Uncovering the Gems of the Philippine Islands - 405 Magazine 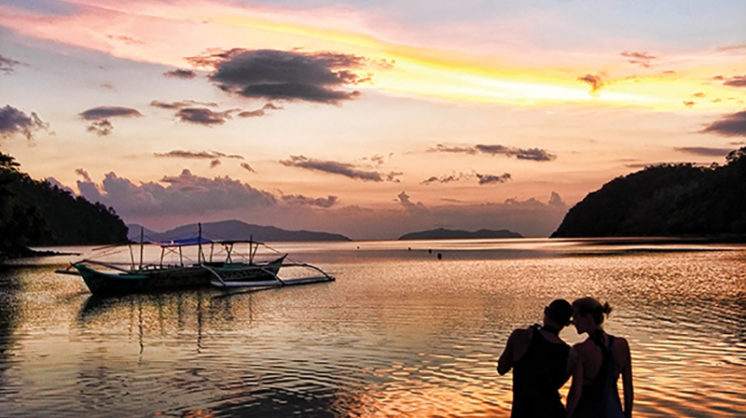 Telling You About The Philippine Islands Is Like Opening My Treasure Chest And Pulling Out One Jewel At A Time.

The Philippines has over 7,100 islands, one for every whim or fancy, but the ones that always call to the free spirit are the ones known for their beaches. Each island retreat is like a one-of-a-kind gem, unique in its own landscape and offerings. And just as each has its own tale to tell, my own life story has been revealed through my journey as a daughter of the tropics.

Last year, Conde Nast awarded Palawan island, one of the world’s best-kept secrets, number one in its Top 30 Islands in the world. Boracay, the country’s party paradise, was National Geographic Society’s Best Beach in Asia, Travel + Leisure Magazine’s World’s Best Island in 2012 and once again one of Trip Advisor’s Top 25 beaches of the world for the year. Even CNN has listed some of the country’s prized pearls in their list of world’s best. I guess the secret is out, so I might as well tell all. This is the story of my love affair with the beautiful islands of the Philippines.

Jewel of the Pacific

On my first trip to Boracay, I was searching not only for a potential partner in life but also for meaning and direction. Barely out of college, the world was my oyster and Boracay was my pearl. Some call the island the Pearl of Asia, and rightly so. Once a virgin island, Boracay has been harvested from her soft bed of isolation and strung into a necklace for everyone to wear. Her seven-kilometer skirt of sand is still creamy white, her waters unwaveringly blue and transparent, at the northwest tip of Panay Island, a one-hour plane ride from the country’s capital.

Claimed and conquered by many, she is ruled by an eclectic vibe, and is populated by the gamut: from bronzed fire dancers to pale-skinned sun worshippers new to the warmth of a tropical sun. She is crowded by sailboats, street hawkers, loud revelers, beautiful tanned bodies and five-star resorts.

The long stretch of the beach is divided into three stations, each catering to different markets. Before long, I found myself in Station Two, drawn by the festive music and the smell of grilled seafood. Makeshift stands displayed the freshest catch of the day – squid, fish, prawns marinated in islands spices. McDonald’s and Starbucks mingled shamelessly with kiosks selling everything from shell chandeliers to designer knock-offs.

I came upon a little shack that sold unique handmade jewelry. A curtain of necklaces tinkled as I walked in, announcing my arrival. Lilac jaspers, smoky quartz and rose agates clamored for my attention. Overwhelmed, I stepped outside and found artists gathered under a tree. They fished out their precious pieces from their backpacks, carefully unwrapping them from colorful bandanas. Calloused hands offered  out a pale burnt orange stone marked with white and olive swirls crafted by time and nature. I was advised to wash the stone in sea water and soak it in the light of the moon before wearing it around my neck as an amulet. I was thinking of it more as an accessory, but never mind that. I had found my treasure.

Coral at My Feet

I bid farewell to my single days on the beaches of Palawan. Days before my wedding, my fiancé took me to the famed island province situated between the South China Sea and the Sulu Sea.
A long and narrow coastline surrounded by hundreds of tiny islands, Palawan stretches 650 kilometers all the way to Borneo. The islands offer just as much variety as Boracay, only it’s not quite as crowded and manic.

But my husband is a bit of a snob. He loathed the idea of staying in a commercialized resort or a hotel chain. He preferred “The Beach” of Alex Garland where backpackers sleep on the sand and not in air-conditioned rooms with fluffy beds. Garland himself revealed that the place that inspired his novel “The Beach” was not in Thailand but actually in Palawan.

And so we ventured into a little-known resort called Coco Loco, a solitary islet, 30 minutes by boat from the main island of Roxas. The seven hectares is marked by an abundance of coconut trees and nothing else save for the few cottages that are spread around the private compound. Once we stepped off the little boat, getting our feet wet in the transparent waters, we knew we had reached THE beach.

There was hardly anyone in sight. The sand looked undisturbed, with no footprints except for a few tiny telltale tracks coming from the jungle and trailing all the way to the beach until they disappeared in the water.

The concept of time disappeared as well. Days on that little island were lazy and spent mostly lying on the sand. The only energy expended was when we explored the coral reefs right outside our bamboo hut and even then, we let the waves do most of the work. We waded in shallow water and within seconds we were transported into a different world: coral that looked like gigantic cabbage leaves crowded the ocean bed. We wallowed in a cornucopia of colors, allowing the water to carry us, rendering our limbs useless and drowning out the noise of our world. Neon-colored fish darted in and out of our dream as if to welcome us home.

Back on shore, the menu was not quite as rich as the ocean floor, but definitely not lacking in taste. A choice of meat or the freshest catch, grilled and sparsely seasoned, with each bite sweet and rich with the flavors of the sea. Every night we washed down our feast with local beer, San Miguel, served to us in ice and crowned with a dreamy froth that reminded us of the airy sea foam we dipped our toes in earlier. Golden amber, it smelled subtly of grains and florals and was dark yet refreshingly light … just like the nights of Palawan.

Jewel of the Sugar Island

Always in search of that undiscovered gem, our road less traveled later led us to the coastal town of Sipalay, but this time we had a toddler in tow. We drove for three hours from Bacolod, the capital of the province, dreaming of sugary sand beaches and ice cold rum. Before long, the low concrete buildings gave way to sugar plantations, interspersed with little barrios where children with smiles brighter than the sun played by the road. Punta Ballo was our destination, a white sand strip that stretches about a kilometer and is sparsely lined with small resorts. It had the variety, and at the same time the seclusion, that we were looking for. A place where we could enjoy the night life and our little one could make sandcastles on the shore, undisturbed.

Our resort, Artistic Dive Resort, is a haven for the lovers of the deep blue. The country has over 420 of the 577 known species of coral in the world, and many of them can be found in Sipalay. The Jewel of the Sugar Island boasts 44 dive sites which showcase not only coral reefs and countless underwater creatures, but also a number of historical shipwrecks. We were content to sit out by the beach every day, watching divers march to and from the water, bathed in the sheen of the water and the knowledge of the secrets of the sea.

The night before we left, we stepped out into a purple light. The sun had left a profusion of deep ruby shades in its wake. It laid a quiet blanket over us, disrupted by the harried energy of the staff carrying dinner tables out to the beach. Wild flowers were ceremoniously placed on each like an offering. By the water, they had built an altar of love – a sand-shaped heart bordered by bougainvillea. We had almost forgotten – it was Valentine’s Day.

We dined with a Swedish couple who had been there for 23 days, exploring the underwater life. The day’s bounty was grilled in front of us and laid out in fans of banana leaves resting on a little bangka (local fishing boat).We feasted on grilled fish and pork, listening to stories of a World War II shipwreck covered with coral they’ve never seen before, of caves and canyons giving refuge to numerous creatures and of a whale shark that played with them for an hour.

We watched the water sparkle like diamonds under the moon’s light and thought, as wondrous as the stories were, we were content to sit ashore. Our treasures were right where we could see them. 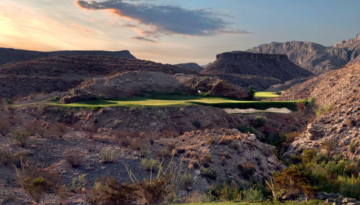 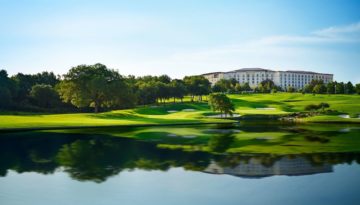