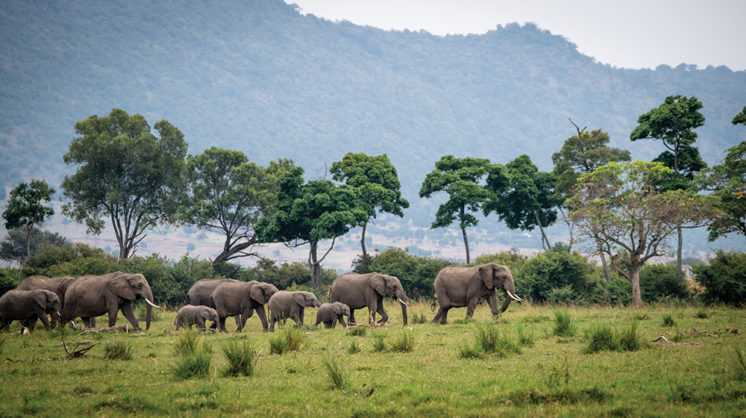 “I could go home happy,” said one of my travel companions, as a herd of a dozen elephants disappeared into a thicket of trees. I understood what she meant. Since our tour with travel operator Abercrombie and Kent and Sanctuary Retreats began, we’d seen three herds of elephants (one of which charged our safari truck briefly when we got too close to a calf), baboons, giant herds of zebra, giraffes, wildebeests, water buffalo, ostriches sprinting about with wild abandon and a handful of monkeys – one of which I was certain wanted to steal my camera. We’d also come across impala, the endearingly small dik-diks, jackals and some kind of mongoose. “I mean it,” my co-adventurer repeated, “I really could go home happy.” 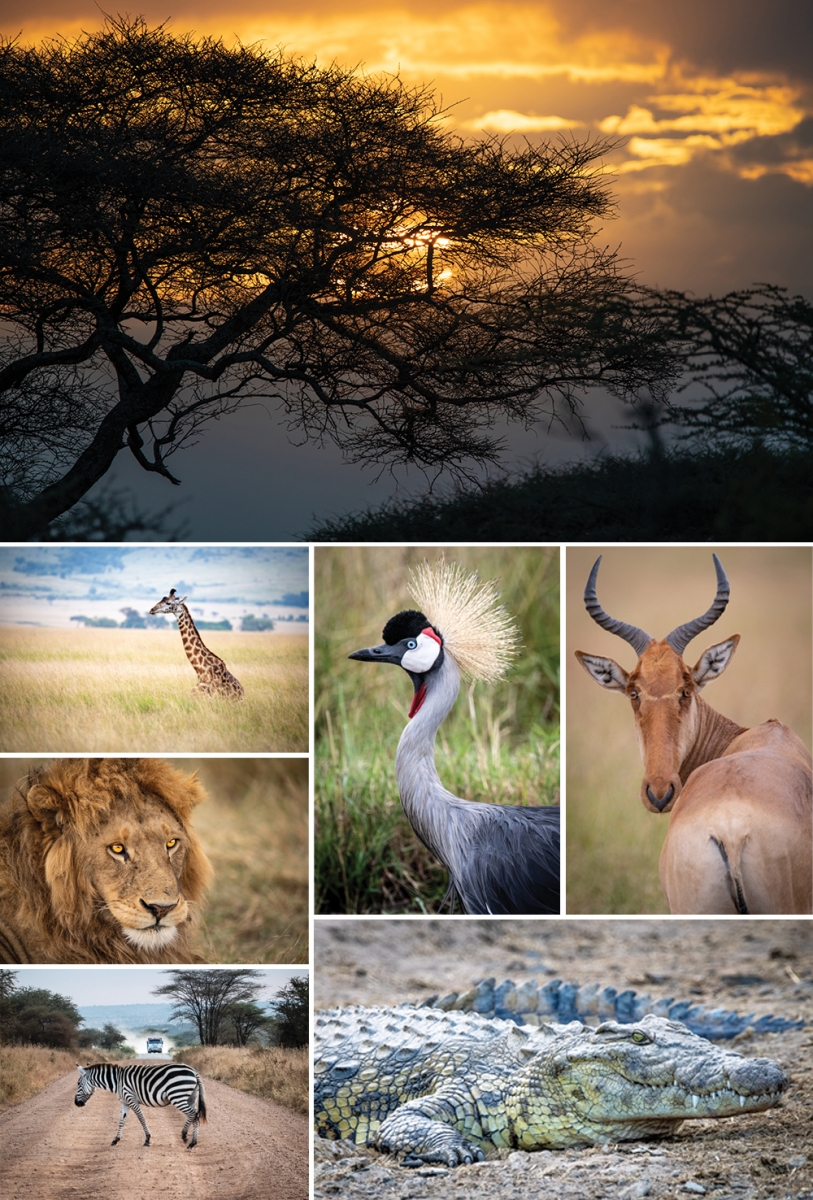 I shared the sentiment – and what made it so impressive was that after traveling more than 8,000 miles to see these remarkable animals, we’d been in Tarangire National Park less than an hour. An African safari had been at the top of my bucket list since I was a child. Now, suddenly, the continent’s towering acacias, thunderous beasts and vast savannah swirled all around me, far surpassing any expectation. I was grateful to be staying a week, but just half an hour amid these timeless creatures created a sense of satisfaction that would exist inside me in perpetuity. I would most definitely go home happy. 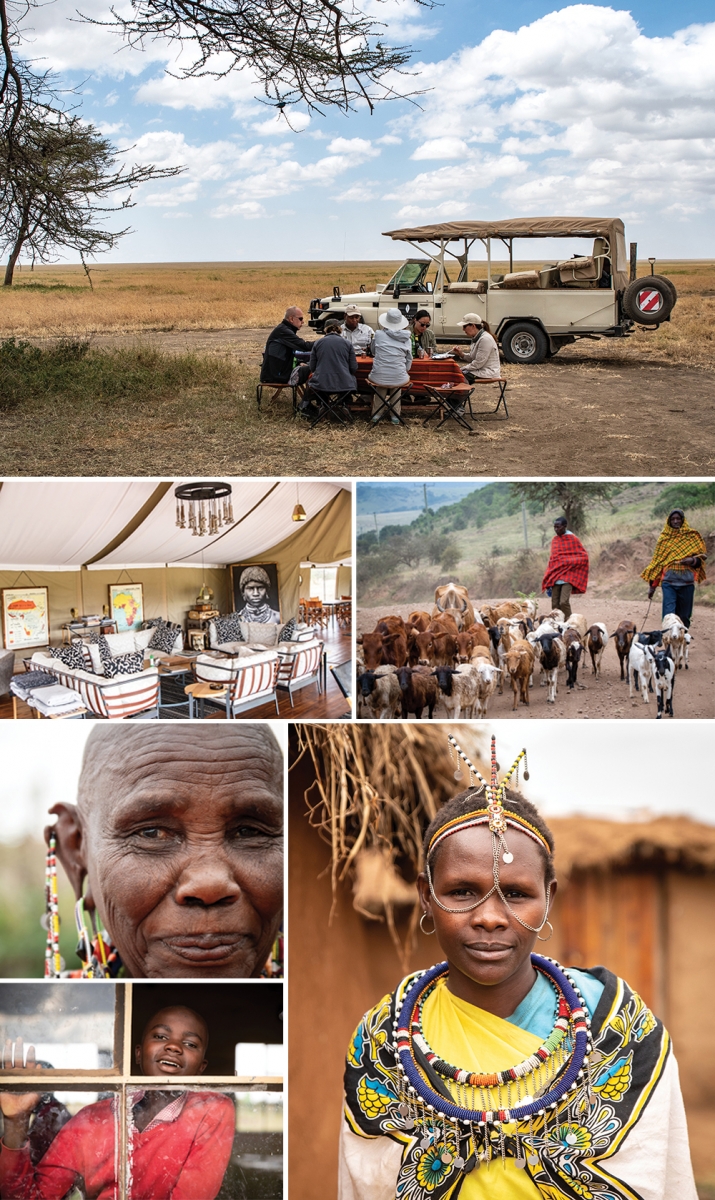 After a night at Sanctuary Retreats’ recently renovated Swala property, we headed north to the Serengeti. There we would stay at Sanctuary’s Kichakani, a luxury canvas tent camp that moves three times over the course of the Great Wildebeest Migration. Guests sleep under vast stars, among the lions and elephants, listening to the animals of the night as they move through the camp. Last, we would cross the border into Kenya to stay at Sanctuary’s crown jewel, Sanctuary Olonana, and would wake up to hippos basking on the shore of the Mara River just outside our balcony. 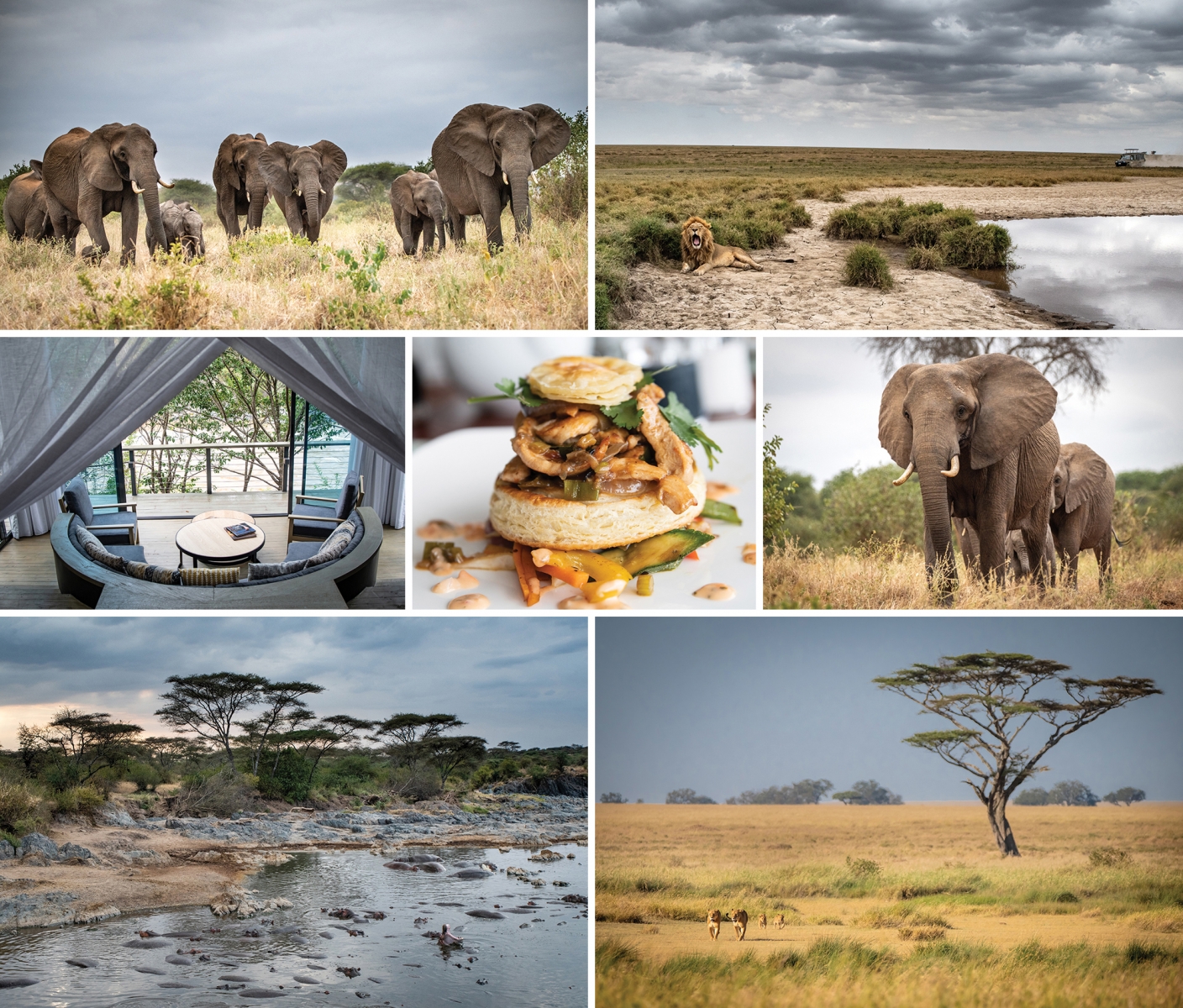 We concluded our safari by immersing ourselves in the culture of the Maasai people who dwell in the hills above the famed Maasai Mara – and by viewing more wildlife. The radio crackled as we trundled down the bumpy dirt road, monkeys scampering out of our way as we pressed onward. Filbert, our guide, turned to us with a smile. “There is a leopard,” he said. “We must go fast if we want to see it and make it to camp before the sunset.” And with that, we were off, happy as could be. 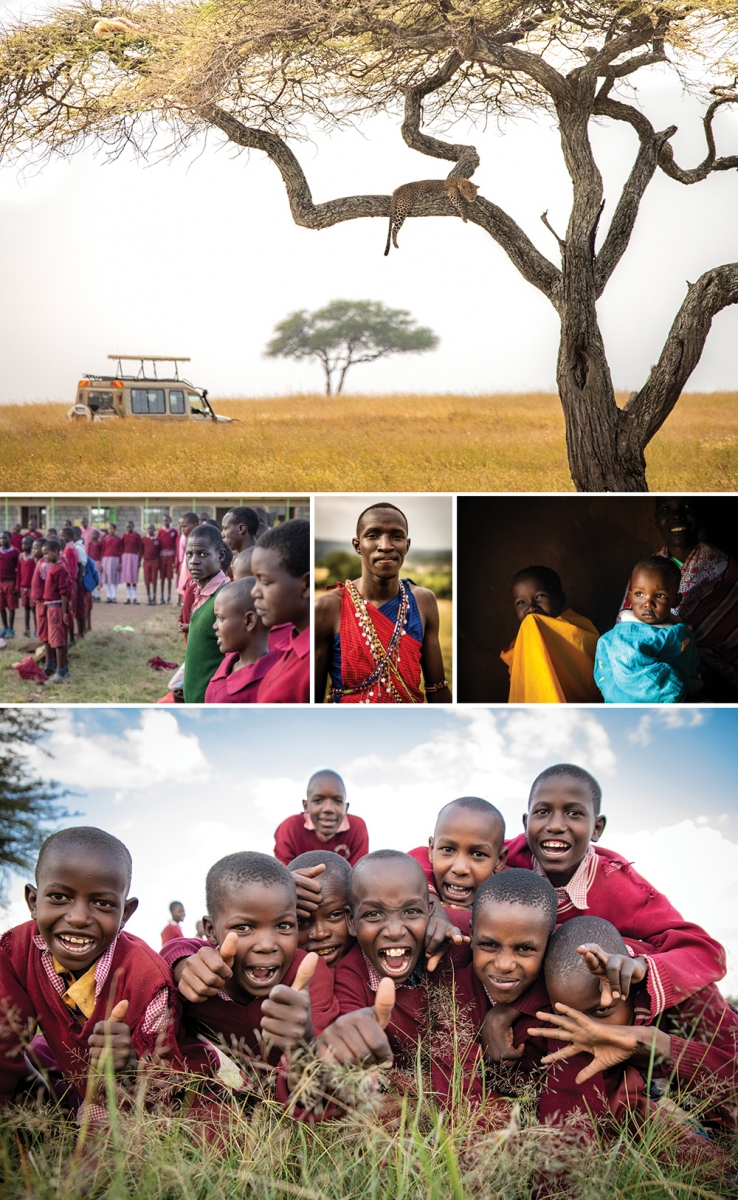