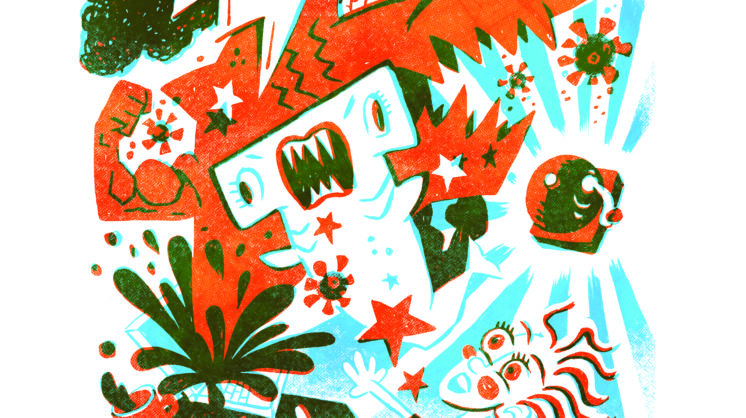 In my love-hate relationship with social media, I walk a fine line on many subjects – not because I don’t have opinions on a given topic, but because I know I have less interest in hard-hitting topics like politics, science, and climate change than I have in, oh, say, a quiz on “which OPI nail color are you?” I use social media for its social connectivity and entertainment. Is that so wrong?

I’m struggling, as I imagine you are, too, with a scorching case of COVID burnout. The novel coronavirus has lost all its novelty. To the same extent that I appreciate the seriousness of the pandemic and the social issues of the day, I also wonder, “What else is on?” The news stories of 2020 have been so unrelentingly intense that I’m reminded of the penultimate scene of the movie Moonstruck when the family, gathered around the kitchen table, braces for an uncomfortable confrontation that’s about to take place. Buckling under the tension, the family’s elderly patriarch breaks the silence and pleads, “Somebody tell a joke or something.”

I’ve been feeling the same way all year. I thought the tension had finally broken a few days ago when I got a push notification from NPR that announced that the President had re-tweeted a post about the CDC’s credibility on the science related to COVID-19.

Convinced I’d misread the notification, I did a double-take: the President, theoretically the most powerful leader of the free world, hadn’t re-tweeted an observation by infectious disease expert Dr. Anthony Fauci; he had instead recognized the 1970s/1980s game show host of “Love Connection” renown, Chuck Woolery!

Woolery, brimming with the what-me-worry credibility of a game-show-host-turned-freelance-epidemiologist, tweeted that the CDC (among others) is lying about the pandemic to hurt the President in his November bid for re-election.

This was the comedic relief I’d been waiting for all year. I took a screenshot of the headline and texted it to a few friends who joined me in a collective guffaw. Still giggling, I posted the screenshot on Facebook with a game show-themed caption: “Sorry, Mr. President, but I only rely on Wink Martindale for my pandemic advice!”

Shots fired! My comic overture was all the blood in the water the hair-triggered social sharks needed to engage. Within seconds, they moved in and hijacked a hilarious observation, attacking one another while defending their own political platforms in the middle of my post about Chuck Woolery! If Facebook had been a bar at the time of my post, flying fists, furniture and COVID droplets would have ruined the weekend.

My humor-appreciating friends tried to bring the conversation back to center by adding photos of their favorite notables from the hallowed game show host hall of fame – Bob Barker, Drew Carey, Bob Eubanks, Richard Dawson, Monty Hall, Pat Sajak and the king of them all, Alex Trebek.

I later read that Chuck Woolery’s son, sadly, was diagnosed with COVID-19, prompting Woolery to do a 180 on his stance that the disease is a “political hoax.”

The truth about the pandemic might hover somewhere between the pontifications of the game show host and the world’s leading expert on infectious diseases, but our social media climate is too volatile for the debate. (Woolery deleted his account soon afterward.) I hope that one of 2020’s most enduring lessons for all of us will be to be kinder to one another and learn to laugh again.

Somebody tell a joke or something!