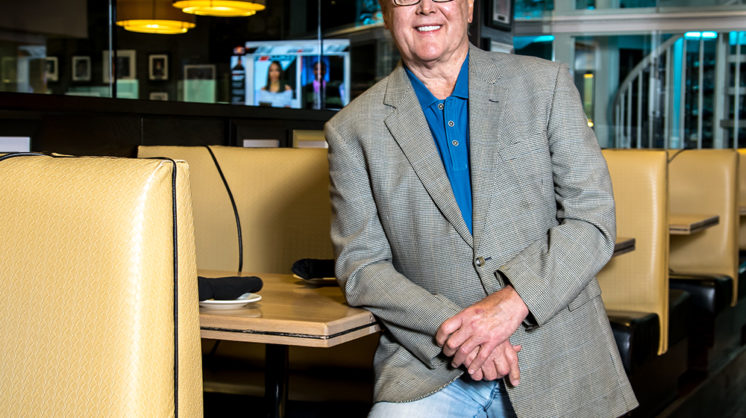 Over the next approximately eight weeks, the replacement for KD’s Southern Cuisine will itself be replaced by Charleston’s – the upscale casual restaurant is the backbone of the Hal Smith Restaurant Group, and company president Hank Kraft said he believes HSRG should probably have just gone with its “bread and butter” when KD’s closed.

“We thought the partnership with the Oklahoma Hall of Fame would give us a favorable response,” Kraft says, “but I don’t think people really embraced the concept once KD left.”

Legacy Grill opened Sept.12, 2016, and the theme focused on famous Oklahomans. Much of the décor was on loan from the Oklahoma Hall of Fame, and the menu was right down the middle of beloved Sooner State cuisine: fried chicken, meat loaf and other Okie favorites. An extensive wine list and an abundance of parking were added bonuses, but the volume of business never followed.

As with the transition from KD’s to Legacy, HSRG has retained the restaurant’s staff, including GM Nathan Couch, and they are taking shifts at other company restaurants until Charleston’s opens.

“They are a good team, and many of them are the same people who went through the first transition,” says Kraft. “They’re valuable employees, and we’re happy to keep them on payroll. They said they want to hang in and learn the Charleston’s way.”

Charleston’s focuses on excellent team service, a full bar and staple foods such as baked potato soup, salads, ribs, burgers and steaks. The concept has been a local favorite for decades, and while other HSRG concepts such as The Garage might have been more visible recently, Charleston’s dominates the $12-$25 category.

Kraft said the work would begin as soon as the equipment necessary to do the build-out arrives. The exterior will remain much the same, except for signage. The back-of-house will require minimal changes, but the interior will be mostly redone with Charleston’s signature stone, mahogany and warm lighting.

“We are thinking about eight weeks,” says Kraft, “but that depends on construction. Right now we’re expecting late August or the first couple of weeks of September.”

Kraft did say there would be a more modern, urban feel to this Charleston’s, much as the company undertook with downtown’s Mahogany Prime Steakhouse. The striking wine storage will remain, but the list will start as Charleston’s offerings (which are greatly scaled down).

“We’re flexible, though,” Kraft says in response to questions about the list. “We get a lot of travelers and business customers down there, so if we get requests for more wine, we are certainly open to that.”

The last remaining dishes from KD’s and Legacy will be gone. The company is going all-in with the Charleston’s concept, and so the menu will be the one Oklahomans seem to love.

“People know Charleston’s,” Kraft says. “They like the concept, so we’re going to do what we should have done, which is stick to our guns and go with Charleston’s. We’ll keep people informed about our progress on social media over the next several weeks, and when we open, we’ll do something special. We’re just not sure what yet.”