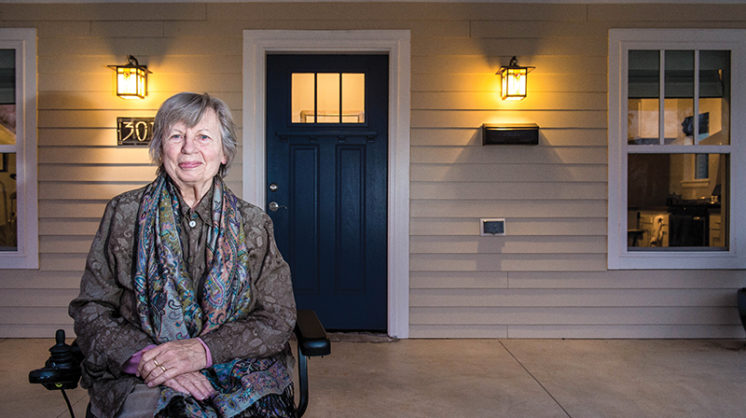 Jessica Thompson is reminded of the Italian explorer Christopher Columbus when reflecting on the transformation taking place across many urban Oklahoma City neighborhoods, including her own in Classen Ten Penn.

“People say he just came in and said ‘I discovered America,’” says Thompson, who is a Realtor for Loxwood Realty. “You kind of see some of this neighborhood [redevelopment] as a modern-day Christopher Columbus. It’s easy for people to come into a neighborhood and try to improve it without any knowledge of what already exists and thinking they discovered it.”

Thompson’s critique of Columbus “discovering” a land that was already inhabited relates to today’s process of gentrification, which, like Columbus, is a concept that is celebrated or rebuked, depending on who you talk to.

Like nearly every major city in America, Oklahoma City experienced a mid-century exodus of affluent families from the urban core to outer suburbs, leaving lower-income and mostly minority residents behind. However, the injection of new investment in downtown and urban communities over the last decade has seen the return of more affluent residents, bringing with them higher housing prices and rents.

“Gentrification looks different in different cities,” says Shannon Entz, a senior planner with the city who works in the Classen Ten Penn community. “It’s happening in Oklahoma City, but maybe not at the same degree as places like Austin or Seattle.” 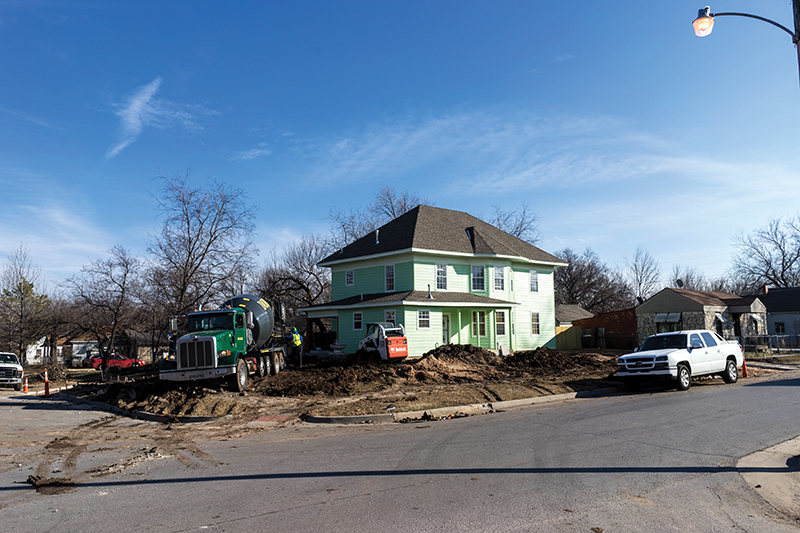 The public policy magazine Governing attempted one of the most in-depth looks at gentrification in America recently when it analyzed data in the nation’s 50 largest cities. The report named Portland, Washington, D.C., Minneapolis and Seattle as the top gentrifying cities. Oklahoma City landed in the middle of the list behind cities such as Nashville and Omaha, but ahead of cities such as Indianapolis and Milwaukee.

Last purchased for $32,000 fewer than than two years ago, a four-bedroom craftsman home in Classen Ten Penn at the corner of North Ellison and 11th Street is now listed at $245,000. It’s a higher-than-average asking price in this central Oklahoma City neighborhood, but it’s hardly the only home in the area fetching a quarter million dollars.

The Classen Ten Penn neighborhood, located south of the popular Plaza District, is still mostly made up of moderately priced homes that show their century-old age. But on nearly every block in this up-and-coming neighborhood there seem to be high-priced homes attracting an affluent owner in what was once strictly a low-income community.

Public records compiled by the real estate search engine Trulia show that in Classen Ten Penn the average for-sale price topped $100,000 in 2010 and is now close to breaking the $200,000 mark. 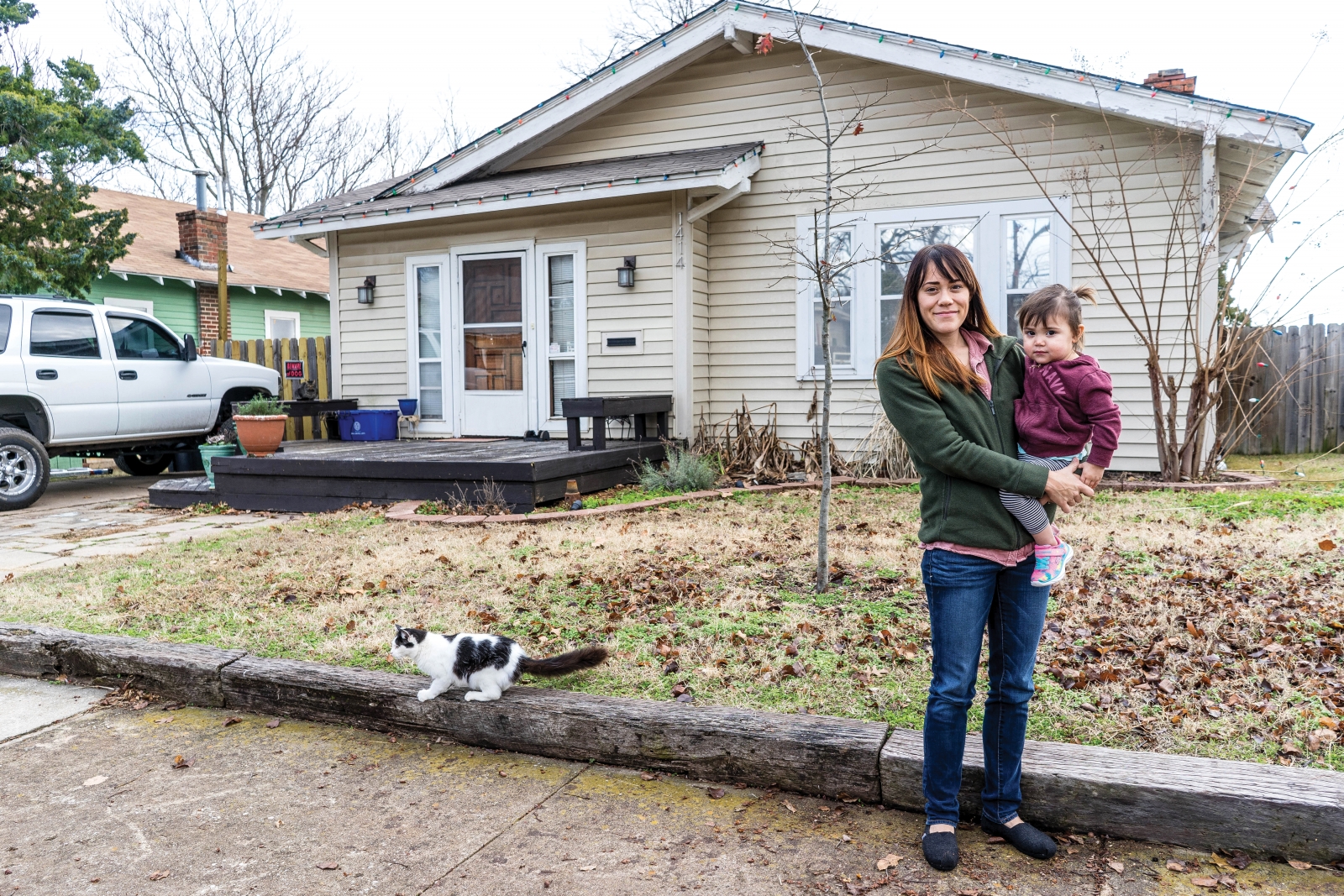 Aspects of gentrification have hit Classen Ten Penn, but rather than becoming a neighborhood-wide phenomenon, it appears to be occurring on a block-by-block, or even house-by-house basis.

“I do see property values increasing,” says Cayla Lewis, a Classen Ten Penn resident and member of its Neighborhood Association. “But this remains a diverse neighborhood and we kind of want it to stay that way. We aren’t trying to be a suburb here.”

A family making the census-reported city average of $45,000 a year can still find a sub-$100,000 house in Classen Ten Penn, but might find themselves priced out of nearby areas such as Mesta Park and Heritage Hills. Home values in those neighborhoods now average $350,000 – almost triple the average from a decade ago, according to Trulia.

By comparing income levels, housing prices and educational achievement between census data from 2000 and 2010, Governing’s research determined that nine specific tracts in Oklahoma City had gentrified during that time period. Three of those tracts were located north of 23rd Street in the neighborhoods of Jefferson Park, Central Park and the Paseo Arts District, where home values increased by as much as 77 percent. 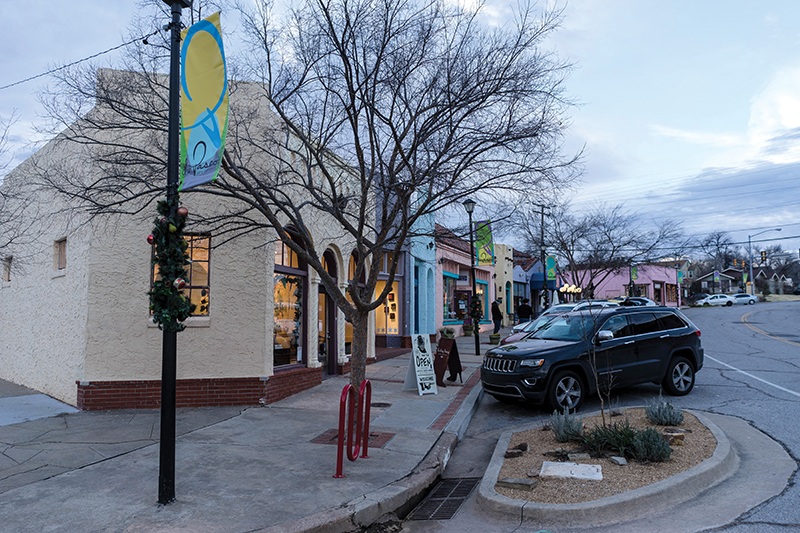 The rise in those home values comes at a time when the 23rd Street business corridor has exploded with growth as trendy restaurants and boutiques have made homes and apartments within walking distance more desirable.

“There is such a huge movement back to the urban area right now, and we are seeing prices go through the roof,” says Neila Crank-Clements, executive director of Positively Paseo, a nonprofit that revitalizes homes in urban OKC. “Our [organization] continues to focus on affordable housing so people of limited incomes can enjoy those amenities that are growing in the area.”

Some of the homes revitalized by Positively Paseo are sold below market value, offering lower-income families the chance to remain in urban neighborhoods like the Paseo Arts District and Classen Ten Penn.

“Diversity in anything is important in order to keep the momentum going,” Crank-Clements says. “And that includes neighborhoods. I think the best neighborhoods are those that are diverse.”

New skyscrapers full of high-paying jobs are attracting more affluent residents to the urban core, but there is also a growth of service-related jobs and other employment sectors that are crucial to city life, but may not offer the salary needed to buy a $250,000 home.

“When you think about all the people who live in a city, you have to think about people like education professionals who have lower salaries,” Crank-Clements says. “I think it’s important for them to live in these neighborhoods. There are also lots of pastors and retired people living on a pension. These types of [residents] kind of add to the diversity of neighborhoods, but it might be hard for them to find something that is affordable.” 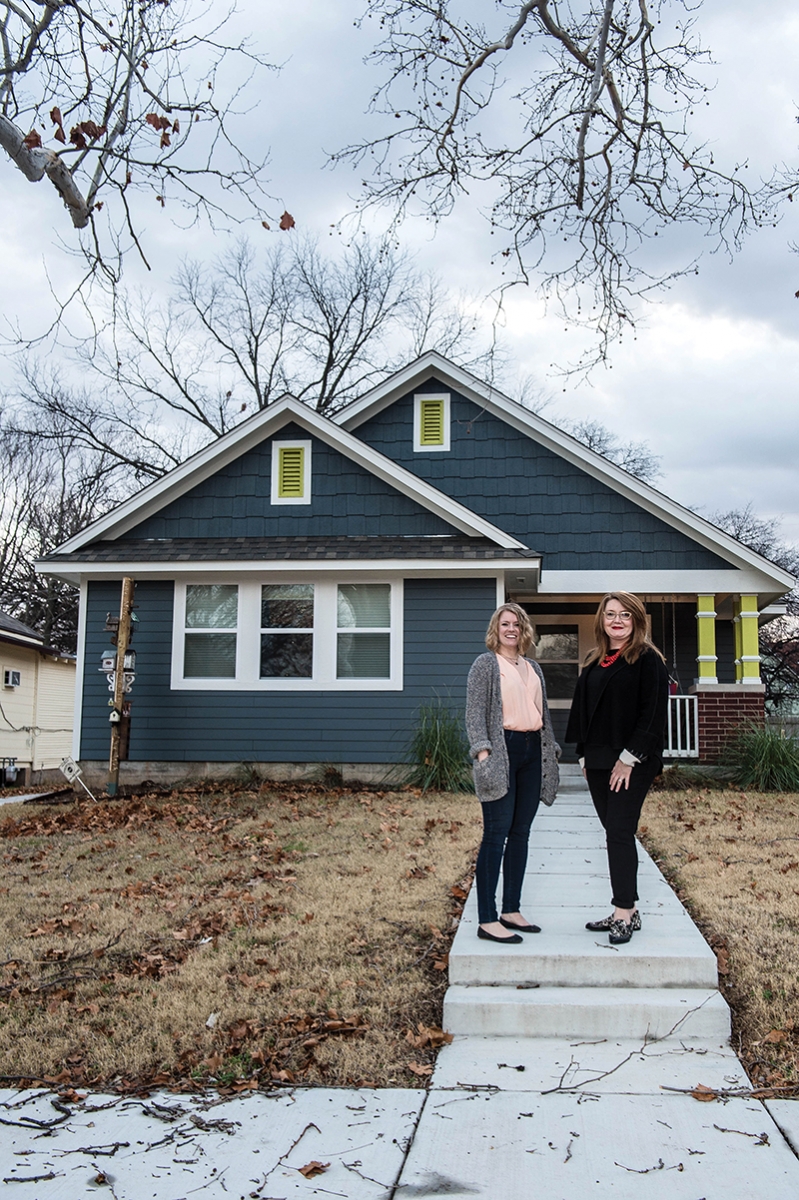 For Entz, whose planning department is working in three specific Oklahoma City neighborhoods, there is a difference between gentrification and general improvements that make a neighborhood safer and more attractive to all citizens.

“All three neighborhoods [we work in] through the Strategic Neighborhoods Initiative were really starting out with no investment,” Entz says. “But now we are seeing fewer boarded-up homes, more owner occupants and more stable renters.

“We are working to empower residents to contact the city and help improve their neighborhood. That includes those who already live in the neighborhood.”

Entz said her department also tries to pay attention to predatory actions by landlords who might be trying to make a quick buck. Thompson said she sees that side of development as a Realtor when attempts are made to purchase large amounts of property to be flipped for the highest bidder.

“Whenever people are wanting to move into an area, there are some people who want to take advantage of that,” Thompson says.

However, Oklahoma City has some advantages when it comes to avoiding the wave of gentrification seen in other cities. There remains a large housing stock in the urban core, and while salaries and costs of living have grown in recent years, they haven’t reached levels seen in places such as Austin and Seattle.

“In Seattle, any housing or community with any type of water view is going to fetch a lot,” Entz says. “Obviously, we don’t have that issue here. We are more like Austin, but even they have a university right in the heart of the city, and that has an impact.

“We have our own unique situation, and that means gentrification might not be the same here as it is in other cities.”