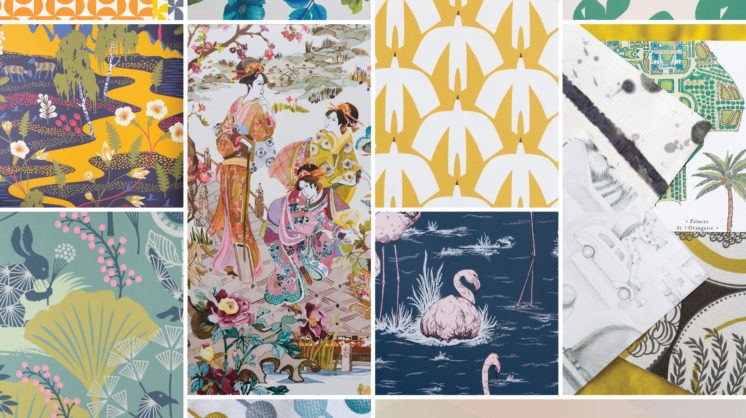 Wallpaper is a commitment. And largely due to the aggressive floral and paisley patterns of the neurotic ’80s, combined with reminiscences of the musty smell of grandma’s house, wallpaper has been a commitment that most folks, in the last decade or three, have chosen to avoid. 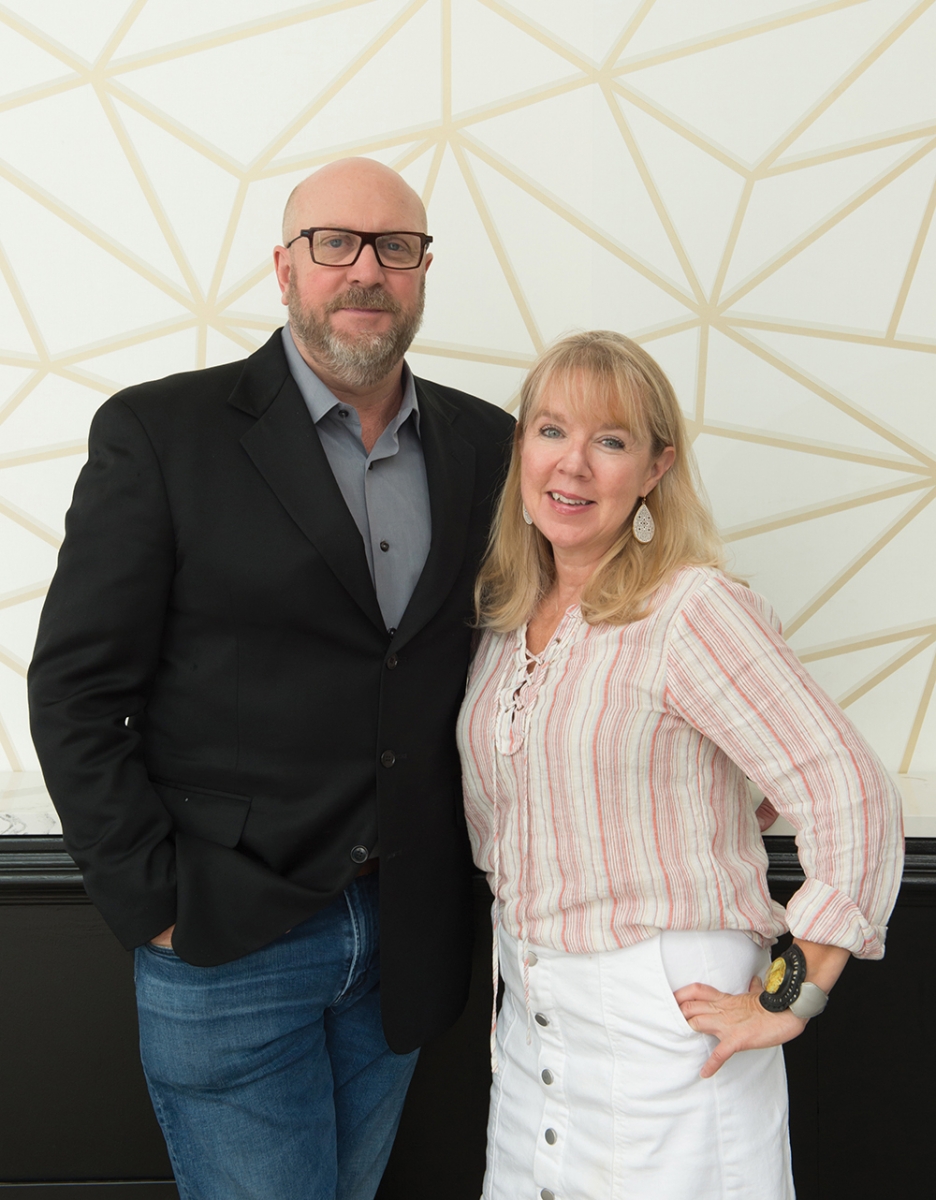 “Wallpaper was so popular in the late ’80s to mid-’90s that it became a discounted commodity,” says Ronnie Ketch, owner of Ketch Design Centre. In 1961, Ketch’s father Ron began a paint and paper store in south Oklahoma City, and it has been the family business ever since. “By 2000, wallpaper sales declined. Faux painting became popular. Designers were decorating houses to look like medieval castles. Wallpaper was still being sold to more affluent, high-design consumers, but not anything like it had been.”

Now, though, the wallpaper trend has been resurrected like beards on hipsters, and is spreading across the walls of some of the city’s most beautiful homes and offices. Not, however, in the eye-straining way of the ’80s. “Today, contemporary looks and vivid color are what is desired. Whimsical prints and geographic patterns have led the way,” Ketch says. “Social media, bloggers and interior design sites have shown a new generation how wallpapers can drastically create a feel or a mood for a room.”

An application of wallpaper offers homeowners a chance to dramatically change the interior of their home with one decision. “I have always thought of wallpaper to be the easiest way to pull colors and design ideas together in a house,” he says. “A good example would be having a homeowner wanting to change a traditional home into a more contemporary home.” 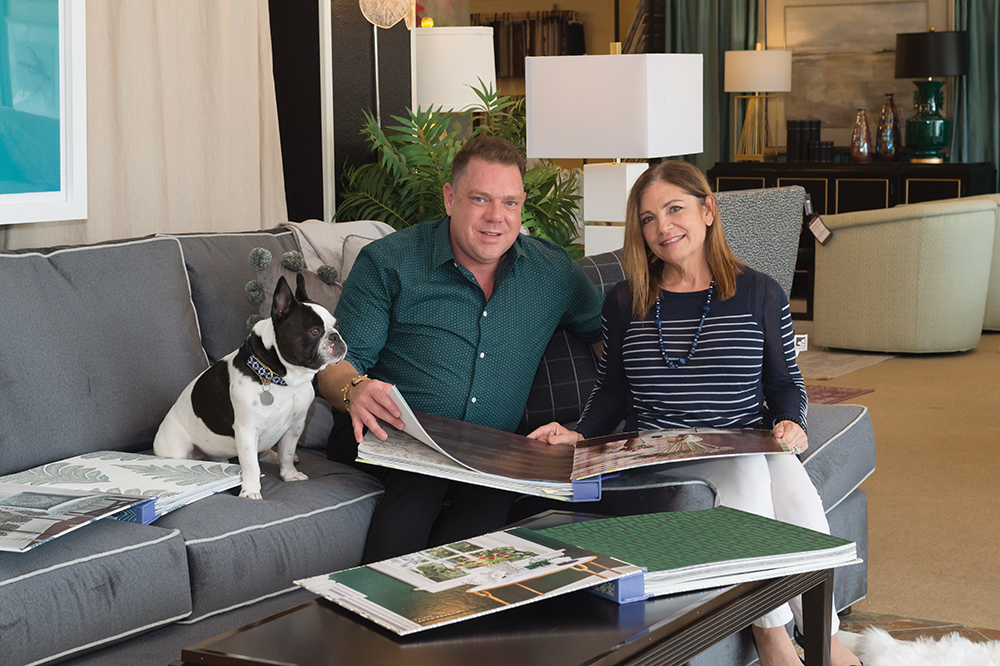 Ryan Johnson and Cindy Curley are co-owners of Norwalk Furniture and Design, which has been in business in the metro for 20 years, and also passionate wallpaper enthusiasts. “One of my favorite trends is to use a larger scale pattern in a small space, such as a powder bath,” Ryan says. “It gives a lot of impact to the space, and really eliminates the need for many other design elements. The wallpaper packs all the punch. We are seeing a lot of brighter colors: emerald, magenta, navy, orange, turquoise and lime, usually in a combination. There are a lot of popular options — and we have options to fit any design theme, from traditional to modern and everything in between.”

Kristen Bohanon and Sarah Geiger, owners of KASA Wallpaper Studio on North Western, always believed that wallpaper would make a comeback. Bohanon, who had been in the interior design business for years, joined up with longtime friend Geiger to open their shop in 2011, and they’ve quickly become part of the wallpaper explosion across the metro. “Wallpaper trends vary because it is such an individual creative choice,” Bohanon says. “Even the oldest types of wallcoverings, such as grasscloths, toiles and damasks, continue to be reinvented with fresh new colors, patterns and scale to create a current look.” 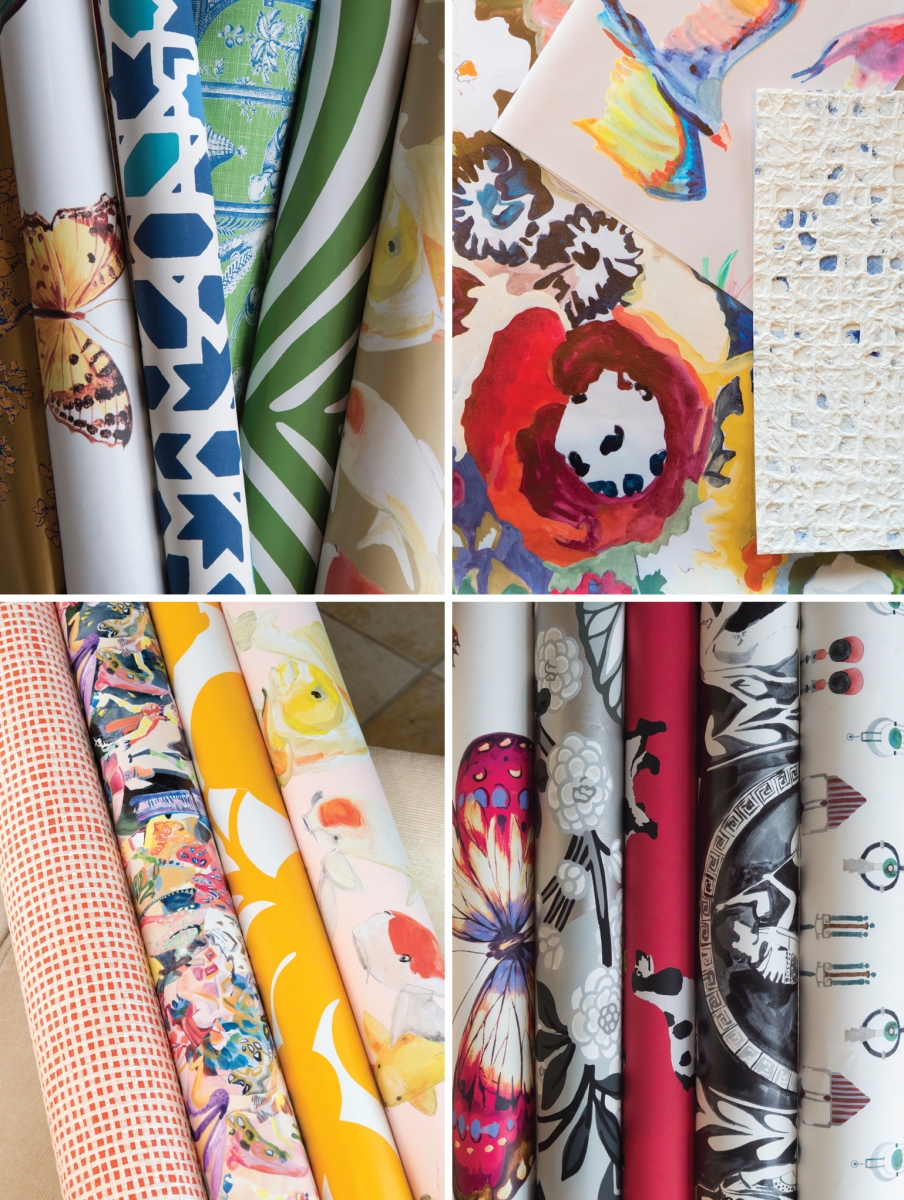 “When a client questions the use of wallpaper over paint,” she says, “we like to quote one of our favorite original boutique lines, Flat Vernacular, which says, ‘Paint is boring. Pattern is best!’”

KASA carries many smaller, boutique lines from the east and west coasts, whose designs are truly created by the hands of the artists. They also provide the industry giants. “The more tried-and-true companies, such as Schumacher, Osborne and Little and Pierre Frey, never cease to amaze us with their unique and beautiful wallpapers,” Bohanon says. 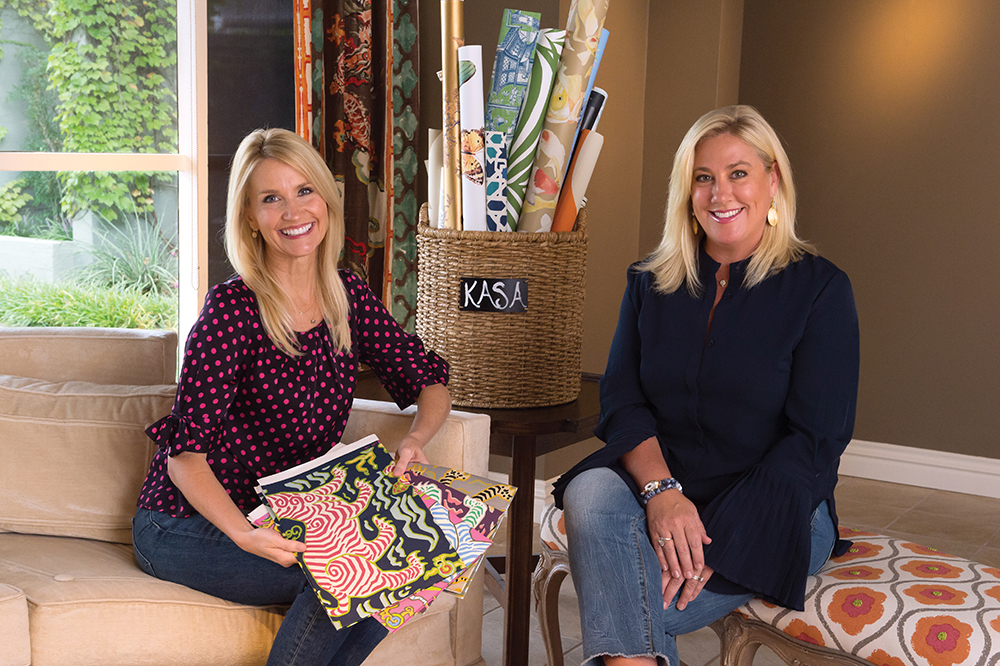 And while wallpaper is understandably hot right now, given its slide from the spotlight in the eighties to mothball scented infamy, one can’t help wondering whether the trend may once again fall by the wayside. “I think wallpaper is here to stay mainly because of all the new options out there,” Bohanon says. “So many new techniques with funky textures and textiles. Wallpaper got a bad rap when it became old and stale, but I don’t see it ever going out of style again. As long as designers keep coming up with fabulous designs, people will keep coming back for more.”