“We Believed in the Sun” at OK Contemporary - 405 Magazine 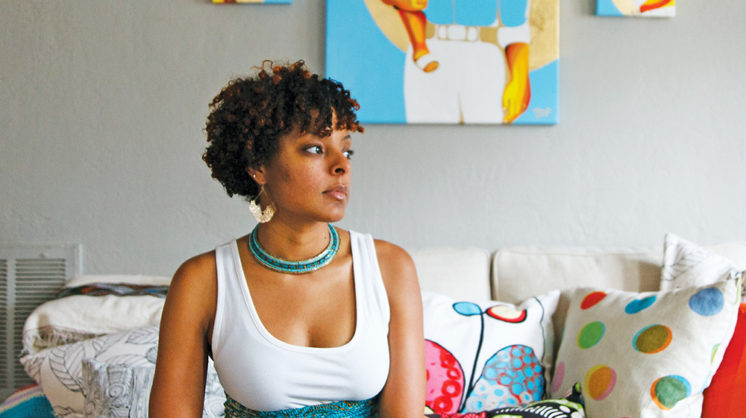 Both Dallas and Tarver have deep roots in Oklahoma. In fact, Tarver’s father was a photographer in the state for decades, and his son uses the elder Tarver’s photographs of Fort Gibson from the 1940s and 1950s as part of the show, whose name comes from a Clara Luper quote: “I came from a family of believers. We believed in the sun when it didn’t shine. We believed in the rain when it wasn’t raining. My parents taught me to believe in a God I couldn’t see.”

Dallas has been involved in various Greenwood projects for more than a year and a half in preparation for this year’s commemorative events of the Tulsa Race Massacre. After Barrera approached her about the show, she began to consider the pieces she would gather and create.

“I was looking for pieces that helped tell the story of Civil Rights in Oklahoma, and speak to the Black community, and include my own personal story,” Dallas said. “It was a big collaborative effort because several of my pieces were already in private collections, so we had to gather those, and we ended up getting all but one. That one clearly didn’t kill the show.”

The theme of fatherhood weaves the disparate but similar narratives together—both the struggle of Black men and the larger Black community for equal opportunity and justice. Tarver’s father took the photos during Segregation, and Tarver reimagines the locations and cultural context in a contemporary framework. Because of its historic importance to Oklahoma’s Black community, much of Tarver’s contributions focus on Deep Deuce.

Dallas never knew her father. Hers is a story of a young woman assembling the pieces of a narrative puzzle over decades, from the death of her father before she was born up to the present, when the whole story is still not known.

“I think we both wanted to explore our fathers’ personal histories and experiences and to interpret and reinterpret them artistically,” Dallas said. “The curators picked from images I submitted, and then I created new pieces for the show, too. We were gathering and creating pieces that fit the theme.”

The show has tremendous impact overall, both at the personal and corporate level, and while the family narratives are profound and moving, the architecture of Black Oklahoma offers a silent reminder and rebuke that the state and its non-Black residents didn’t see what was obvious in the churches and homes and public buildings in Black communities: Theirs was a culture trying to build lives and legacies for generations, contributions that would push past the boundaries of the Black community and benefit everyone in the state. But white Oklahomans wouldn’t have it, and the Tulsa Race Massacre and all its horrific echoes still shape the lives and narratives of our Black neighbors.

Admission to Oklahoma Contemporary is free, and hours, other information, and free tickets are available at OklahomaContemporary.org 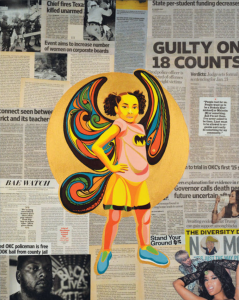