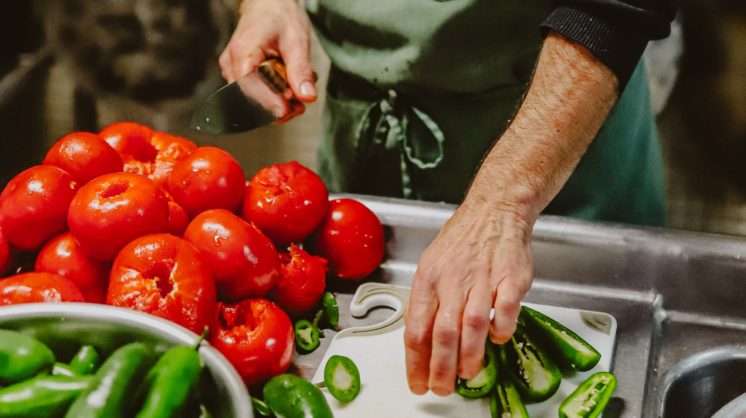 When the history of a salsa brand includes the line “Testing the results of his efforts on his golfing buddies…” there may be a bit of an authenticity issue. David Pace’s creation wasn’t really authentic in the strictest sense, but the original products were developed in the back of a gas station to serve as a condiment with food, so it began small and with the best of intentions. Campbell’s – the soup company – purchased Pace in 1994 for just over $1 billion, so it’s fair to say Americans loved the product, and clearly still do.

That Pace served as the introduction to salsa for so many Americans is actually unfortunate, if the goal is to taste what the people who created a dish actually had in mind when they created it, and if the spirit of the dish is to be preserved. A story from culinary creative and partner at The Market at Commonplace Chris Castro (both his parents were from Mexico) will help illustrate the issue.

“When I got to college, I made salsa for the week,” he said. “It’s a condiment, so it goes on eggs, tacos, anything I would eat that week. When I got home from class, my salsa was gone. My roommates had destroyed it with a bag of chips. I had never seen anyone eat salsa on chips. I love it, now, and so does my family, but that was a weird moment.” 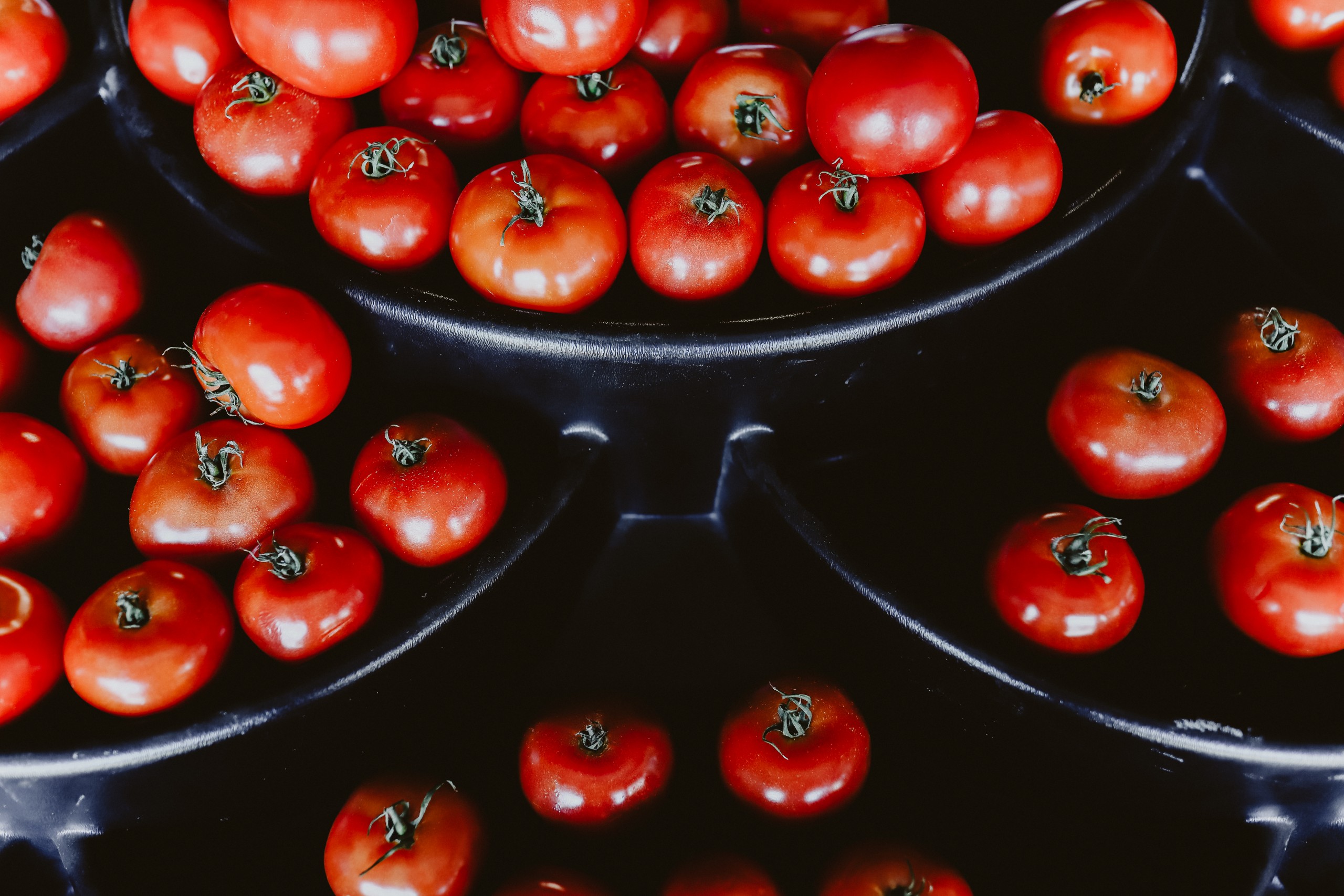 For Mexican and Mexican-American culture, salsa is something you make at home. Castro said there is only one place in town he’d even consider stopping to buy salsa he didn’t make himself: Supermercado Morelos.  It’s also meant to be a condiment, like chimichurri or pesto, not an appetizer, but it’s pointless to argue that the genesis of the thing should determine its ultimate purpose; salsa has made the transition to appetizer, and no one is mad about it.

Sarai Gutierrez makes all four salsas sold at Café Siete, a taqueria tucked inside Total Express and operated by Café 7’s partners. Traditionally, taquerias make their own salsas, and they pride themselves on the quality and distinctiveness of their products. Just take a tour down SW 29th or SW 44th and taste the various salsa verde choices and you’ll notice a pronounced lack of sameness. 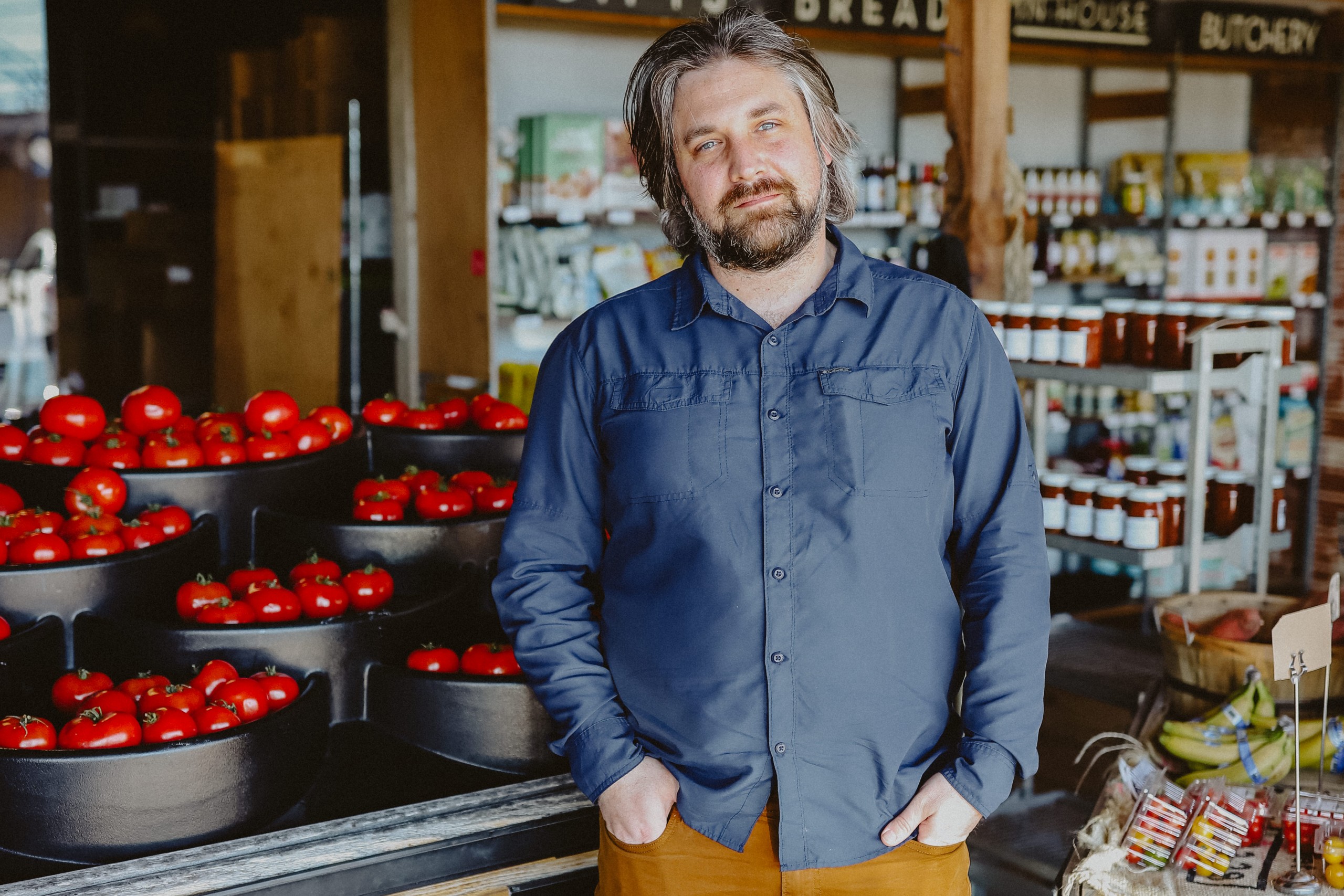 Gutierrez makes a habanero salsa, red, green, and a pineapple-arbol that is one of the best salsas in the city. The recipe is hers, but she talks easily about the components and the process. “We make it by the gallon, so it’s a whole pineapple and a pound of dried chile arbol,” she said. (Reducing is pretty straightforward math.) “We cook the pineapple with white onions, garlic and salt on the flattop, and then flash fry the dried chiles.”

Cooking the chiles both rehydrates them and deepens the flavor, and if you have time, roasting is the best method. When all the ingredients are combined, a cup of white vinegar is added. Vinegar, like salt, is a flavor enhancer, and per Gutierrez, it adds a nice tang at the end. “Vinegar also reduces the heat of the chiles if they’re too intense,” she added. 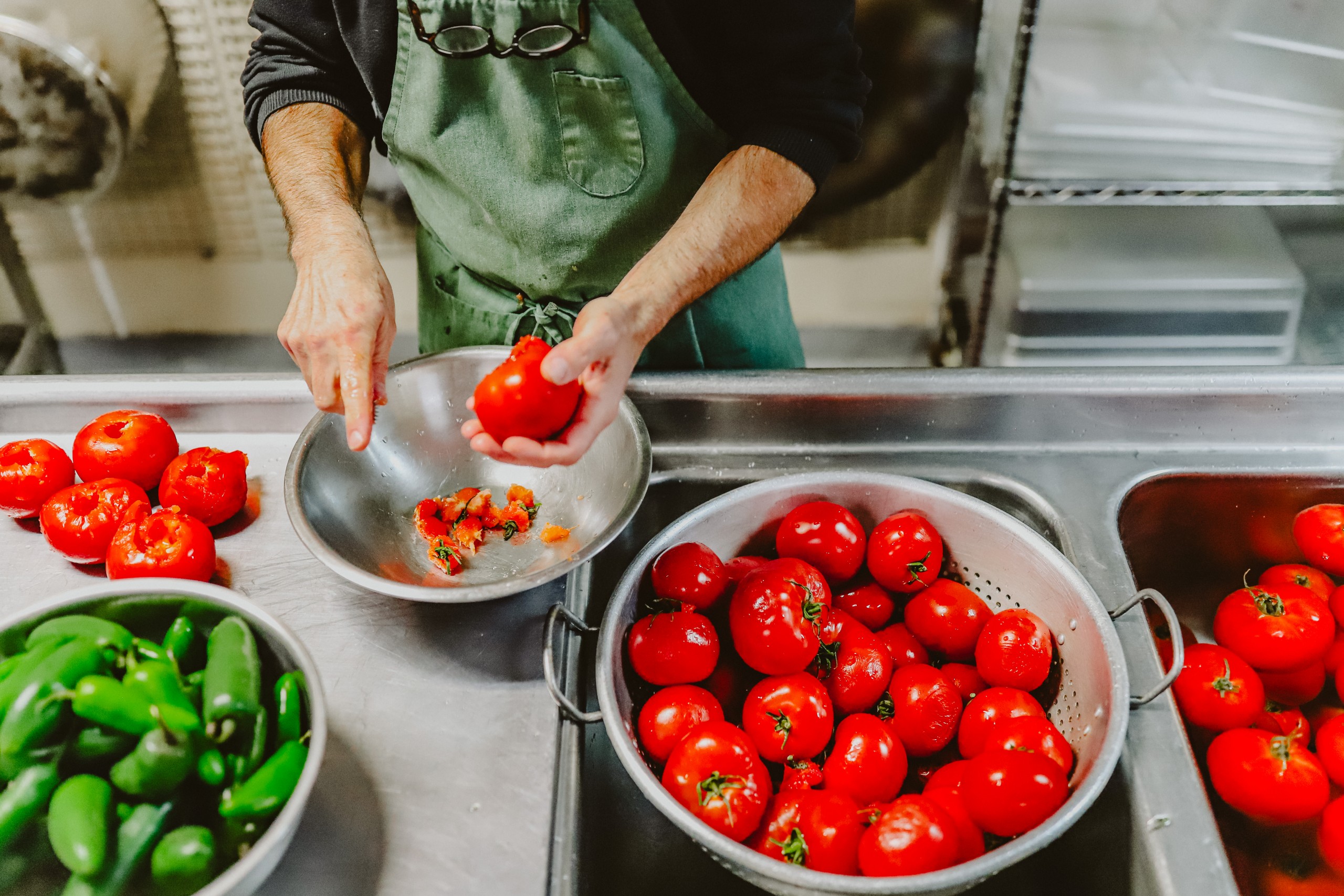 For a sweeter variation, she uses mango. Sugar and vinegar both work to tone down heat. Spicy salsa is fine for those with tolerance for it, but Gutierrez believes that heat has to be tamed to a certain point. “You want to be able to taste the arbol.”

What Pace really did for non-Latinx America, though, other than introduce us to an obscure (outside of the Southwest) condiment, was train us that salsa is something you buy at the store, not make at home. The salsa explosion really began in the late 20th century. When Pace came to prominence in the 1970s and 1980s, chips and salsa wasn’t a common restaurant option outside the Southwest. Desire drives development, though, and every chip company soon had their own jars of salsa helpfully placed directly on the chip aisle. 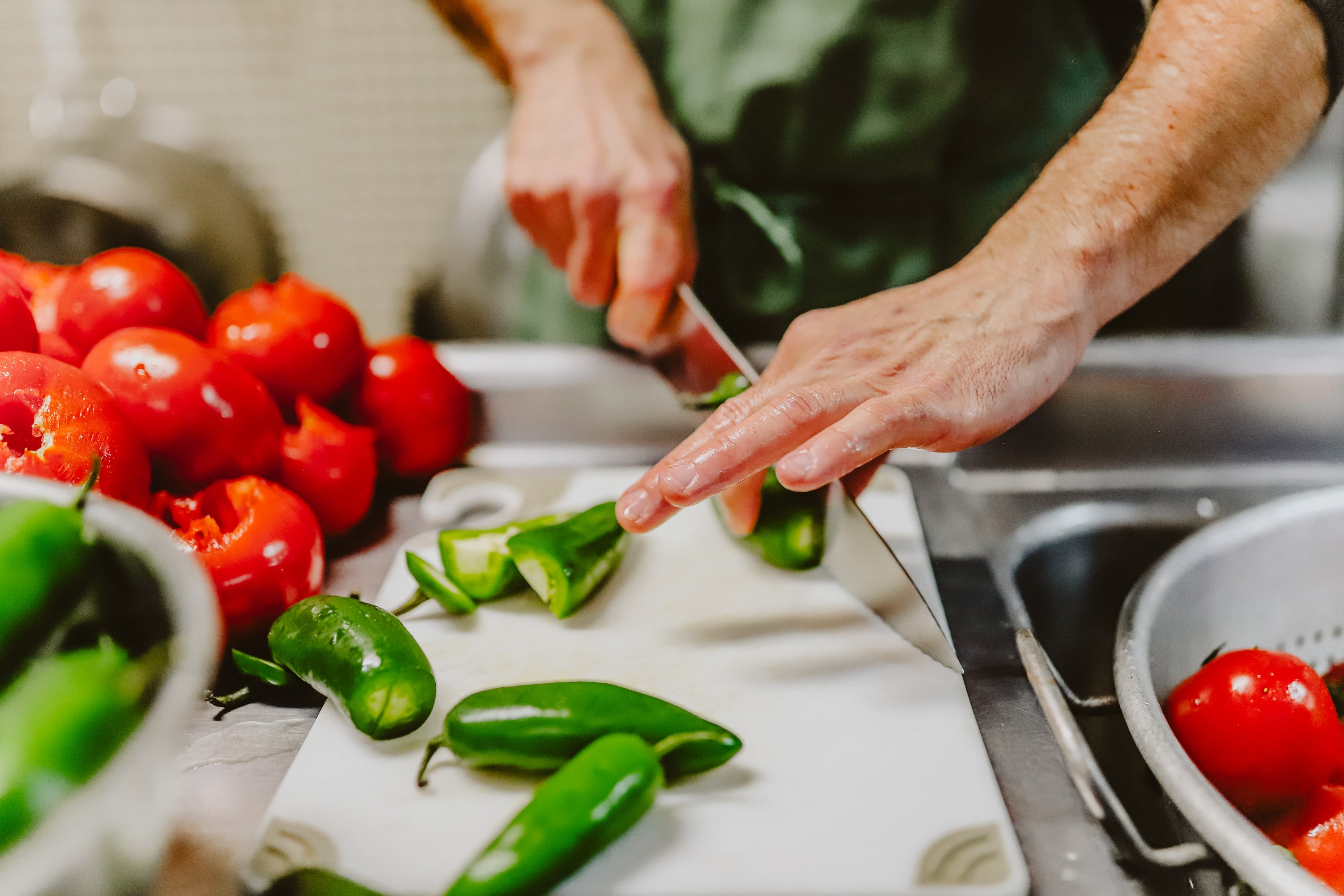 Matt Burch has built a business on connecting local producers with local buyers at Urban Agrarian, and for people who want the convenience of buying salsa at the store, UA makes three different varieties: mild, medium and hot.

“We use seeded jalapeños to make the mild,” Burch said, “and we leave the seeds in for medium. We’ve played with a few varieties for the hot, depending on what’s available, so we’ve used Serrano and ghost peppers, and every summer we do a special edition with whatever we can find like reaper or scorpion.”

Burch’s goal is to let local tomatoes shine, so the ingredient list beyond the peppers is basic, as good salsa should be: tomatoes, yellow onion (for a touch of sweetness), cumin, lemon juice, salt, pepper, and of course, vinegar. By focusing on the flavor of local tomatoes, Urban Agrarian is able to buy them year-round from local farmers.

“We didn’t want to make watery salsa, so we reduce the water weight of the tomatoes by half before we blend them,” Burch said. “It gives us that perfect texture between chunky and pureed. It’s an everyman salsa, very approachable. In fact, the mild has no discernible heat, and the hot is maybe an 8 of 10. We weren’t interested in making weaponized food.” 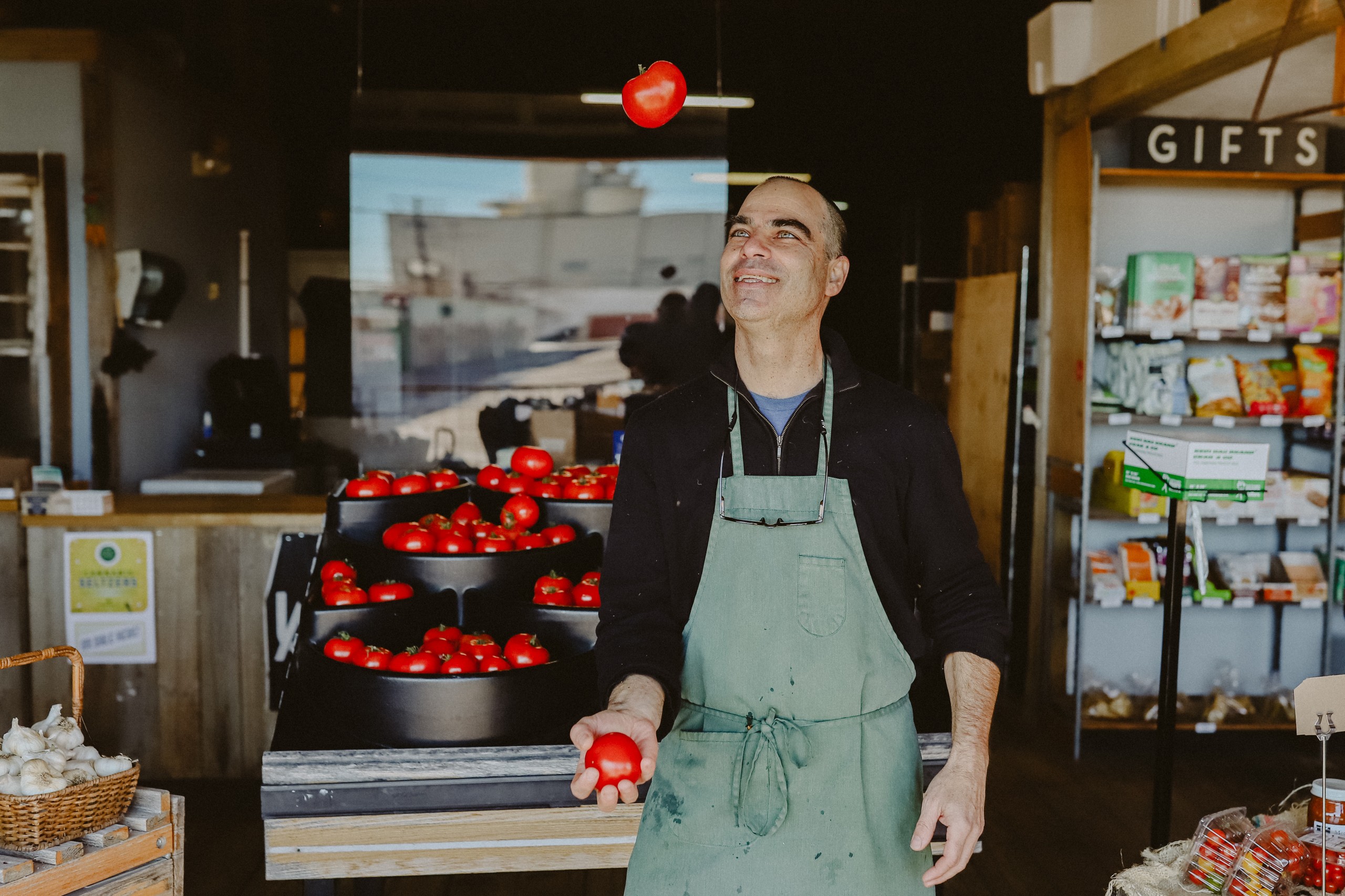 “We make our salsa without distilled vinegar,” Jackson said. Oddly enough, like Pace, El Rancho began in a local Shamrock station, where it was made to go with the burritos the gas station sold. Jackson bought the company in 2013. “Rather than rely on vinegar, ours relies on the natural acidity of the tomatoes,” he said.

El Rancho uses jalapeños with seeds, salt, granulated California garlic (better potency per Jackson), cumin, and a combination of crushed and diced tomatoes. The goal, again, is that texture between chunky and pureed. El Rancho’s green sauce is made much like the salsa verde you find in taquerias or aji verde in Colombian kitchens like El Fogon de Edgar, at SW 72nd and S. Western Ave. 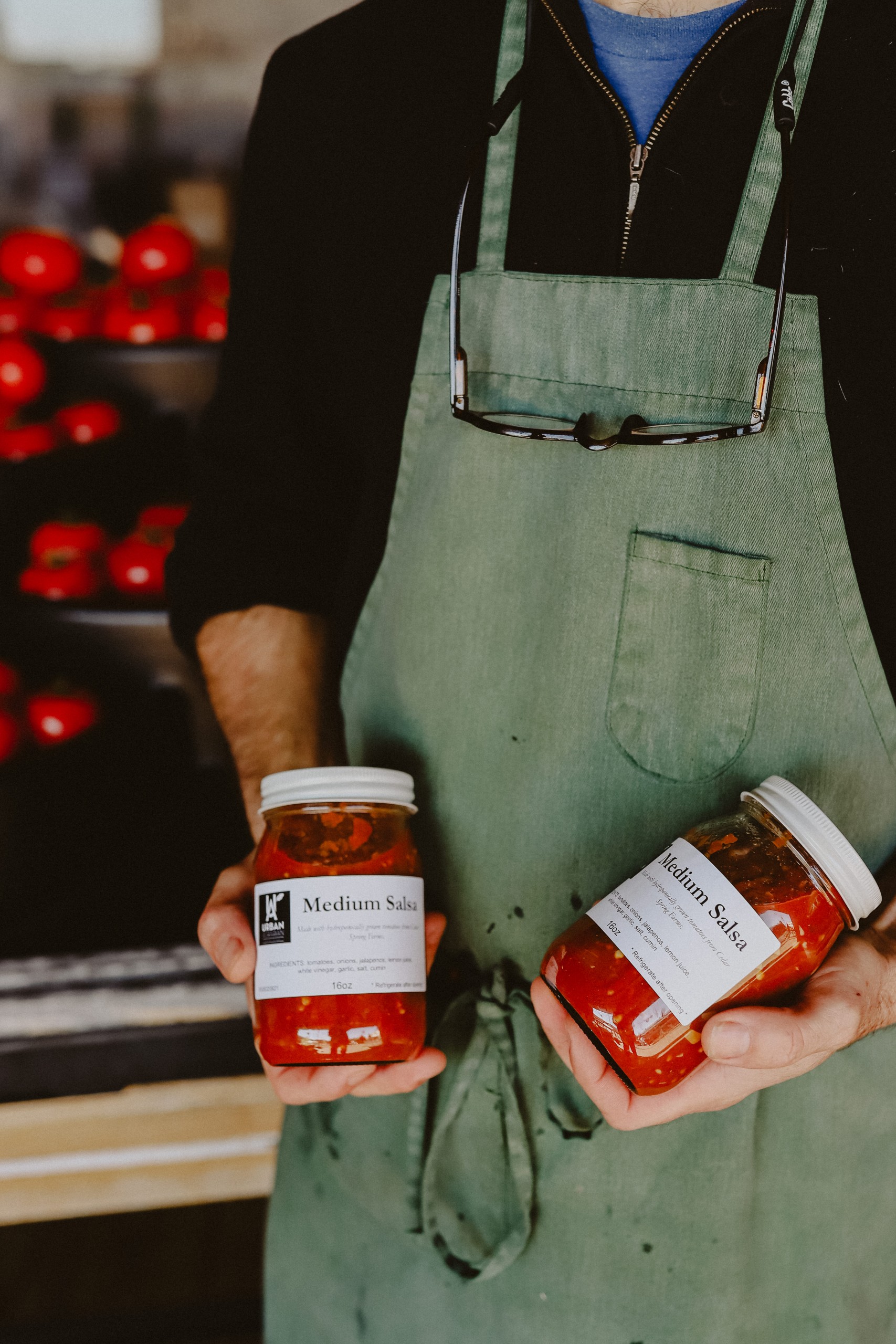 “We don’t use tomatillos,” Jackson said. “It’s a blend of jalapeños and spices. That’s it. It’s perfect as a dip, or to add heat to a dish.”

Using all peppers means the heat can vary from batch to batch, and because he doesn’t use vinegar – which can balance heat – Jackson expects more and less heat per batch depending on the season. The same is true of salsa verde in the taquerias, and unlike Pace – the Diet Coke of salsa, to be honest – variation is one of the exciting things about trying new salsas. El Rancho is available at several local grocers, including Homeland and affiliates, Natural Grocers, Williams stores, and  Cash Savers.