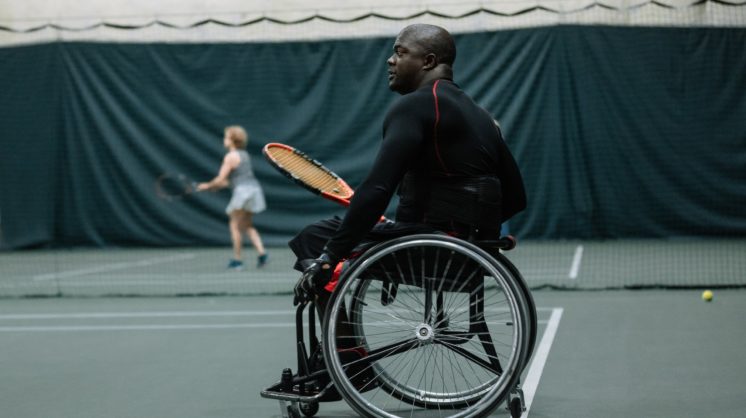 Willis Washington grew up in Oklahoma City’s North Highland neighborhood, just a short distance from a privately owned center called the Santa Fe Fitness & Racquet Club. Washington said he recalls the place, but never thought much about it … until he was injured in a motorcycle accident more than a decade ago, leaving him permanently immobile from the waist down.

The facility had been rededicated into the Santa Fe Family Life Center in 2007 — a nonprofit community health center providing opportunities for disadvantaged youth, people with disabilities and other members of the metro community. It was a great fit for Washington. 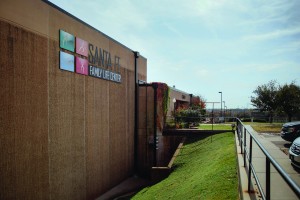 “It’s hard to pin down what the center is, because it has so many purposes,” Washington says. “As a gym or a community center, their outreach isn’t limited to those you would consider able-bodied; they also appeal to seniors and people with disabilities. At this point in my life, my disability is the reason why I’m so interconnected with Santa Fe.”

The Santa Fe Family Life Center – SFFLC for short – quickly made Washington an advocate for its continued renovation and inclusivity efforts. One of the people Washington convinced to donate funds to the center was Jack Werner, an accessibility trainer for the National Association of Home Builders.

Renovations between 2007 and 2010 provided the 55,000 square-foot-facility with amenities including multiple basketball and tennis courts, two swimming pools, weight rooms, etc., all up to code with the Americans With Disabilities Act of 1990. Sports such as basketball, pickleball, swimming, yoga, tennis, Zumba classes, adaptive sports and more have become part of the center’s appeal. Although the facility is open to the public, monthly memberships providing additional amenities start at $40. Those who cannot afford membership fees are given scholarship opportunities to participate without economic pressures.

Investment turned to engagement as Werner began regularly exercising at the center with Washington. The two would later use the recreation area to study to become ADA inspectors. The SFFLC partners with more than 25 nonprofits, the Oklahoma Veterans Affairs and OKASA – the Oklahoma Adaptive Sports Association – for the numerous athletics and fitness programs designed to promote physical and mental health for attendees. 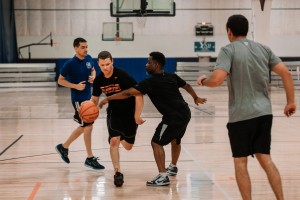 “I’m really sold on accessibility for all,” Werner says. “Being in the Army Rangers in Vietnam, I appreciate those who appreciate our veterans. Typically, we don’t appreciate those who lost arms and legs, those who came back paralyzed. I’m heavily involved in that stuff. For that and more, the SFFLC is something I’ll always support.”

The center’s core mission is to improve the health of the community, according to James Timberlake, executive director for the SFFLC. On Mar. 17 of last year, the SFFLC closed its doors due to the pandemic surging throughout the country; however, its overall goal never wavered.

“We didn’t want to forgo our mission, so we partnered with St. Anthony’s Hospital and utilized our downstairs area, staff and volunteers for a mask and face shield production facility,” Timberlake says. In five weeks, they produced more than 7,000 face shields and masks. “We’re blessed to have the resources and partners to serve those in the disadvantaged and disabled communities who are typically underserved.”

On May 4, the center reopened under reservations and timed sessions. Despite the struggles of the new normal, people such as Willis Washington continue to look to the center for hope, health and a sense of belonging.

“There’s always room for improvement, but something like the Santa Fe Life Center is a real change in the right direction,” Washington says. “My hope would be that for something like Santa Fe to happen in every community, so everyone can have a place to be.”