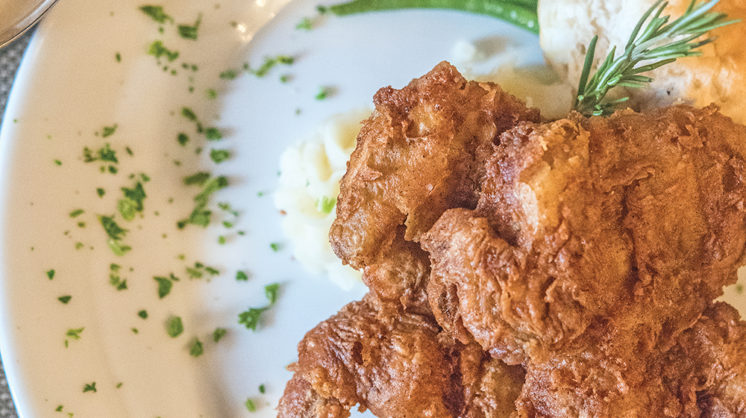 If you’ve been through OKC’s Stockyards City recently, you may not have noticed the new McClintock Saloon and Chop House. It’s hardly visible from Agnew, one of the main thoroughfares, and doesn’t have a large frontage on Exchange. But if the outside didn’t catch your eye, inside is another story.

The first impression is wood, and space, and lots of both. As they take a few steps inside (no swinging batwing doors, alas) and their eyes adjust to the atmosphere, visitors are perfectly positioned to receive the full impact of McClintock’s centerpiece and star attraction: the gleaming, polished bar that goes on, and on, and on along the western wall. More than 50 feet of polished oak, its visual presence is remarkable – I love Ingres, and there’s a large-scale variation of his masterpiece “La Grande Odalisque” over the center of the bar, and on my first visit it took me a minute to even notice the painting, because the overall scale and individual details of the bar are so engrossing. Intricately carved cherubs, elephants, swans and goblins pop up here and there, drawing the eye back and forth while posing beneath the names of old firearm manufacturers inlaid in paler wood. The overall effect is so impressive that afterward, when your gaze turns to the dining area’s numerous ornate, three-foot-across chandeliers, you’re likely to find yourself thinking, “Eh, that’s pretty big. I guess.”

Establishing an old-fashioned saloon in this venerable section of OKC has been a longtime dream of co-owners Lindsay Ocker, who previously operated McClintock Boots in this space, and restaurateur Michel Buthion, who’s so enamored of the idea that he might ask you to call him Mitch. They’ve clearly taken great pains to create a beautiful space, and one glance at the bar’s menu demonstrates that its appeal isn’t just visual. The spirits list is as vast as the bar is long, and heavy on the cowboy-friendly element – the American Whiskies cover three pages, spanning from good (Knob Creek) to very good (Blanton’s) to several labels I’ve never heard of (Angel’s Envy? That sounds amazing; sign me up).

For something that combines savor with a bit of spectacle, I recommend the Coffin Nail, a concoction of bourbon, turbinado sugar and bitters that’s eventually topped with an orange twist and Luxardo cherry – but first, before it’s even poured, the pre-chilled rocks glass is pumped full of cherrywood smoke, so that the mist infuses the beverage with a lingering extra dimension of scent and flavor. 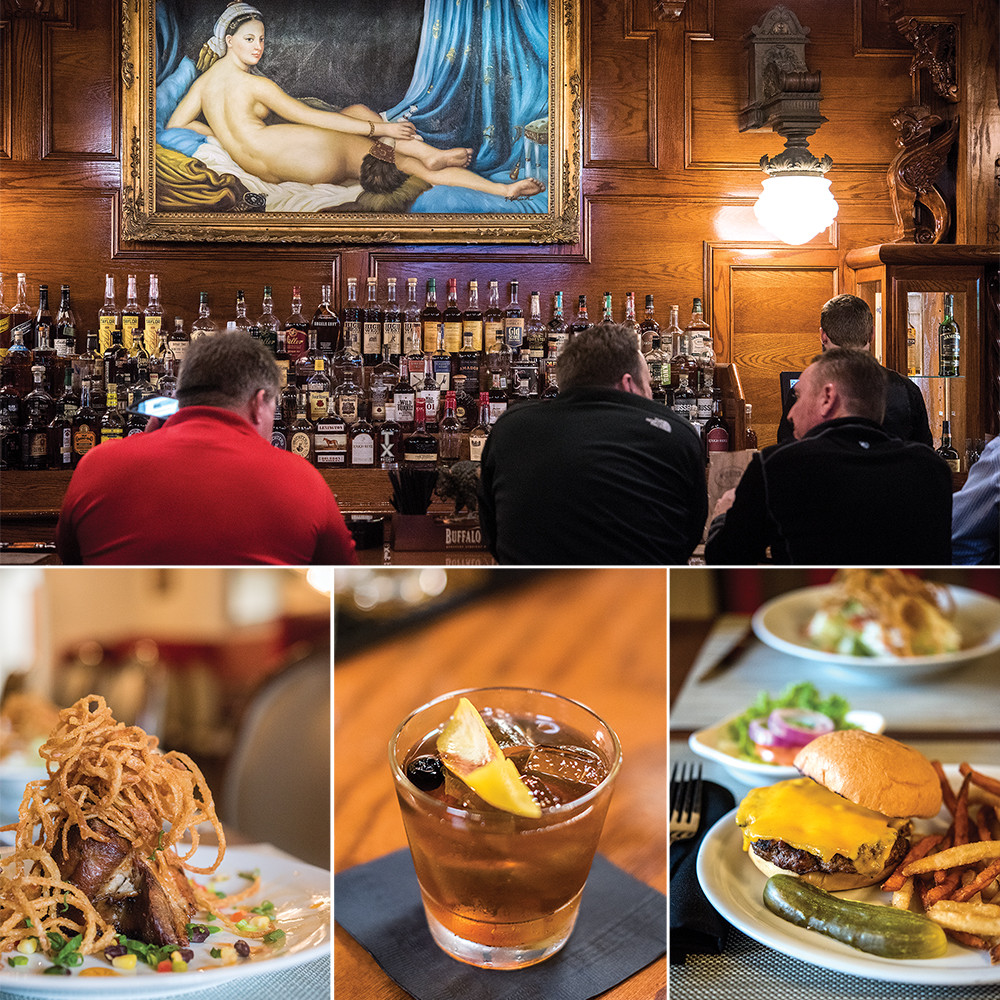 Speaking of flavor, I wish the dining area weren’t so completely separated from the bar given how much I enjoy the latter’s atmosphere, but the menu offers up a good selection of treats of its own. In fact, I would say its highest points are where it departs from the norm. That’s not to impugn the classics – they do quality steaks, including a spectacularly massive tomahawk prime, as well as quite a good burger if you’re in the mood. However, the thick, succulent Berkshire pork chop slathered in cinnamon apple chutney is a thing of beauty; the chicken-fried quail pair perfectly with their accompanying mashed potatoes and house-made bacon gravy; and the tender, juicy frog legs lacquered in mango-habanero sauce may well have been the best thing we had all night.

Add in weekend brunch, as well as lunch and dinner, plus periodic sets of live music from the stage by the front door, and the prospect of venturing through on a trip to Stockyard City becomes yet more enticing. For a lengthy and indulgent meal or a casual belt of whiskey, McClintock makes an interesting, atmospheric destination. You just might become a regular … pardner.

To address the prize bull – it’s a more thematically appropriate metaphorical animal than an elephant – in the room: Yes, McClintock is just a moment’s mosey down the block from venerable steakhouse Cattlemen’s. And they do share certain similarities, but with its emphasis on the bar and more varied upscale dining, this saloon manages to produce a different vibe. Contrary to the old western trope, there might just be room enough in this town for the both of them.