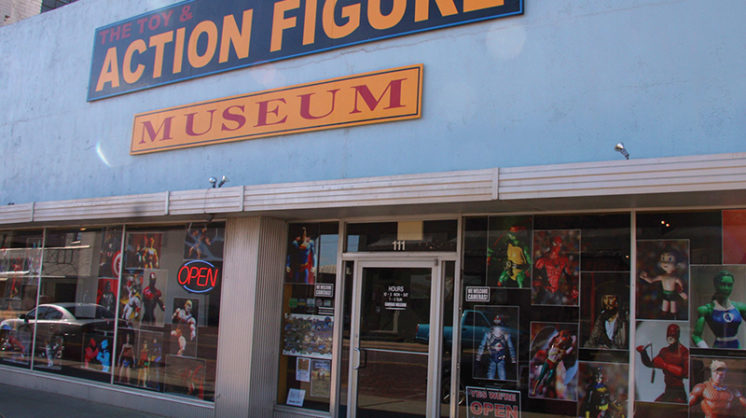 Growing older is inevitable; growing up is optional. If you’re willing to let your inner child come out and play, here’s the perfect place to do it – the Toy and Action Figure Museum in Pauls Valley.

Housing an array of well over 13,000 figures, the museum is the brainchild of one of Oklahoma’s truly Renaissance figures, Kevin Stark. This dapper gentleman with flowing hair and a neatly trimmed, graying beard and moustache is not only a collector but an accomplished artist, musician and wine maker. His band, Squeaky Burger, is noted for its improvisational performances. Intellectually gifted, he also exhibits an active sense of humor … evidenced by the display of superhero underwear marking the entrance to the museum’s restroom area.

This place can be enjoyed on many levels. Little children will love the play area filled with action figures, toys and dress-up clothes. Older children will be fascinated by the collections and variety of action figures – from the Simpsons to the Silver Surfer.

For visitors appreciative of the art and craft of creating action figures, there are a number of displays showing the evolution of the industry. This is something Stark knows a lot about – he actually helped create the first line of figures for the Teenage Mutant Ninja Turtles. 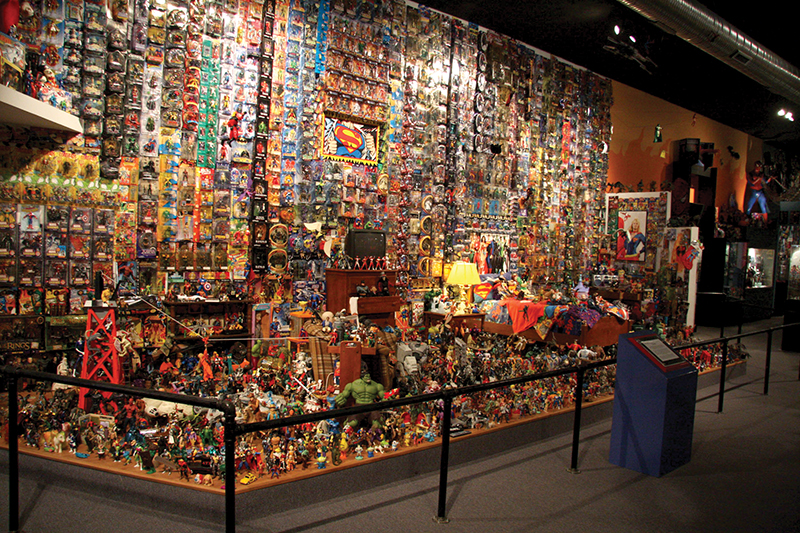 According to Stark, the granddaddy of all the action figures was probably the 12-inch G.I. Joe, which came out in the 1960s to compete with Mattel’s 1959 Barbie. The creators knew boys wouldn’t want to play with them if they were called dolls, so they called them action figures.

Several displays in the museum show the growing sophistication of the figures – from the first examples with moving arms or legs to contemporary items with as many as 20 or more articulation points.

Toy companies, anxious to get as much mileage out of each line as possible, often created multiple versions of a character. One display shows four different iterations of Batman: one based on the Batman of comic book pages, another on “Batman: The Animated Series,” a third on the movie Batman and the fourth labeled “Who Knows What They Were Thinking Version.” Batman actually has his own Batcave in the museum.

Since a number of the superheroes originated in comic books, another exhibit salutes some of the artists who created these characters. Artist Jack Kirby was one of the most prolific artists, drawing (and often co-writing text) for popular characters from both Marvel and DC Comics including the Hulk, Darkseid, the X-Men and Captain America. 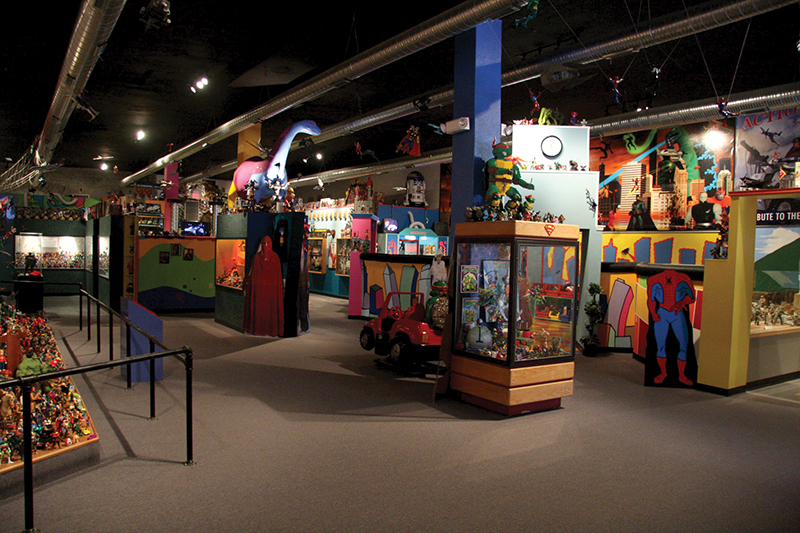 The largest display in the museum is a life-sized diorama titled “The Adult Collector’s Bedroom.” A profile of the person who would live in this space – wall-to-wall with action figures – reads, in part, “We know it is an adult collector’s bedroom because only a grown man living at home with his mother could afford this many toys and still pay for other things such as food and clothing.” Any mockery in that sentiment is gentle – after all, Stark’s own impressive collection formed the foundation for the museum in the first place.

Whether you’re an avid collector yourself or just in the mood to be wowed by a unique destination, it’s worth planning a trip … even if you’re not faster than a speeding bullet.

$6; $4 for seniors; $3 for military with valid current ID; free for children under 2. Youth under 18 must be accompanied by an adult.