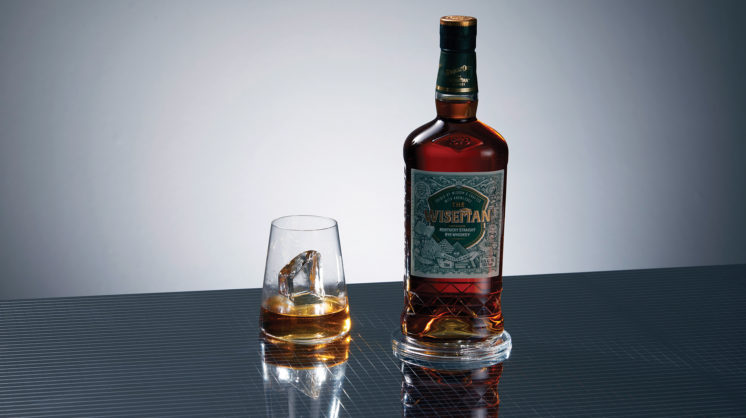 One of the more promising recent trends in bourbon and rye is the tiering system in which popular and expensive brands offer younger, less expensive whiskeys in order to introduce their products to a broader audience. Last year, Oklahoma got the first shipments of The Wiseman and Stellum, two younger whiskeys from Kentucky Owl and Barrell Craft Spirits.

Rick Patino, an area partner for Hal Smith Restaurant Group and the whiskey genius behind The Winston’s brilliant list, said the appeal of these more affordable products—besides the price—is that master blenders aren’t tied to a specific profile a popular brand is known for.

“The master blender actually gets to create the target and then blend for what they want,” Patino said. “That means the consumer gets a younger, more affordable whiskey with different flavor profiles that expand the experience of enjoying whiskey.”

The mystique of Kentucky Owl began anew when the brand was relaunched in 2014. It was originally founded in 1879, but was dormant for decades after Prohibition. The brand is highly sought after, and the product in the bottle has been stellar. The Wiseman brings the same quality and talented team to a younger straight bourbon whiskey. Rather than bottling at barrel proof as Kentucky Owl does, The Wiseman is bottled at approximately 90 proof, making it more approachable right out of the bottle. (There’s nothing wrong with barrel-proof whiskeys, but they do clobber the palate.)

Barrell Craft Spirits arrived in Oklahoma a few years ago, and its various offerings are easy to find in better liquor stores and bars around the state. The price points tend to be high enough that average consumers would consider the whiskeys a special occasion gift, rather than a regular feature on a home bar. Thirst Wine Merchants, a locally owned wine and spirts distributor, introduced Stellum to the state last year, and the response has been excellent.

“Stellum comes from the same run of whiskeys the Barrell master blenders rely on for their flagship products,” said Corey Bauer, Thirst’s spirits specialist and sales manager. “That means MGP, of course, Kentucky bourbons except for Maker’s Mark, and Tennessee whiskeys from producers like Dickel and Green Brier. The whiskey is younger and brighter, and the packaging is targeted at a new demographic. No more Civil War cavalry officer with a beard on the label.”

Stellum opted to repackage bourbon without the standard narrative packaging: tall bottles, clear glass, modern branding, and none of those folksy narratives with, as Bauer put it, “old white guys and picturesque stillhouses.” “The proof is slightly lower than what Barrell puts in the bottle,” Bauer said, “and there will be three tiers: blue label, black, and gold, featuring younger to older whiskeys respectively.” Both Stellum and The Wiseman are widely available in 405 bars and liquor stores, and any liquor store can order the product, depending on availability.