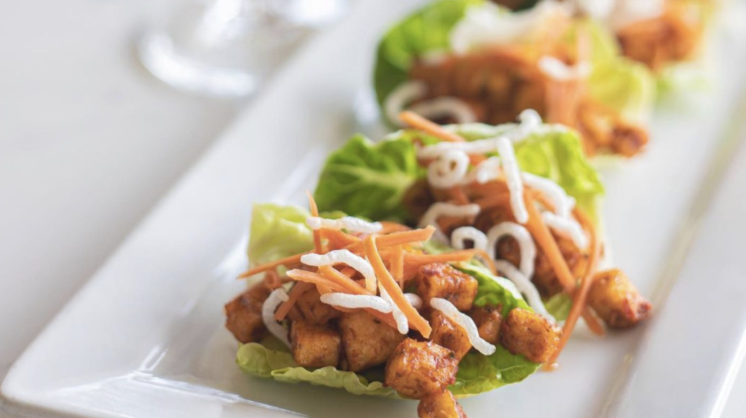 Photo by Kyli Gabrielle Photos for The Union

We are well into quarter number two, so we’re revisiting some of the new restaurants we featured as “new for 2022” back in January, and we’ve added a couple new bits of food news.

The Union – Formerly Eatery and Cocktail Office at The Union, it’s now open and serving lunch and dinner. The new partnership that includes J. Mays, Chris Kana and Stephanie Miller — AKA Killer Squid Hospitality — has revamped the old menu, added craft cocktails and local beers and offers a menu of comfort classics like made-from-scratch steak fingers and a buffalo chicken dip that is already a local favorite. The patio is already open, and Mays said they are planning a Cinco de Mayo opening for the Airstream. A dog park behind the Airstream is also in the works. (616 NW 5th St., OKC)

Lunar Lounge – Barkeep Supply’s resident cocktail genius Julia McLish is opening this bar-only concept in May, creating much-needed additional space for McLish and her team, including the uber-talented Brenna Murphy, to expand beyond Barkeep’s four-seat bar. The new space will be in the same building, but entry will be on the west side of Midtown Plaza Court and under the parking awning on the north side. Delays related to equipment supply chain and manufacturing issues have pushed the date from March to May. (1121 N. Walker Ave., OKC)

Tellers – This concept is already open inside The National Hotel lobby. The stunning, cavernous space has been fully restored with gorgeous details and a football-field-length skylight that changes colors. The striking lobby bar — a nod to the Art Deco style throughout the complex — occupies the center of the space, and offers an extensive wine list and craft cocktails as well as classics and beer. The theme is Italian chop house, and early indications are that service is excellent. (120 N. Robinson Ave., OKC)

Neighborhood Jam and Pub W – Both will soon have locations in Yukon. Hal Smith Restaurant Group announced in early April that it would offer two of its most popular concepts at Interstate 40 and Czech Hall Rd. The two concepts cover every meal from breakfast to dinner between them, and the adult beverage selection at both is excellent. (multiple locations)

The Joinery – Community Through Beer’s repurposing of the old Tapwerks facility in Bricktown is now open. The ground floor is a modern pub with 20 tap handles at the new bar. Chef Chris McKenna is overseeing the kitchen, and the food is predictably excellent. (Get the Columns!) The old bar and original staircases are gone, replaced with beautiful design touches including gorgeous woodwork and new windows. The second floor is actually Good, Good? a golf simulator concept with a full bar and bites. The space has four regular simulator bays and one VIP bay. The third floor will feature an event space for up to 150 people, an area that has also been beautifully redesigned, and the basement now features a speakeasy-style bar with appropriate mood lighting. (121 E. Sheridan Ave., OKC)

Empire Slice House – This new location will be Rachel Cope’s first foray into Edmond, so it’s fitting that the new spot will be full service and not just a slice shop. The menu will be the same as the Plaza District location, with whole pies, slices, salads, apps and plenty of local brews. Tentative open date is May, and it will be located adjacent to The Railyards. (15 W. 1st St., Edmond)

Birdie’s Fried Chicken – Chef Kevin Lee’s family-style, Korean fried chicken-inspired concept opens tentatively in May at NW 150th and Penn (same parking lot as Neighborhood Jam). Korean fried chicken is twice fried, and Lee said it will have four “wet” and four “dry” styles, plus biscuits, mac ‘n’ cheese, cole slaw and dirty rice. The chicken comes as part of a basket, a slider or a chicken and rice bowl, and everything is made in-house. A full bar and patio is included, and the interior seating should handle about 100 diners. (2201 NW 150th St., Edmond)

Beer City – This music venue in the Ironworks District is brought to us by the team behind Tower Theatre. The venue is already open and hosting shows. It holds about 500 in a standing-only, general-admission format. A full bar focuses on local beer, whiskey and batched cocktails. Beer City is phase three of a long-term plan “to create a better local music industry for touring and local acts,” according to partner Chad Whitehead. The goal was to have venues of various sizes, with Beer City an intermediate size between Ponyboy and Tower. (1141 NW 2nd St., OKC)

Flycatcher Club – Riley Marshall’s honky tonk, dive bar and burger joint is soon to open (late spring); the date was pushed back due to shipping issues on equipment. The Bar Arbolada burger will be at Flycatcher — Marshall said he’s likely going back to only serving it at Arbolada on Saturday nights as part of Paloma Town — and he’ll be focusing on a menu that is similar to what his popular Main St. bar had in the beginning. Located in the Ironworks District, the Flycatcher is adjacent to Beer City and Fair Weather Friend, and it will have a 20-seat bar, banquettes and tables, as well as pool, darts and vintage pinball. Marshall promised a full bar with local beers, classic and frozen cocktails and plenty of domestics. (1137 NW 2nd St., OKC)

Eastside Pizza – Now open in the Eastpoint development on NE 23rd and Rhode Island. The pizza concept from Jabee Williams and partners offers pizza by the slice and whole pies, including a black crust option using activated charcoal and cauliflower crust. Williams said they are partnering with Kindred Spirits in the same development, so Eastside will not have its own bar. Patio seating is available at both Kindred and the pizza joint. (1734 NE 23rd St., OKC)

Bun Box is the vermicelli bowl concept coming this summer from Jenny Nguyen. Best known for her work at Lee’s Sandwiches, Nguyen is a dynamic operator, so her addition to the Asian District should be outstanding.