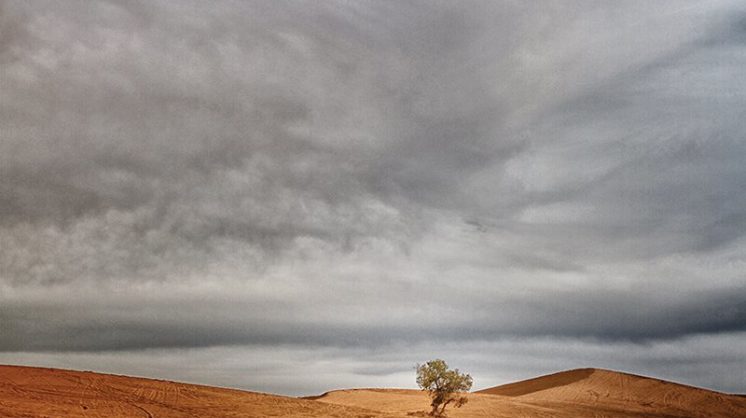 Grace Ward Smith had a vision for northwestern Oklahoma. It involved camels, a pageant, some sheiks … and a harem.

Raised on the old Cherokee Strip by a family steeped in showmanship, Smith knew how to sell an idea.

Her father, Harry C. Ward, was one of five pioneering brothers who staked farms in Woods County, north of Freedom. In the early 1900s, after planting crops, the Ward Brothers would travel the show circuit, offering “lantern-lighted literaries” in entertainment-starved towns of the High Plains. Ohio-born Harry was billed as an Irish comedian, guitarist and fiddler, and later found his niche as an Alva auctioneer.

Baby Grace joined the family of showmen-farmers on Jan. 8, 1911. Sixteen years later, at the height of the Roaring Twenties, she signed to tour with her brother Johnny’s spin-off show. She soon wed Ray “Flapjacks” Smith, who performed with her uncle George’s tour.

The newlyweds went on to found Keen-O-Tone, a medicine show offering free entertainment and bargain cures for ailments from colds to cancer. In its heyday, Keen-O-Tone toured with a cast of 32, including an orchestra. Smith mostly worked the business side, arranging for permits, advertising and publicity as the show rolled into town.

Changing tastes and times ended the business in 1951, and the Smiths returned home. On April 14, 1953, she was hired for a six-month trial to head the Chamber of Commerce in Alva.

Grace Ward Smith offered her hometown a bold plan: Instead of bringing a show to an audience, as her family had done for years, why not bring the audience directly to the show? The attraction to promote: the people and places of Woods County, Oklahoma.

She was specific about her goal: “New dollars are what we need, and I believe our biggest untapped source [is] tourists.” To those who doubted that anyone would travel to the sparsely populated region so far off the beaten path, she invoked Proverbs 29:18, saying, “Where there is no vision, the people perish.”

She had vision enough for the entire county.

With fresh eyes, she envisioned Alva as the gateway to the region’s Wild West history: outlaw hideouts, a dude ranch, Alabaster Caverns and the Great Salt Plains. She gave speeches and knocked on doors to increase membership in the Chamber of Commerce, organized civic groups to help entertain bus tours and attended conferences throughout the state to extol the virtues of Woods County.

But what she really wanted was another big attraction. 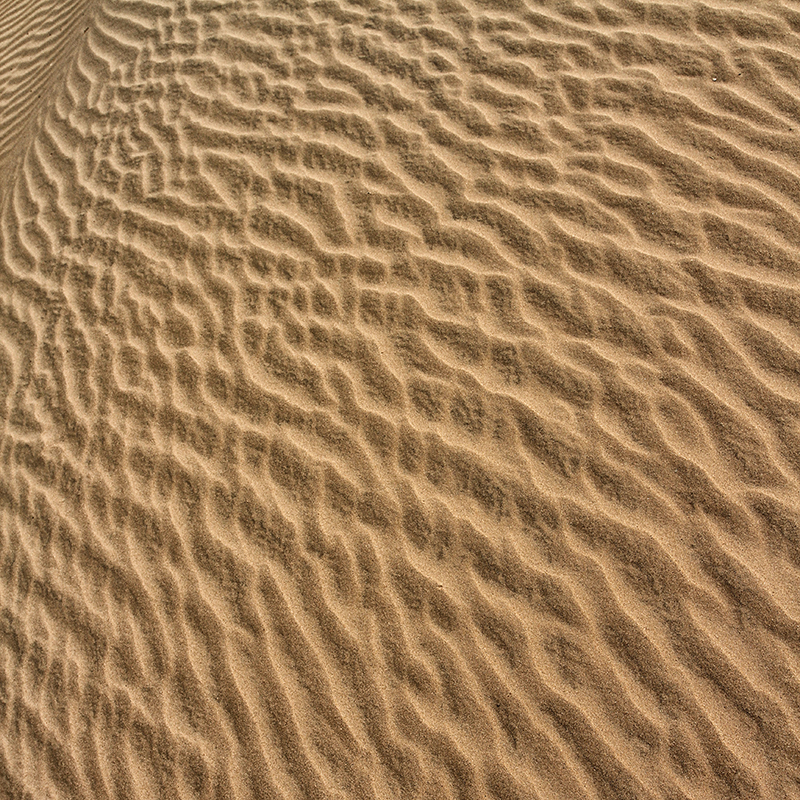 Her imagination was sparked by the dunes south of Waynoka, a sandy patch that had been ignored for decades, save for school field trips and adventurous picnickers. The fine quartz sand had been deposited by the Cimarron River over centuries, stretching uninterrupted for more than two square miles.

The dunes were an annoyance to most, creeping north and east as much as a foot every year in grainy drifts encroaching on Highway 281, causing the road to be rerouted time and again.

Grace Ward Smith, however, saw the sand as an answered prayer, and a sure bet to gain more traction in promoting Woods County.

First, the dunes field needed an inspiring name. Something evocative, yet familiar. Something she could sell. Her idea: “Little Sahara.”

Not everyone was impressed. Longtime Waynoka resident Rosalie Walker recalls, “We don’t want to be ‘little’ anything. I favored ‘Golden Sands.’” Decades later, she admits that Little Sahara was the best choice.

Smith recruited riders from the Waynoka Saddle Club to guide visitors through the new city-owned park of Little Sahara. She lined up townsfolk to dress as outlaws and stop incoming buses, presenting surprise gifts to the tourists. She orchestrated Indian smoke signals to be sent from hill to hill, and organized square dances, cave tours and chuckwagon feeds.

A 1956 report in The Daily Oklahoman noted Smith was “‘on stage’ practically 24 hours a day promoting Alva in a ‘show,’ which may equal the long run of Rodgers and Hammerstein’s Oklahoma … Alva’s first woman chamber of commerce secretary-manager may give business-like reports on projects to the board of directors at a night meeting, serve them pie and coffee, then show up at the office early the next morning to sweep out and wash the coffee cups before first callers appear.”

By 1958, she upped the ante, spearheading the purchase of two camels from the Al G. Kelly-Miller Brother Circus, which was wintering in Hugo, for $2,300.

“Once Grace has those camels, there’ll be no stopping her,” a contemporary said, in awe.

Local ranchers donated feed as the camels were kept in the Little Sahara’s “Oasis Pasture,” ready for photos. Tours by train and bus continued, including nearly 1,000 students from Oklahoma City and Tulsa in a single weekend.

Picnic tables were added around the park, and 20 students from Northwestern State College were paid $5 per performance to cavort in “colored pajamas, bathrobes, sheets and towels for the sheiks” and “sheer pajamas over shorts for the harem girls.” Plans were tossed about for a luxury hotel near the dunes with a desert theme, turquoise pool and a courtyard open to the night sky for star-viewing parties.

The camels – Susie and Nellie – continued to draw crowds, and garnered even more excitement when Nellie was about to give birth. A zoo veterinarian was flown in from Oklahoma City, and contests were held to guess the baby’s birthdate and time. The tiny camel arrived safely; she was named Gracie, in honor of Smith.

Alva proposed having some of the dunes designated a state park, and state lawmakers Lute Morrow of Dacoma and Ben Easterly of Alva promised to help. The Oklahoma Legislature earmarked $12,500 to purchase a parcel from the state Land Commission and develop the park, acquiring the 339-acre Little Sahara in September 1960. Restrooms were installed, along with 21 picnic tables and a water system.

The camels were exhibited at Little Sahara and were the star attraction in Waynoka’s first Christmas pageant in the dunes, held on Dec. 22, 1960, before a crowd of more than 4,000.

In 1961, an estimated 50,000 visitors made the trek to Waynoka to see the wonders of Little Sahara State Park. 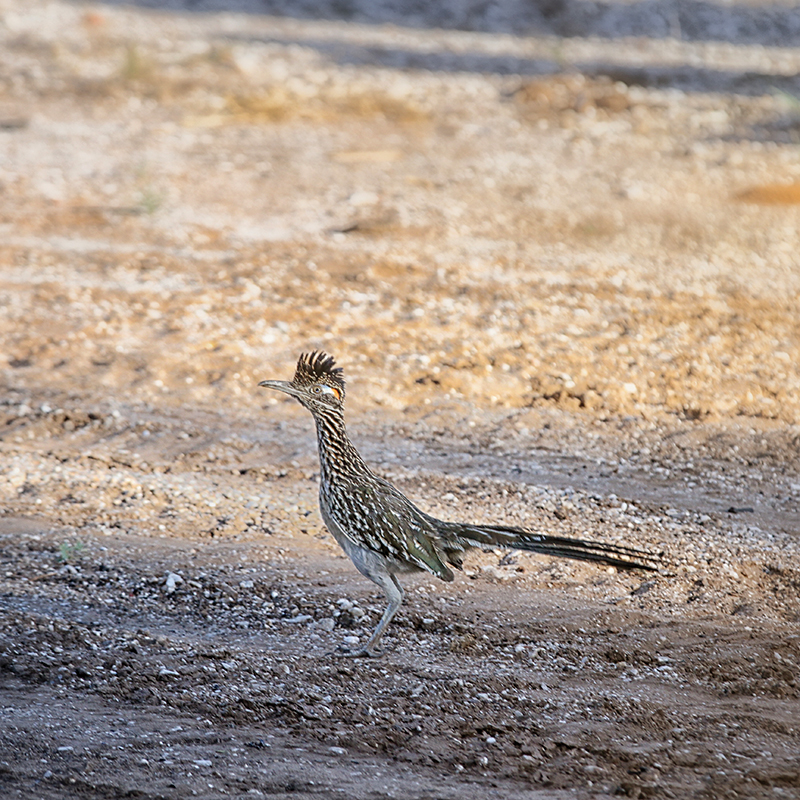 By then, the extraordinary Smith had pulled up her tent stakes and moved on to head the Elk City Chamber of Commerce. The story goes that she ran for mayor of Alva and lost by six votes.

By November 1961, The Daily Oklahoman noted “credit for the plan to transform the Woods County dunes into a state park belongs to the county Chamber of Commerce, with individual laurels going to Ralph Sharp and Ike Ashpaugh, Waynoka businessmen.” Any mention of Smith and her inspired campaign had been erased as quickly as the shifting sands.

The park had momentum now, and could not be stopped. An observation tower was built, and adjoining acreage was added, bringing the total to more than 1,600 acres.

In the spring of 1963, Waynoka auto dealer Phil Middleton showed up in the dunes wearing goggles and an old aviator helmet, driving a makeshift steampunk vehicle with wide rims and balloon tires, topped by hay-rake wheels serving as roll bars.

By the end of the year, dozens of Mad Max-style vehicles took to the sand, tackling dunes reported at the time to rise more than 100 feet. Riders and spectators arrived from across Oklahoma, and from neighboring states. Local businesses popped up to offer rentals, repairs and rides.

The camels were eventually sold to a place in Arkansas, far from the whine and hum of the machines that are allowed to run the dunes 24/7.

Although the population of Woods County has declined – from 17,500 residents in 1910 to 9,304 in 2015 – Little Sahara State Park’s crowds continue to rise. On a good weekend, the numbers of those camping near the dunes and staying in nearby motels surpasses Waynoka’s population of 944.

Little Sahara took in more than $1.28 million in admission in 2015, when 128,397 riders paid $10 each for entry to the dunes. Their patronage boosted local businesses through sales of food and fuel, equipment rentals and lodging.

Sixty-five years after Smith vowed to inspire travelers to set their sights for the wonders of Woods County, visitors outnumber county residents 14-to-1.

In the end, the hometown girl who learned her craft in a traveling medicine show – and who insisted where there is no vision, the people perish – successfully sold Little Sahara as a cure for what ailed.