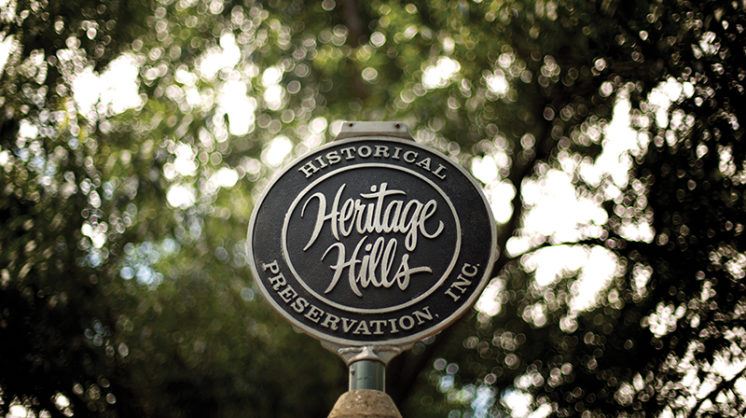 Clad in an impeccably pressed, simple cotton summer shift and a pair of huaraches, her outfit complemented by a cheerful cloisonné bangle, bright berry lipstick and hair pinned into a casually chic arrangement, Jerriann Altshuler is a serene, civilized, walking Heritage Hills history book with a penchant for French Briard dogs, a mischievous gleam in her eye and plenty of great stories to tell.

She has lived in OKC’s Heritage Hills neighborhood, the city’s first historic preservation district, since the early 1970s. She’s also been instrumental in its rally from the brink of blight in the 1960s to the beautiful, lively neighborhood it has once again become, and she’s one of eight women who will be honored as a Woman of Heritage during its annual Home Tour in September.

Other honorees include Dorothy Watson, Dannie Bea Hightower, Dianne Gumerson, Nancy Kerr, Vestina Ruffin and Jeanette Gilbert Willet. A plaque will be placed at a neighborhood park in their honor.

“Things haven’t changed all that much over the years,” Altshuler says. “Things run well. It’s remarkable. When the Associate Board began, it was called the Women’s Committee, and our sole job was collecting dues from the neighbors. But once all the women got together, we came up with other things to do, and all of our events.”

The group started the Heritage Hills Home Tour, children’s events at Halloween, Christmas and Easter, adult parties at Christmas and in the spring and too many neighborhood improvements to count. It’s beauty that lasts.

The 50th annual Heritage Hills Home Tour will take place from noon to 5 p.m. Sept. 24 and 25. The Overholser Mansion, 405 NW 15th, will serve as the official hub, with activities, food trucks, live music and a free screening of the Junior League’s documentary on the neighborhood and its Historic Preservation leadership, Preserved with Pride. Featured homes include two residences that were a part of the first Heritage Hills Home Tour half a century ago.

In 1917, the home was one of two model homes on 20th Street G.A. Nichols built when he began developing the area after World War I. The streets were still dirt roads, and Wilson Elementary had not yet been built. The unusually large garage is explained by the fact that the original owners, the Cruces, built the large space to accommodate one family car and two glider planes.

Banker and co-founder of First Nation Bank Hugh Johnson and his wife Mary built this 5,500-square-foot home in 1921 to reflect their active social life. The mansion was directly behind the Colcord Mansion on NW 13th Street. When it was demolished in 1965, Johnson channeled her outrage and became involved in preservation. At her death, she willed her home to Historic Preservation Inc., whose directors sold it to raise funds for historic preservation and protection.

Built in 1915, this spacious Georgian Revival house retains its original architectural integrity, yet has been adaptable to the changing needs and tastes of families for more than 100 years. Originally owned by the Huckins family, it was sold numerous times until it was bought in 1969 by Charles and Margot Nesbitt. Charles Nesbitt was attorney general of Oklahoma and also chairman of the State Corporation Commission. The couple was instrumental in early preservation efforts in the neighborhood. 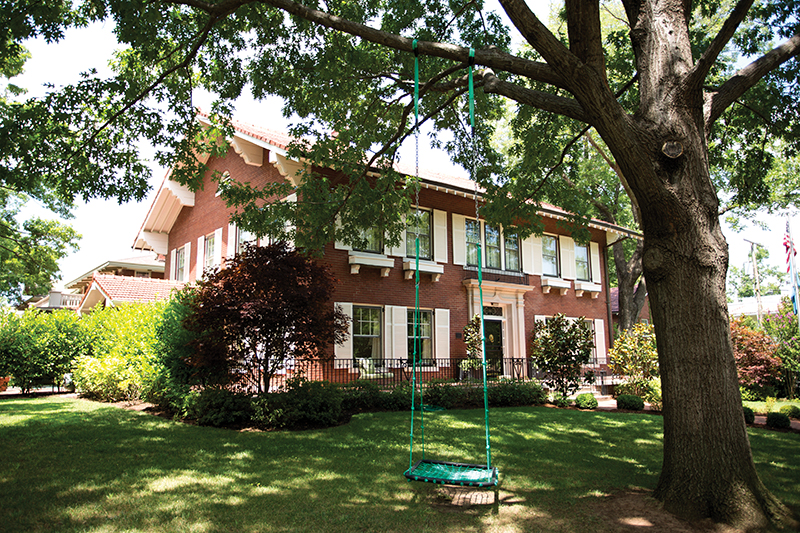 This Georgian Revival house, part of the original tour, boasts unique architecture along with the far-reaching legacy of its builder. William L. Clayton came to Oklahoma in 1904 and, along with his brothers-in-law, Frank E. and M.D. Anderson (yes, that M.D. Anderson), founded the Anderson-Clayton Cotton Company, which was then the largest cotton brokerage firm in the world.

Another home that was a part of the first tour, this white clapboard Virginia Colonial home was completed in 1903, a year before the Overholser Mansion. Fun fact: For well over a century, it has housed physicians and their families.

This Colonial Revival brick home, one of the newer homes in the ‘hood, was built in 1932 by Keene Burwell, son-in-law of developer G.A. Nichols. A handsome brick-lined sidewalk leads to the central portico and entryway and a symmetrical arrangement of windows and other architectural features. The now-mature trees and shrubs that grace the home’s landscape are part of the work completed in 1978 by prominent landscape architect Thomas Roberts, who was hired by former owners Thomas and Marilyn Kenan.

Tickets are $15 in advance and $20 on tour days. Advance tickets are available online at heritagehills.org. Proceeds benefit the tour sponsor, the nonprofit Heritage Hills Associate Board of Historic Preservation Inc. This year, a portion of proceeds will be used for public space beautification projects in the neighborhood.

This is the original recipe, which has been enjoyed by scores of Heritage Hills denizens for generations. Its genteel sweetness belies a knock-out punch, so to speak. Enjoy!

Dice the pineapples, and spread sugar over them. Add Bourbon, cover well and refrigerate.

Pour pineapple mixture into a punch bowl over two large lumps of ice. Stir well. Pour in the bottles of Champagne and stir again. Serve in goblets with bits of pineapple and a long-handled fork or spoon. Eat the fruit and drink the juice. Great before brunch. Serves 12-14.