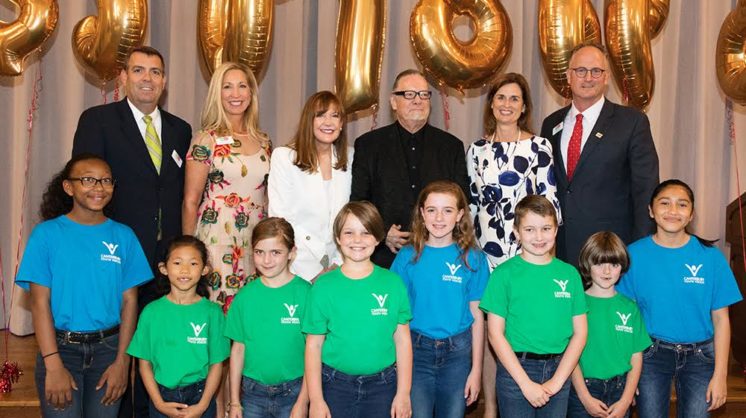 More than $3 million has been raised this year for arts in the OKC community by Allied Arts and its supporters.

A campaign celebration was held last weekend to mark the achievement, which will benefit 40 area creative organizations.

Walt Duncan, Allied Arts fundraising campaign chairman for 2017, said they surpassed their $3 million fundraising goal by $78,695 – with two weeks remaining to raise even more crucial funds for the arts.

“Each and every donor was vital to the success of the 2017 campaign,” he adds. “People from all walks of life and businesses representing a myriad of industries came together to support arts education in schools and quality and affordable programming for us all.” As part of Allied Arts’ fundraising efforts, employee giving campaigns were held at more than 100 businesses, as well as lavish fundraisers such as The Greatest ARTini on Earth.

The campaign celebration, held at Meinders Hall of Mirrors at the Civic Center, was attended by more than 200 donors, campaign volunteers and civic leaders, and saw the fundraising baton passed to 2018 campaign chairs Aimee and David Harlow, who will serve alongside honorary chairs Polly and Larry Nichols.

Organizations set to benefit from the fundraising campaign include Oklahoma Children’s Theatre, Metropolitan School of Dance, Canterbury Voices and many more.