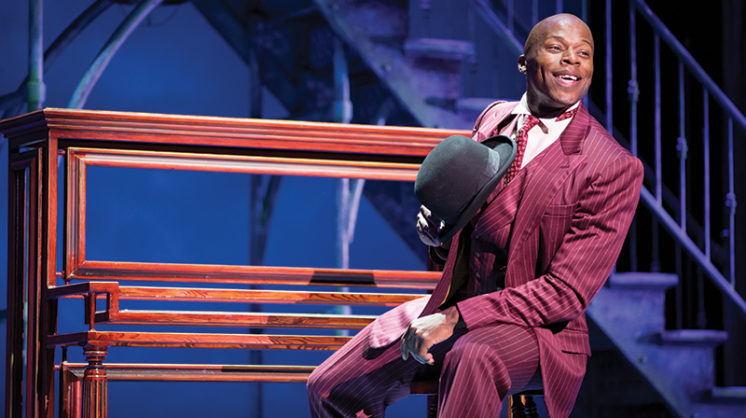 America is a big country founded on big concepts … like liberty and justice for all. But while the story of the nation is filled with big events – Civil War, Seneca Falls Convention, walking on the moon – at its core, it’s the story of individual people with hopes and dreams, trying to make their ways the best they can – ideally by working together. And sometimes there’s music.

American dreams are at the heart of “Ragtime,” a tale of three disparate but interwoven families living in New York at the turn of the 20th century. The musical won rave reviews and multiple Tonys on Broadway, and now it’s coming to Oklahoma City Community College as a national tour rolls in Dec. 13 and 14.

It’s a landmark event for OCCC – this is the college’s first time hosting a nationally touring Broadway production – and should be a rewarding experience for audiences. The mini-epic follows a Harlem musician, an upper-class matriarch and a Jewish immigrant as they navigate a rapidly changing city, forging connections with each other and interacting with a diverse cast of original characters and historical figures (for example, OKC native Jeff Johnson plays Booker T. Washington).

“This musical is a timeless celebration of life, with story themes of immigration and racial relations that makes it as relevant today as it ever was,” says director and choreographer Marcia Milgrom Dodge, who also was nominated for a Tony for this revival. It’s potent stuff thematically, but an all-ages show with a bright, buoyant soundtrack. Get tickets at occc.edu/pas/, and get ready to add this moving experience to your own story.