An OKC Race Against Cancer 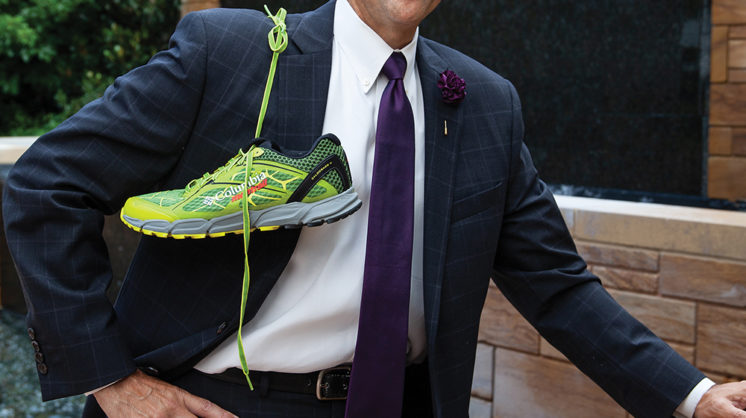 A few years ago, James Bost was drinking two liters of soda every day. He was 48 years old and, he said, about 100 pounds overweight.

“I found a trainer – joined a gym – and he put me on a strict diet,” Bost says. “No more Coke. Within a few weeks, I dropped 20 pounds. The weight continued to fall off, but then I started passing out.”
Bost went to his doctor, and heard a shocking diagnosis.

“She suspected I had pancreatic cancer,” he says. “The reason I had been drinking so much Coke was because my body needed the sugar. When I stopped, that’s when the symptoms began.”
The first thing that went through his mind, Bost said, was his family.

“I had a young family, I had young kids,” he says. “No one wants or expects a cancer diagnosis … especially pancreatic cancer. That’s one of the deadliest forms of cancer. Steven Jobs died of it, and it’s one of the most difficult to treat.”

Bost began treatment at Stephenson Cancer Center and eventually overcame the grim statistics of pancreatic cancer. Today he is happy, healthy and donating part of his time to volunteering with the American Cancer Society of Oklahoma.

“I think it is so important to support organizations like ACS,” he says. “They have such great outreach and support services, and donations also support research and funding. That is vital to finding a cure for cancer.”

Bost will compete in the American Cancer Society’s Run For Hope OKC on Aug. 25. It’s a 5k and 10k run on the OU Health Sciences Center campus, beginning at 6:30 a.m. The event also features a kid zone and fun run.

“This event and others like it help not only raise significant funds in the fight against cancer, it will also raise awareness and celebrate life,” Bost says. “I have run nine marathons since my cancer diagnosis; I never ran marathons before. So cancer changed my life, and these past six years have been the best years of my life. This run is in late August, and it will be hot, but it will be so worth the effort.”