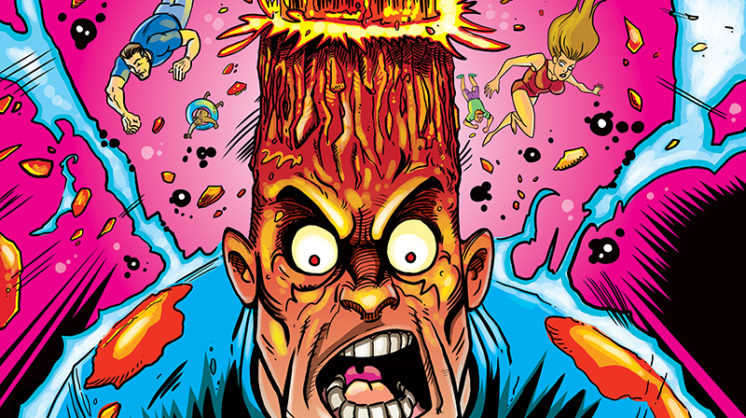 When Kevin Durant announced his plans to leave the Oklahoma City Thunder for the Golden State Warriors, Oklahomans took a break from their July 4th celebrations to make their feelings known on social media platforms. Amidst the sadness and well wishes, another category of responses – one that can best be described as unhinged – emerged to land our state in the national news again.

Behaving as much like jilted lovers as devoted fans, some Oklahomans made their feelings known by being rude on Twitter and Facebook to an extent that would have gotten their ears twisted by their mothers had they addressed anyone that way as children. What provokes otherwise polite humans to behave in such a grotesque way on social media?

Gabriel Rupp, professor of psychology at the University of Central Oklahoma, has studied “electronic rhetoric” as part of his training. He said the semi-anonymity and faux intimacy offered by social media make it easier for people to respond in ways they ordinarily wouldn’t.

“We have not had time to construct rituals or practices around this kind of communication yet like we have with letters and other modes of communication,” he says. “Our default ought to be not to post or not to say something.”

That default seems to be set for the opposite, though, and Rupp said at least in terms of sports, it’s because entertainment – such as organized sports – appeals to our reptilian brain, the oldest and most instinctive part of our consciousness.

“Sports plays directly to that,” he says. “From an evolutionary perspective, we are conditioned to look for and respond to threats; that requires movement. We are not designed to sit in stadiums.”

Combine that factor that urges action with the tribalism sports generates (my team!) and the perceived anonymity of social media, and fans can become aggressively outspoken online, a fact the KD situation highlighted extraordinarily well. However, the pitfalls of social media are not limited to sports, as anyone who has dealt with “trolls” or alienated friends and family members understands.

Lorrie Bamford, an attorney for 21 years, is a self-described “left-wing, gay-loving, liberal Democrat” and is one of 12 siblings, the rest of whom are predominantly conservative and Catholic. After the Orlando nightclub shooting, there was a family falling-out on Facebook prompted in part by her impassioned call for gun control in a medium that encourages quick reaction, not reasoned thinking.

“Usually, when we communicate with someone face to face, we read the entire context, including audience, surroundings and body language,” Rupp says. “Social media makes that difficult or impossible.”

Bamford’s profession makes her susceptible to another pitfall of social media: the “sudden professional.” When the Supreme Court decides a case, when a police officer shoots a suspect, when Pres. Barack Obama makes an announcement about Afghanistan, social media lights up with amateur attorneys and foreign policy advisers, all speaking with the authority of an actual professional.

“Legal history aside, with a law degree and 21 years of practicing law, I have been trained to logically analyze an issue and present an argument,” Bamford says. “At the risk of sounding like an intellectual elitist, most memes do not do that. That can be maddening.”

Sorting out genuine authority from a cacophony of ill-founded opinions can be difficult, and it’s becoming harder with a generation whose entire lives have been mediated through screens.

“Part of the problem is that academic investigation does not keep up with technology,” Rupp says. “By the time a study is conducted, written up and peer reviewed, technology has already advanced through several iterations. The information is already old.”

Still, Rupp believes social psychologists need to conduct more studies in an area dominated by marketing and business studies. “The business community has created a set of ‘best practices’ for social media,” he says, “but we don’t yet have those for personal interactions.”

His advice to set our defaults at “not to post,” at least not instantly, is probably a solid place to start. As a professor, he sees every week the mistakes students make in forgetting that immediate reactions can potentially have permanent ramifications, both in terms of job prospects and personal relationships.

One purpose of social media is to share your thoughts and opinions, after all … just try to remember your audience, and don’t phrase them in a way you might regret later. Calling KD names online isn’t gong to bring him back.