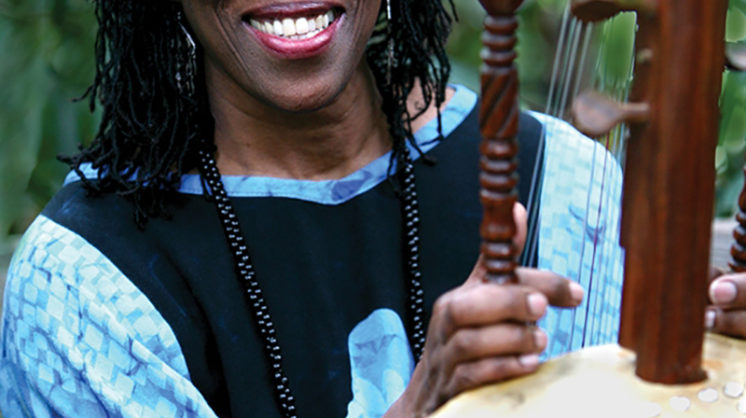 It’s a big, busy Metro out there – If you can’t make it to everything, here’s where to start→

While the special effects that fill the OKC Storytelling Festival take place inside audiences’ minds, they’re none the less real for it – master tale-crafters Charlotte Blake Alston, Jim May and Megan Wells perform the verbal spells they weave so well in this marvelously engrossing event, which also offers seminars to make your own skills more raconteurriffic.

They do all the work of spinning, dipping and stepping just so; you get to sit back and enjoy. In the Children’s Hospital Foundation’s Dancing for a Miracle, 10 local celebrities pair with professional dancers to amass bragging rights and lifesaving funds – the “People’s Choice” winner is determined by the donations of guests, one of whom will win a car via raffle.

If you give a man a fish, you feed him for a day. If you give an elephant some paint and a canvas, you get the makings of an interesting exhibit that runs all month. Creative critters from the OKC Zoo

Oklahoma is inarguably well-supplied with talented athletes and inspired coaches – what sets the honorees at the Sports Headliner Banquet apart is the inspirational character that accompanies their courtside or on-field prowess. The March of Dimes and its infant care are the beneficiaries of this event lauding competitors who also serve as exceptional representatives of our state.

The days may be warm, but at night it’s really time to work up a sweat – the annual Downtown Dash is on track to wind its way through OKC streets, with glory awaiting the winners and proceeds benefiting public art in downtown. The 5k is the first leg of the Run This Town series, followed at weekly intervals by the Limbs for Life Blaze 5k and Midnight Sprint benefiting Oklahoma Contemporary Arts Center. Get a move on!

Edmond is justly proud of its community creativity, and the public art lining the city’s streets should inspire the runners hustling among it during the 5k to Monet – the annual fundraising race (there’s a 5k and a 1-mile fun run) benefits the Fine Arts Institute of Edmond, and is named for the painter whose statue marks the start and finish line.

Back in the Saddle Again

Shania Twain was at the very top of the country music field when she stepped away from the mic, and it was 10 years before she began performing again via a Las Vegas residency. Now she’s hitting the road one more time to light up stages coast to coast on the Rock This Country tour. She’s famously hard to impress, but perhaps the turnout for her OKC show can clear the bar.

Razzle? Check. Dazzle? Check. Jewel Box is kicking off its 58th season with a blast from its past that’s as slinky, sultry, mesmerizing and massively musically entertaining today as it was 30 years ago when last it graced this stage: Kander and Ebb’s awards-laden satire of celebrity culture “Chicago.” Dust off your glad rags and get ready to hear Velma, Roxie et al. do the cell block tango.

Her voice was so rich and her impact on the music industry so large; it’s hard to believe the crossover country-pop star of “Crazy,” “Walkin’ After Midnight” and “She’s Got You” was only 30 when she left this Earth. In “Always … Patsy Cline,” Guthrie’s Pollard Theatre looks back at a titan through the lens of a warm friendship with one of her fans.

A Raucous Caucus of Mockery

The group began as a comedic skit for a Senate Christmas party; over 30 years later The Capitol Steps remain as snide as ever, with more than 35 albums and thousands of performances from sea to shining sea under their Beltway-teasing belts. Politics is nothing if not a consistent source of material for satire, after all. Singing, dancing and no 18-hour filibustering are in store as their Mock the Vote tour visits OKC.