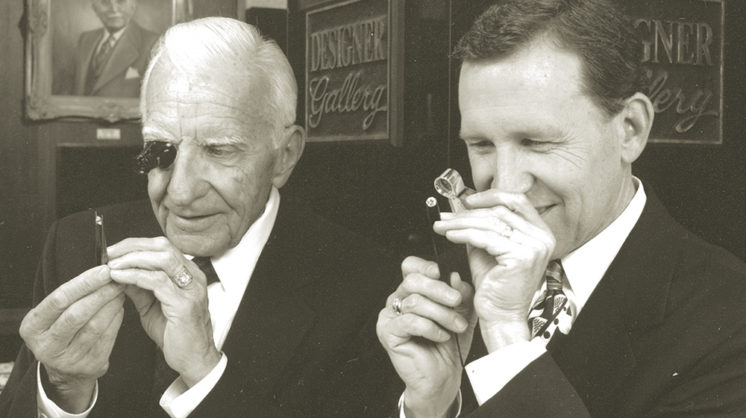 It may be enough to say that an Oklahoma business, established 12 years before its home state became a state, is still going strong and still run by the same family who started it. But perhaps what is even more noteworthy is that Mr. B.C. Clark himself started his business penniless in Purcell, in the corner of a five-and-dime store in 1892.

Benton Clyde Clark was on his way to Chickasha with $50 in his wallet and a plan to open his own jewelry store when his train stopped in Purcell and he realized his wallet was missing. This forced him to rely on the kindness of an acquaintance and the skills he had learned in his brother’s jewelry store back in Abilene, Texas, to build his business.

Since then, BC Clark has survived the stock market crash and the subsequent Great Depression to expand to three stores and become the state’s oldest family business.

This progression has included a jingle composed for its anniversary sale becoming an Oklahoma Christmas carol – 60 years after it first aired – and a Pray for Rain campaign, which for almost two decades has been paying for brides’ rings if it rains on their wedding day. With its new Family Friday event, it’s now one of the few retailers to give employees a paid day off the day after Thanksgiving, generally considered the biggest shopping day of the year.

Part of BC Clark’s 125th anniversary celebrations include continuing its fundraising work with United Way of Central Oklahoma, and matching all donations up to $125,000 through Jan. 15. Donations can be made online at unitedwayokc.org.