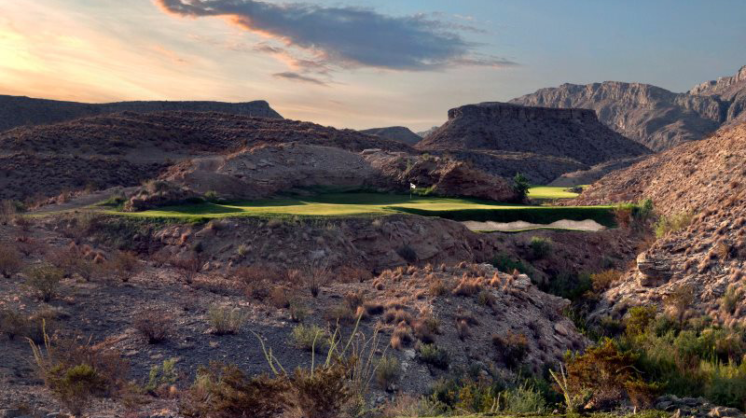 Everything really is bigger in Texas, especially this national park.

From 72-ounce steaks to the longest-running state fair in the country, Texas is a state that goes big — a sentiment shared with its nature, too. Located in a far-flung corner of west Texas, four and a half hours southeast of El Paso, Big Bend National Park is a momentous park that lives up to its name with 1,200 square miles of mountains, canyons, wildlife and epic desert terrain bisected by one of America’s most iconic rivers, the Rio Grande, whose bending shape forms the border with Mexico.

As one of the most remote national parks in the country, Big Bend is a wonderland of solitude and serenity, and of soaring peaks and craggy canyons. Out here, in an isolated corner of Texas devoid of human development, it’s hard to believe you’re on the same planet as cities like Dallas, let alone the same state. It epitomizes the notion of national parks: beautiful, unmarred landscapes of otherworldly flora and fauna, far removed from the habitual clutches of Wi-Fi. A tranquil escape from civilization — this is the majesty of Big Bend National Park.

Just outside the park, Terlingua is a tiny town teeming with dusty lore. A once-bustling mining town under the operation of the Chisos Mining Company, Terlingua boomed during World War I with increased demands for quicksilver. It served its population of 2,000 residents with a school, postal service, a restaurant, a doctor and a hotel. While the mine has long since shuttered, with most residents leaving Terlingua an abandoned ghost town, an updated hotel remains. Surrounded by mine shafts and gnarly cacti, the Big Bend Holiday Hotel has the endearing charms of Wild West Texas with rooms, suites and entire houses available as eccentric lodging. These include cottage-style casitas, Uh Clem’s Room with a grotto shower and the Rock House, a former trading post on the Rio Grande complete with a grill on the riverside terrace and an on-site housekeeper.

For something with more amenities and modernity, head 12 miles southwest to Lajitas, home to the 27,000-acre Lajitas Golf Resort. The resort boasts its own “international” airport, a golf course designed by PGA-winning Lanny Wadkins, the Agave Spa and unique activity options like cowboy-led lessons on how to shoot single-action pistols. Comfy accommodations are spread across multiple sections, including Old West-inspired rooms at Cavalry Post, swimming pool-adjacent suites at La Cuesta, hacienda-style villas and rooms at the Badlands Hotel — including the Clay Henry Suite, named for the beer-drinking goat mayor of Lajitas. Yes, really.

From extraordinary hikes to raft rides through sky-scraping canyons, there’s no shortage of all-natural awe in Big Bend. The Chisos Mountains are the only mountain range contained entirely within a national park, with 150-plus miles of hiking trails ranging from peaceful strolls to hardcore treks. The Chisos Basin Loop Trail is an easy entry point, a two-mile jaunt on a tree-lined trail culminating with sweeping desert vistas, while the Lost Mine Trail is an arduous five-mile trip through juniper forest to the crest of a rocky ridge overlooking a sprawling valley. En route, be on the lookout for Big Bend’s resident wildlife — bobcats, javelinas and mountain lions are all rare sights, while far-more-common roadrunners and coyotes make the place look like real-life “Looney Tunes.”

This may be the arid desert, but water activities are front and center, with the mighty Rio Grande offering paradise for paddlers. Kayaks, canoes, rafts and stand-up paddleboards are all available from area outfitters, most of whom offer guided river floats through the canyons. Chief among them is Santa Elena Canyon, the tallest in the park, lined with a grassy hiking trail shrouded in merciful shade. Depending on the water level, the river may experience rapids or be practically still. Just be sure not to make landfall on the south side of the river, as border crossings into Mexico aren’t treated lightly.

For something more relaxing, luxuriate in natural hot springs that bubble up at 105 degrees Fahrenheit on the shore of the Rio Grande at the end of gravelly Hot Springs Road. Located in the remnants of a former bathhouse, the geothermal-heated spring is separated by a stone barricade from the river.

The action doesn’t have to end at sunset, either. Being so remote, Big Bend is one of the best places on the continent for stargazing, with the least light pollution of any national park in the contiguous 48 states. In addition to periodic ranger-led stargazing programs and moonlight hikes, all you need to do to experience the twinkling spectacle is look up.

Where to Eat and Drink

After a day on the trails, mosey over to Terlingua’s spirited saloon, the Starlight Theatre, where the food far exceeds the call of desert duty. The menu specializes in margaritas and contemporary riffs on Texan cuisine, like tequila-marinated Texas quail with blueberry-balsamic reduction, chicken-fried Texas antelope with Lone Star Beer gravy and pork medallions with a spicy chipotle sauce.

Lajitas also offers an assortment of options, including Candelilla Cafe, Boardwalk Bakery and Pizzeria and the Thirsty Goat Saloon. Named for the town’s goat mayor, who routinely makes the rounds through the bar to chug Lone Star Beer by the bottle, the upscale saloon serves crafty Tex-Mex fare like fried quail legs drizzled with hot honey, brisket quesadillas and Clay Henry’s Nachos, heaped with ground beef, beans, roasted poblano queso and guacamole. Because apparently the goat mayor of Lajitas likes nachos as much as he likes beer.