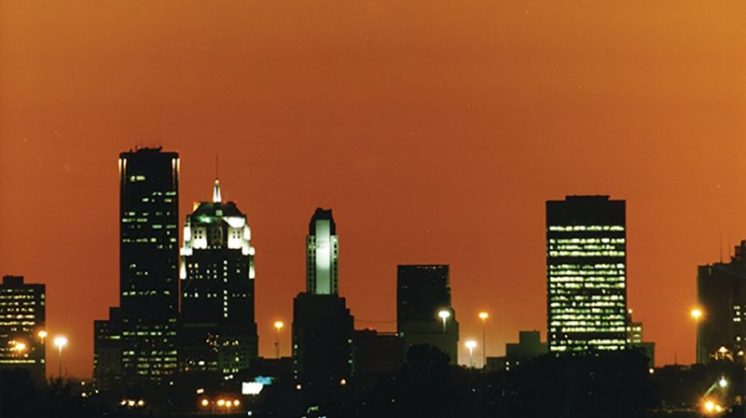 Many Mayors Might Be Content To Sit Back And Bask In Leading A City That Has Been Described At Various Times As Booming, Flourishing And Prosperous, But Not Mick Cornett.

Cornett, who has been mayor of Oklahoma City since 2004, wants people to remember how the state’s largest city got to where it is today. He’s doing that through a feature-length documentary he produced called “Oklahoma City: The Boom, The Bust, The Bomb.” It’s set to be released in April, ahead of the 20th anniversary of the Alfred P. Murrah Federal Building bombing.

“It seemed to me that a lot of people in our city just weren’t aware of how we got here,” Cornett says. “It’s easy to look around today and see that we’re kind of a city on the rise and a lot of great things are happening … but I’m old enough to remember what we went through.”

The narrative documentary-style film traces the city’s rise and fall from 1970 to 1995 through different chapters and features interviews with notable residents including former Oklahoma Gov. George Nigh, former Oklahoma City Mayor Ron Norick, current president of Oklahoma State University Burns Hargis and Russell Perry, the founder and owner of a publishing and broadcasting company.

“I don’t think people realize just how bad the economy got in the 1980s,” Cornett says of the oil bust. “People are aware of the Great Depression in the 1930s. Well, for Oklahoma City, this was just as bad.”

Most importantly, the mayor says, a generation of well-educated young people couldn’t find jobs in Oklahoma City and left for cities like Dallas, Houston, New York City and Tokyo. They might have remained here if circumstances had been different, he says. “We lost a lot.”

Though there was still optimism during that time period, hopes were continually dashed. Then came the bombing on April 19, 1995, a date that is forever etched in the minds of residents and the event many people across the nation and world now associate with the Sooner State.

The bombing, which took the lives of 168 people and left many more injured, united the city, Cornett says, and that unity is important to examine as Oklahoma City continues to grow and prosper. “I think today, if you look at one of the reasons Oklahoma City is successful, it’s because a lot of people are pulling on the same rope. We don’t have a lot of people pointing fingers, blaming each other or in-fighting,” he says.

The mayor, council and business leadership work together to support the consensus to move the city forward, he says, and focus less on personal interests. That unity can be seen through the now-vibrant downtown and the electricity and excitement felt every time the Oklahoma City Thunder play a home game.

This is the first full-length film for Cornett, who worked as a reporter and ran his own video production company before becoming the 35th mayor of Oklahoma City. “I’ve done a lot of storytelling in my life, both short-form and even medium-form, but this is my first full-length film,” he says. The movie – an idea Cornett developed three or four years ago – is for everyone: the young and old, the new transplants and the lifelong resident.

Oklahoma native Paul Harvey was an inspiration for the undertaking. Harvey, a well-known conservative radio broadcaster who died in 2009, often told tales of little-known moments of history on his popular show “The Rest of the Story.”

“That’s kind of what this movie is. You can look around Oklahoma City today and see a lot of impressive things. Well, this is ‘the rest of the story,’” Cornett says. “This is how the city got there. It’s not always pretty. It’s not always fun to watch, but I think people are going to find it really interesting.”

“Oklahoma City: The Boom, The Bust, The Bomb” will be screened at Harkins Theatre beginning mid-April. For more info visit okcmovie.com.