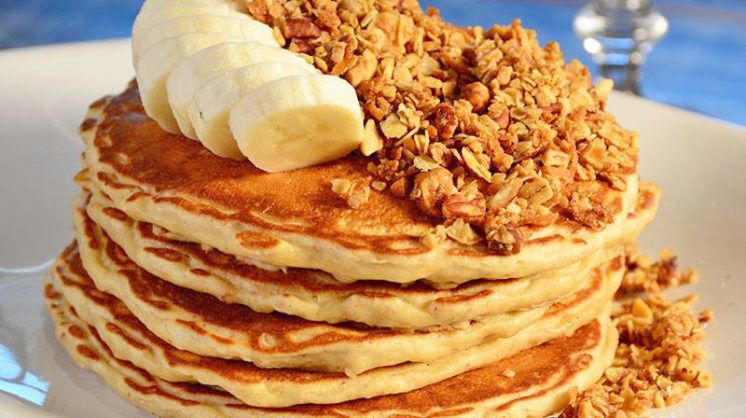 With a potential teachers’ strike looming next week, and numerous schools across the state due to close, one metro business has decided to do their bit and give back to local schools.

The Hal Smith group’s Neighborhood JAM breakfast (all day) hotspot will be hosting a Breakfast with Benefits on the first Friday of each month, during which it will donate 20 percent of its sales to a local school.

The north Oklahoma City breakfast and lunch restaurant, which opened in Lleyton’s Court in November of 2017, will be donating the percentage of its sales between 5 and 9 p.m. during the breakfast-for-dinner event.

“Neighborhood JAM believes that the community should come first, and that it’s extremely important to invest in our neighborhood’s youth,” says Neighborhood JAM’s general manager Michael Kraft. “That’s why we have decided to host a once-a-month dinner that gives back to a local school.”

Average teacher salaries in Oklahoma rank 49th lowest in the country. Years of continuous cuts to public education have forced 20 percent of state schools to switch to a four-day-a-week schedule. Oklahoma is also 48th in the nation in per-student education spending, putting the state just over $1,600 behind the regional average – a figure that’s higher than the previous year, according to data from the National Center for Education Statistics released in January.

Neighborhood Jam’s first Breakfast with Benefits will be held April 6, and proceeds will go to Edmond’s Charles Haskell Elementary.

Cultural centers across the state are set to open day camps to help working parents should the strike go ahead starting Monday (April 2). Among those going the extra mile is the Oklahoma City Museum of Art, which is offering free entry to the museum for teachers and youngsters during the strike.