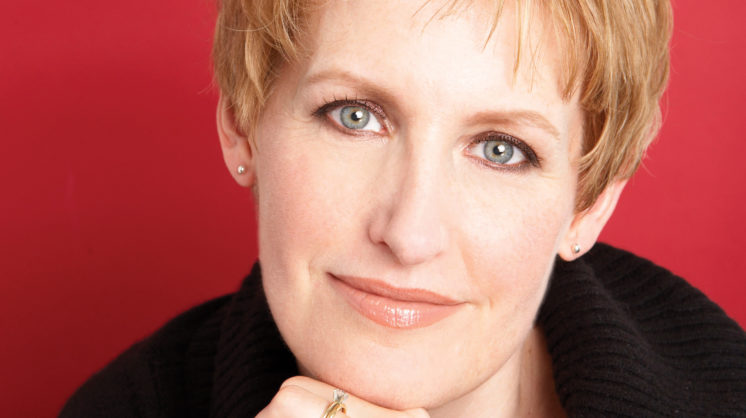 Theater Lovers Needn’t Go All the Way To The Great White Way to get their fill of top-tier live performance – the footlights are lit and the curtain rising on a new season of wonders for the University of Central Oklahoma’s Broadway Tonight series, filling the intimate Mitchell Hall Theater with internationally renowned talent in a four-show schedule beginning … just about now.

The features are produced by Dr. Greg White, UCO’s director of music theater, who in addition to being a Central alumnus and earning a Ph.D. in Fine Arts from Texas Tech has done his time treading the boards: He has several acting roles in national tours under his belt, and has also enjoyed stints as a cruise line singer, theatrical director and award-winning playwright (his creation “Flipside: the Patti Page Story” received 18 National Kennedy Center honors, including Best Musical).

While professing surprise that he’s entering his fifth year at the program’s helm – time apparently flies when you’re having fun – White is confident he’s in the right place. “My familiarity with the College of Fine Arts and Design certainly helped,” he muses, “also, touring with major Broadway shows as well as performing in NYC for more than a decade before I began teaching at UCO helped with my breadth of knowledge. The Broadway Tonight position proved the perfect fit for me.”

White learned a great deal from longtime series director Jon Finch, and incorporated his expertise with a commitment to increased student and community focus – every guest artist offers a master class on campus, and many perform alongside students. To select those artists, White explains that “I try to look at what’s happening in our rich OKC metro arts scene, and find unique programming that you won’t find anywhere else; programming that will enlighten and enrich our community. I also look for a wide array: musical theater productions, dance, theater, vocalists, et cetera.” The results speak for themselves in the 2013-’14 season.

Liz Callaway and The Young Voices of Edmond

Friday and Saturday, August 23-24
The tradition of beginning the season with a youth-oriented vocal concert continues courtesy of Callaway – in addition to her Broadway credits and solo recordings, she lends her voice to multiple films, and was the singing voice of Fox Animation’s “Anastasia.” Her group of stage mates, the Young Voices, was the brainchild of Dr. White and Angie McKenna and welcomes new members; call 974.2609 for details.

Friday, September 6
How skilled is tap master Glover? The late, great Gregory Hines, himself a legendary dancer, said of his former pupil that “Savion is possibly the best tap dancer that ever lived.” Still a force for creative expression as he approaches 40, Glover hasn’t lost a step in fusing choreographic skills he has learned under the tutelage of many masters. “He stands on their shoulders, yet brings the art form to a new level, and to a new generation,” says longtime fan White.

Friday, January 24
There are few guarantees in life, but: This show will sell out. A veteran actor and living titan of the American stage, Holbrook isn’t just a good choice for the classic author; he completely inhabits the role. That’s the result of nearly 60 years – over half a century – spent honing his craft by performing this same one-man show. Prepare to be amazed.

Saturday, February 22
A smooth, sonorous presence on stage, screen and television, the debonair Edelman is a showman of the old school, the sort of singer who looks perfectly in his element wearing a tuxedo with undone black bow tie while crooning “Feelings.” White raves, “Gregg is charming, suave, dashing, and yet so affable – a true Broadway leading man.”

Tickets are on sale now, and – word to the wise – season passes offer a 20 percent discount over individual shows. Visit uco.edu/broadway or call 405.974.2609 to get in on the entertainment.