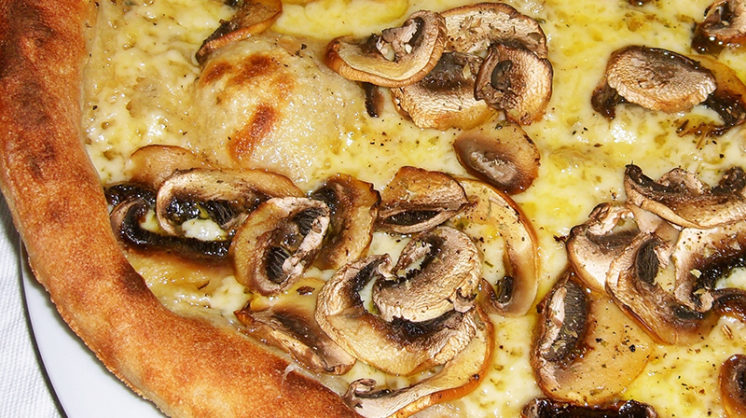 The term “operatic” tends to connote something big, whether it’s the scope of a production or the melodramatic intensity of an actor’s emotion. But this season, Norman’s Cimarron Opera’s demonstrating that opera on a small scale can be big fun for audiences, and their next show succeeds by lampooning the larger-than-life emotions of its stereotypical characters. The Salon Series continues with “La Pizza con Funghi” Feb. 13 at the Santa Fe Depot.

The one-act show about passion, perfidiousness and poisoned pizza is a comedy, and in this case that means laughs throughout rather than a happy ending. Cimarron’s executive director Shari Ransley Jackson likens it to an operatic version of Noises Off, or an episode of “The Carol Burnett Show.” She explains, “It’s a spoof of opera itself with some pretty hilarious results, and at the end, nobody’s left alive. It’s a love square – not a triangle – gone wrong.”

Though filled with slapstick and mirth, the show also stars genuinely skilled singers, and admission includes wine, food and an immersive audience experience.

“We’re going to be serving pizza with mushrooms – what else?” laughs Jackson. “The setting is in a home, so we’ll make everybody feel like a part of the scene that’s going on. It’s a little like opera in the round.”

The only downside is that the Depot only holds about 60 people, so get tickets via cimarronopera.org tout suite.