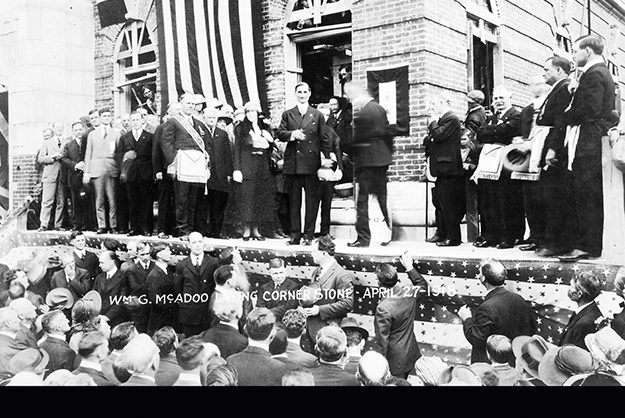 Over a Century of Staunch Community Support

Its mission refers to helping build “healthy spirit, mind and body for all” – in Oklahoma City at least, the YMCA could add “community” to that list.

In May 1889, less than a month after Oklahoma City became an actual place, its first YMCA officers were chosen. The organization’s struggles (and early failures) to take root, and its evolution along with its city for the past century and then some, form the basis for the fascinating journey “Cornerstone,” written by veteran local historians Steve Lackmeyer and Jack Money and released to coincide with the YMCA’s 125th anniversary.

The book is loaded with photos and reproductions of advertisements and sketches, though while it eventually catches up with the modern era, the color in the first two-thirds of “Cornerstone” comes not from visuals but from the people working to build the organization – like Robert S. Kerr cheerfully posing in cowboy gear for a promotional photo, or J.B. White (“The Bull”), who came to town after three men had held the title of general secretary in four years. White closed the revolving door and remained at that post for 25 years.

As current President and CEO Mike Grady puts it, “The Y is a force for our community so that our community can be a force for good. We are truly grateful for the opportunity that has been given to us to carry on such important work.” And, presumably, for the chance to have their story told so richly and well.