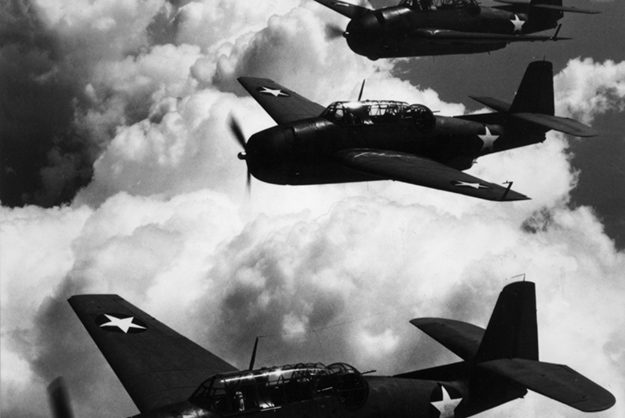 Career Snapshot
Through March 16, Fred Jones Jr. Museum of Art
While Horace Bristol might not be a household name, his views of the world – and the camera that helped him share them – helped shape the American mindset in the 1940s. In “On Assignment,” the Fred displays a selection of Bristol’s socially conscious photographs depicting Dust Bowl-displaced Okies, humanizing post-war Japanese life and more.

Bleak Seasons
Through December 7, OU Rupel Jones Theater
No dancing, singing candlesticks in this musical – it’s a gripping tale of friendship, compassion and the costs of survival faced by two orphans, an African slave and a lost English heir, against the grim, remorseless march of the Industrial Revolution. But remember that darkness is often the precursor to dawn as the OU University Theater presents “Coram Boy.”

Scoring Position
Through January 26, Sam Noble Museum
Kevin Carroll is an inspirational speaker, author and “agent for social change” – and still found time to assemble “The Art of Sport + Play,” an exhibit composed of memorabilia from his world travels that reflects the ubiquity of his personal credo: Gameplay is a universal experience, and embracing the spirit of playful creativity is good for the mind and spirit, regardless of age or circumstance.

All Aboard
December 6, OU Memorial Union
You say it’s over 3,200 miles to Barrow, Alaska? No matter: The Assistance League of Norman will be taking guests farther, faster via The Polar Express, the theme for its 2013 Holiday Gala. The evening of dinner, dancing and live and silent auctions laden with delights and treats including a hot chocolate bar (ooooh!) celebrates and enables the ALN’s community philanthropic efforts.

Crazy Train
December 7, Boone Pickens Stadium
Both teams have conference losses, and while both are bowl-bound, neither has realistic national championship hopes. You think that’ll keep this from being a ferocious struggle? Stillwater will be a madhouse as OU’s and OSU’s football teams finish their regular seasons; the perfect atmosphere for the annual renewal of the Bedlam rivalry.

Down But Not Out
December 7-January 31, Istvan Gallery
Faint heart never won fair maiden, but the women of the OKC female art collective FRINGE found room in their hearts to embrace the concept of making time during the heat of the holiday season for having a bit of a respite, even if impromptu. If you find yourself needing a breather from bell-jingling, drop by the gallery for the festively restful exhibit “Swoon.”

Bigger Than Bigger Than Life
December 13-February 16, OKC Museum of Art
Partially paralyzed for the last 25 years, he remains a vibrant, vital force for innovation in his chosen field. In the traveling exhibit “Chuck Close: Works on Paper,” the museum unleashes a glittering spectrum of techniques – etchings, linocuts, lithographs, woodcuts – the influential artist has utilized in executing decades’ worth of massive-scaled portraits. You’ll be amazed at how engrossing it is to take a Close look.

A Meal and a Mission
December 13, Cox Center
Domestic violence is an ugly subject … but ignoring the issue doesn’t fix anything, and having the courage and resources to face the problem can change lives. It can save lives. The YWCA raises critically needed funds and provides ample inspiration through firsthand survivors’ tales at its uplifting annual Women Who Care Share luncheon.

Orange You Ready for Some Basketball?
December 14, Chesapeake Arena
Marcus Smart’s continued ascendance, the potential prowess of a women’s squad with four returning starters and top 50 prospect Roshunda Johnson … there are ample storylines to follow during the return of the venerable All-College Classic, an all-OSU affair in 2013 as the Cowboys and Cowgirls take on Louisiana Tech and South Florida.

Mic Master
December 18, Chesapeake Arena
He came out of the frightful prospects of the Bed-Stuy projects; The Black Album was a hit from pole to pole; Jay Z is the master of his fate; he is the captain of his flow. Retirement proved about the only impossibility for the multimillionaire rapper-slash-entrepreneur … but this way OKC fans get the chance to bask in his all-star rhymes.