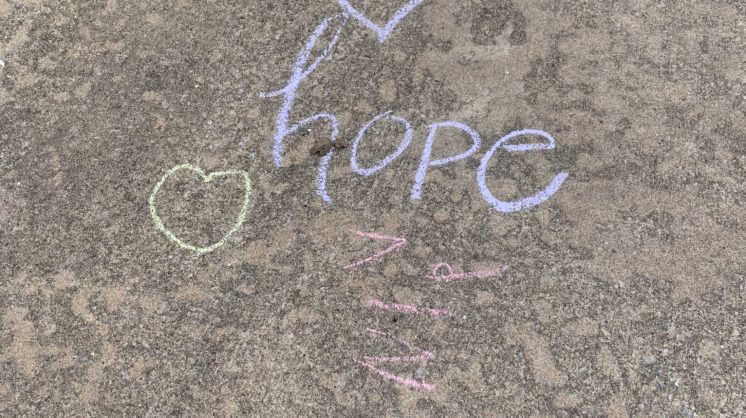 Enterprising 405 parents are coming up with novel ways for children to celebrate birthdays, play with friends and keep their minds engaged.

Emily Lang, co-founder of Price Lang Consulting, celebrated her son’s 12th birthday with a parade instead of a party.

“… Since we can’t have a party, we’re having a surprise parade in his honor. Friends and family are lining up in our neighborhood and honking and waving as they go by,” she said.

Residents of the Chimney Hill neighborhood in Edmond have banded together to come up with bear hunts, scavenger hunts and a creative contest to keep the little ones engaged.

Utilizing the neighborhood Facebook page, residents have been asked to participate in a number of activities.

“This week it was going on a bear hunt,” said Karen Harper, a first-grade teacher at Will Rogers Elementary School in Edmond. (A neighbor) put together a map with little bears on different streets so the kids would know where to look. I put one bear out in my window and this morning I heard a little voice saying, ‘Hello bear!’”

Another activity calls for children to use “wood boxes, jugs, tape, glue, paint and your imagination” to create an animal that can be put on a porch or front yard. Judging is scheduled for March 29. 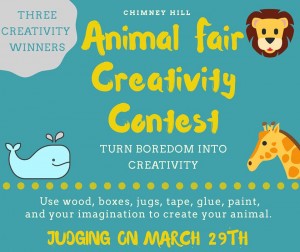 Neighbors and their families also have been encouraged to leave chalk messages on sidewalks and driveways to lift spirits and stay connected. One message simply said, “Hope.”

Even if your neighborhood hasn’t organized a bear safari or an animal-themed craft contest, parents still can get in on the four-legged fun with a virtual visit to the Oklahoma City Zoo.

The zoo is hosting a new digital series, posted daily at 2 p.m., that allows viewers to take a safari from the comfort of home with caretaker chats, wellness exams, behind-the-scenes animal encounters and unexpected adventures. Episodes are posted on the OKC zoo’s social media platforms (Facebook, Instagram, YouTube) and at okczoo.org/okc-zoo-at-two. They include pre-produced stories as well as live broadcasts allowing viewers to submit their questions to be answered by Zoo caretakers.