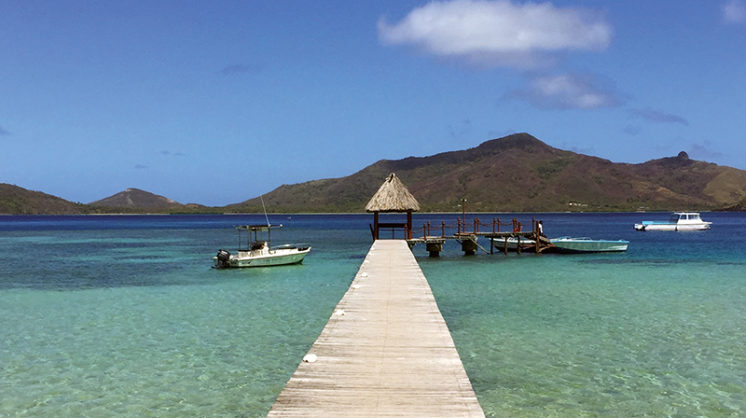 The salty spray from the sea felt refreshing as our tiny boat cut its way across the channel from Turtle Island, our Fijian paradise, located an hour’s ride by sea plane from the city of Nadi. In this humble, vibrant fishing village, accessible only by boat, we would spend the afternoon along a powdery beachfront among local Fijians, hearing their music and dancing traditional dances … and drinking Kava in the community’s Kava ceremony, an age-old ritual and the cornerstone of Fijian culture.

Many of the villagers worked on Turtle Island as staff members, and over the course of our stay, they had gone from staff to something more like family. It was now my chance to be a guest in their village, and I was eager at the opportunity to look behind the curtain at what made Turtle Island so magical.

Five days earlier, the entire staff lined the serene waterfront of the reef-surrounded island as our seaplane touched down into the cerulean waters of the Yasawa Island chain. Two men, Arthur and Erami, waded out into the knee-deep water toward us with beaming grins. “Bula, bula!” they said with infectious enthusiasm. Bula, which translates roughly to the word “life,” is a traditional Fijian greeting similar to the Hawaiian’s aloha. The word’s primal, playful tone, which we would hear and speak a thousand times in the days to come, is enough to awaken anyone’s sense of joy and curiosity in a way reminiscent only of a carefree childhood.

After placing a necklace of flowers around our necks, Erami and Arthur helped us from the plane’s float into the knee-deep, bath-warm water. A team of more than 30 out of the 120 total staff, each grinning radiantly, sang to the upbeat strum of a five-stringed guitar and ukulele as we made our way through the low tide toward the pristine beach where breakfast and a welcome drink awaited. While the lyrics were in Fijian, it was clear that the song was one of joy and welcome.

Once on shore, we met Mama Sala, a bright-eyed, gentle Fijian woman who greeted us – not with a handshake, but rather with a hug not unlike that of a mother whose child has returned home after his first year of college. Her sole task for the week, she explained, was to ensure that our every need was met, from adventure to relaxation, meals to massages. “At Turtle Island,” she said, “you are like family.” A sentiment that with each day grew more and more true. 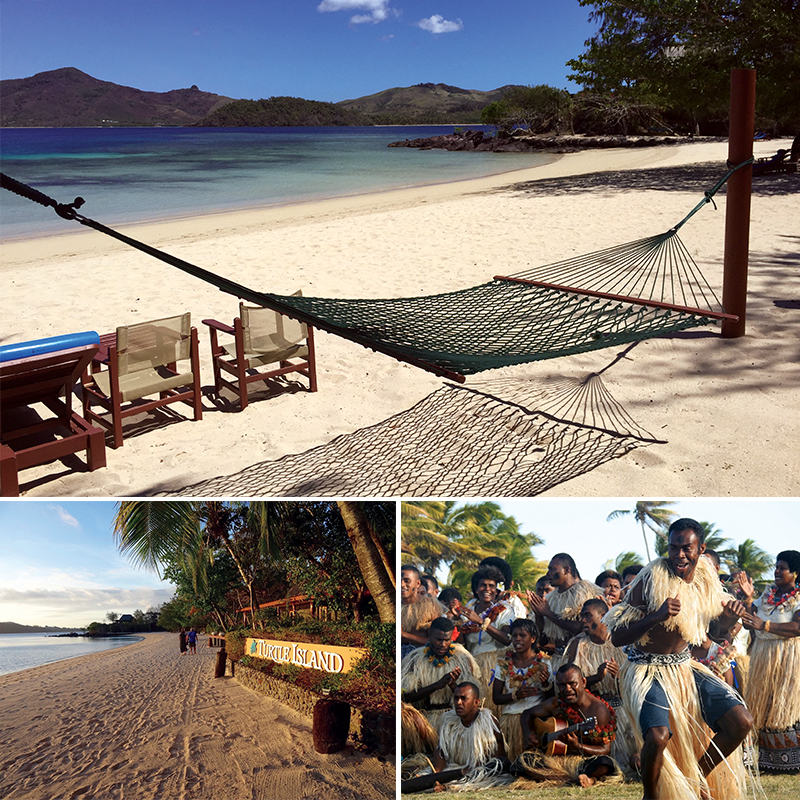 Turtle Island is an entirely private, eco-friendly island. It is the only resort of its kind in Fiji and offers guests unrivaled access to some of the world’s best diving, snorkeling, fishing and adventure paired with personalized luxury, exclusivity and intimate service. There are only 14 bures (private huts) on the entire island. Each bure’s well-appointed oceanfront living space offers a sitting area, balcony, his and hers sinks and toilets, an indoor and outdoor shower and a “bure mama” dedicated entirely to the needs of its guests. In addition to structured adventures such as diving, biking, sunrise horseback rides and fishing, at Turtle Island, guests always have access to stand up paddleboards and snorkel gear to explore the rich coral reefs just beyond your bure’s lazy beach hammock. Each day, guests also have the opportunity to reserve their own private beach where your bure mama will make sure that your picnic basket of fresh fruit, fresh-caught lobster and champagne awaits you when you arrive at the time of your choosing.

When engineer Richard Evanson purchased the island in the early 1970s, goats had stripped it of nearly all its natural vegetation and left it sitting barren for decades. Evanson saw promise in the space with its stunning coves, and made restoring the island to its natural beauty his life’s goal.

Not long after its purchase, the island received global recognition as the backdrop for the blockbuster The Blue Lagoon. Since, Turtle Island has become one of the world’s premier travel destinations, and a vital source of income and opportunity for locals living on the surrounding islands. The Turtle Island Resort provides more than 120 jobs to local villagers and has begun a secondary school where 50 of the islands’ children receive their education at Turtle Island’s expense. 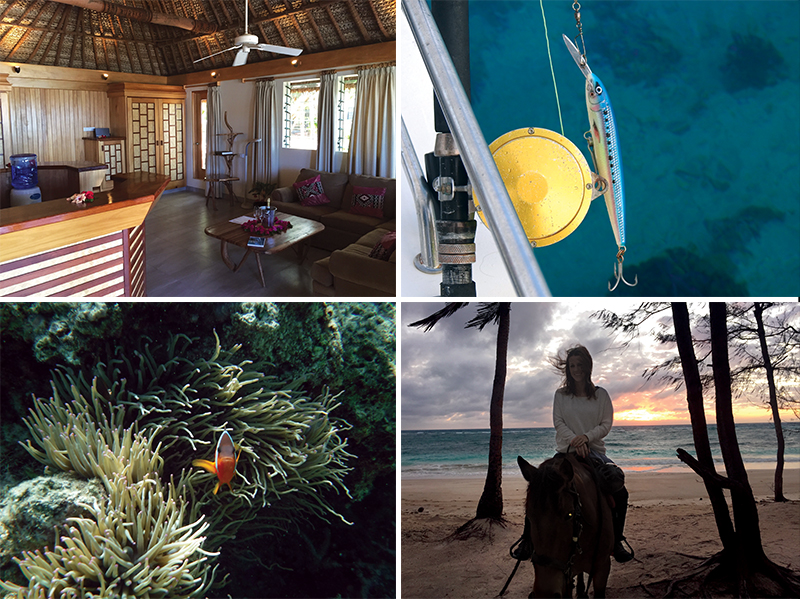 Not only does the island excel in community outreach, so too does it spare no expense in its effort to be environmentally conscious. Solar panels produce 90 percent of the resort’s energy needs, and most of its produce is grown on the island. The island also plays a critical role in saving both green and hawksbill sea turtles, rescuing and tagging them to devalue their shells and releasing them back to sea.

Starry nights are filled with beautiful meals served family style. On special nights, visitors dine while floating on a raft in the middle of the protected moonlit cove. After dinner is when the true Fiji emerges. One night, the staff performs traditional songs and dances, and every night after dinner, guests participate in a Kava ceremony. Kava is an age-old island tradition in which the eldest member of a community mixes a crushed root with water into a ceremonial bowl. After a brief ritual, each participant takes a sip of the grainy elixir, binding visitors eternally to the Fijian people as has been done in this island nation for hundreds of years.

Kava at the resort is certainly a taste of true Fijian culture, however, a trip to the village is an immersion. Children play rugby and chickens run wild. There are no roads in this small village, and the houses have no windows. Some of the homes run on generators, others are lit only by the smiles of their residents. As we make our way toward a group of locals who have gathered for a Kava ceremony, they ask us to join. With the chief’s blessing, we take our Kava. As the drums begin to beat and the parade of dancers pulse, one by one, we are pulled in. A mile across the channel is one of the world’s most luxurious resorts, but here among the Fijians and their beautiful way of life, for the first time, we feel at home. Mama Sala was right: In Fiji, you do feel like family.