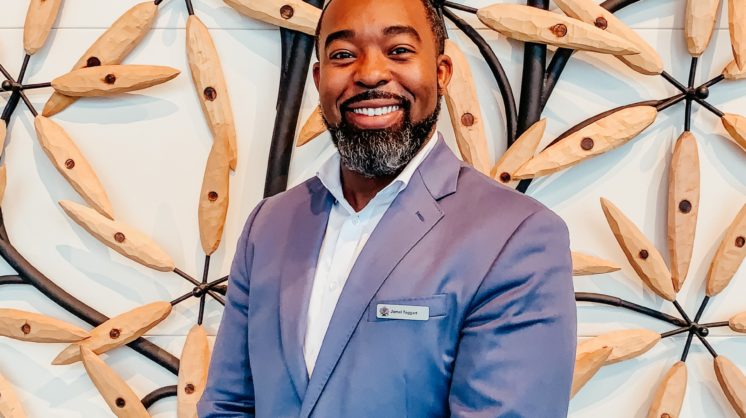 Jamel Taggart assumed his duties as the food and beverage director for Oklahoma City’s Omni Hotel in November 2020. This position includes oversight of the property’s seven restaurant and bar concepts, as well as the hotel’s room service and banquet business. Given that the hotel has 605 guest rooms, and is expected to be a popular choice for business conferences post-COVID, his task is – at the risk of understating – massive.

Taggart grew up in Memphis, later attending the University of Tennessee before starting his career in hospitality. Over his 15 years in the industry, he’s worked in Las Vegas, Dallas, Indianapolis and Scottsdale. For a young man in hospitality, Vegas was “a dream come true.”

“Growing up in east west Tennessee, you’re surrounded by a kind of Midwest vibe,” Taggart said, “and then school on the eastern side of the state was more of the Southern vibe. Vegas was as West Coast as I’d been, and while it wasn’t as big a paycheck as you’d expect, the experience was amazing. There’s a saying in the industry in Vegas: one year there is equal to five years in the industry.”

Working at Aria, he was exposed to the pinnacle of creativity, talent and quality. Because Vegas is an international destination, there is never a “slow period.”

“I love being busy,” he said, “and you’re always busy in Vegas. Busy makes the time go by. I had great mentors in Vegas, still do. I take trips out there regularly to reconnect.” 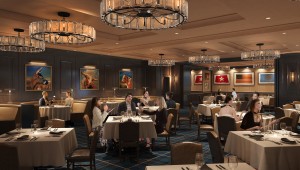 Taggart was most recently at the Omni Dallas, and he said the transition has been relatively easy. Coming from another region of the country, the similarities between north Texas and Oklahoma are more apparent. He remarked on the similar cultures making the transition easier. Currently, he’s focused on building his team; given the scope of the operation he’s overseeing, it’s critical to his success.

“I’m putting good leaders in place,” he said. “The goal is to create a culture that makes the task not so big, so I’d rather hire a candidate with good leadership skills and then train them on what they don’t know about the business than just go with experience every time.”

Taggart is excited about working at a concept that is essentially a self-contained staycation in downtown Oklahoma City. Seven restaurants, a spa, workout facility, retail corridor, pool, and other amenities create a vacation package in one building, with  Scissortail Park across the street. Proximity to Thunder games will be instrumental post-pandemic, and Taggart’s “favorite child” is the OKC Tap House – a two-story sports bar with access to Robinson – a stone’s throw from the arena.

“Among the feedback we got from locals was that they’d love to have a downtown sports bar where they could watch the game and drink local beer,” Taggart said. “We’ll have two floors with indoor and outdoor seating on both, and a bunch of local beers on tap.”

Taggart’s drink of choice since arriving here has been drinking plenty of Roughtail and Stonecloud. “I’m an IPA fan, and that Everything Rhymes with Orange from Roughtail has been a go-to,” he said. “So has the Neon Sunshine from Stonecloud, and I’m not really a wheat beer guy.”

Other concepts include Park Grounds, a coffee-based concept with picnic options for Scissortail Park; Bob’s Steak & Chop House, a chain of sorts in which Omni’s parent company has a substantial ownership percentage; Double Double, a walk-up burger bar; and, a pool concept, lobby bar, and old school-style diner. The diversity alone makes Taggart’s job complex, and that’s without tossing in room service and banquets.

Most of the concepts are expected to be open for the hotel’s debut on Jan. 26. Seltzer’s, the diner-cafeteria design concept, is still in process, including the final menu. Taggart said to expect modernized diner fare with boozy shakes, as well as other traditional options. The expected open date for Seltzer’s is spring 2021.