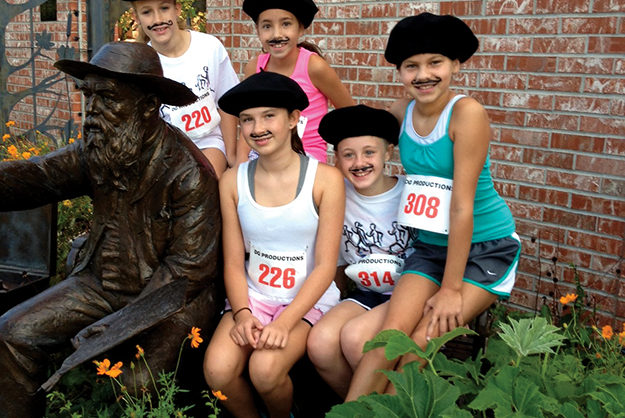 Ask An Oklahoman To Describe August And You’ll Probably Hear Some Variety Of Complaint about the temperature, the sun, the humidity or some combination of all three. It’s a little warm, basically. But while it might be viscerally tempting to lock yourself inside and crank up the A/C during the bitterest brunt of the day, there are still plenty of reasons to venture out during the less sunny hours … especially for those interested in working up a sweat the more competitive way. Racing in central Oklahoma doesn’t go on a summer vacation, and this month, four community-improving 5K fundraisers are giving metro residents the runaround – in the best possible way.

Benefits: Limbs for Life, a nonprofit dedicated to providing prosthetics and care to area amputees who can’t afford them on their own. The OKC Veteran’s Administration will also be holding its annual “Hero Homecoming” celebration for troops returning from overseas duty. 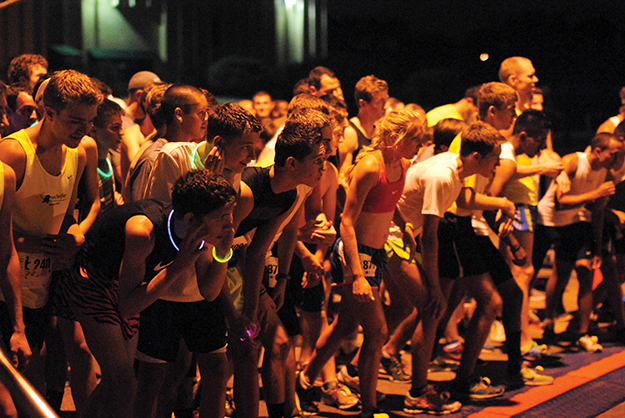 Benefits: Oklahoma Contemporary Arts Center, which offers exhibits and enrichment activities year-round with no admission fees. Proceeds will benefit the center’s upcoming slate of educational programming including lectures and films. By the way, while this is a venerable event, it’s in a new spot this year; the starting line is at the future location of the Oklahoma Contemporary facility.

Each of these three events begins at 8 p.m., and if you can’t make up your mind which cause to support, here’s something to bear in mind: starting in 2014, organizers have brought them together under one administrative umbrella. Each one is a leg of the Run This Town series, and while entry to each costs $35, runners can enter all three races for $90 and receive a commemorative jacket (while supplies last). Visit downtownokc.com/runthistown for details, and to register for any or all three.

“We liked the idea of combining efforts to maximize our budget and use of time,” said Jane Jenkins, president of Downtown Oklahoma City, Inc., “but it also shows how well nonprofit organizations can work together in our community. It’s unlike anything I’ve seen in other cities.”

Benefits: the Fine Arts Institute of Edmond, and the educational enrichment it offers the community (adults and children) in the visual and performing arts.

This race isn’t part of the Run This Town series, insofar as Edmond is technically a different town – but it would be possible for hardy road warriors to add it to their itineraries, since it begins at 8 a.m. next to the Institute’s statue of Claude Monet. Entry is $25 in advance or $30 on race day, unless you’re only in it for the 1-mile family fun run; that’s $10. Hit edmondfinearts.com to sign up.