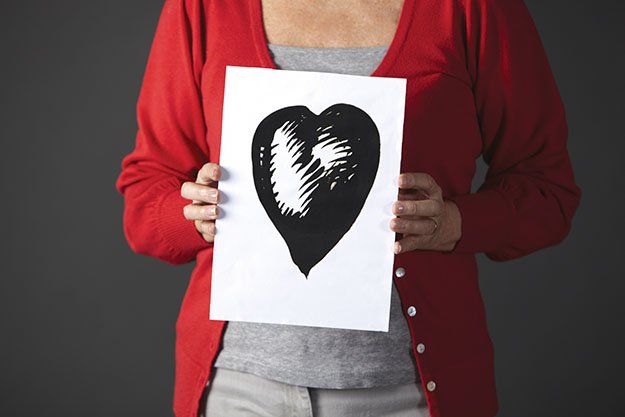 Heart Disease Is The Number-One Killer Of Women In The United States, Accounting For 1 In 3 Deaths; More Fatal Than All Forms Of Cancer Combined. And It Can Be Particularly Deadly Because It’s A “Silent Killer,” Often Presenting No Noticeable Symptoms Until It’s Too Late.

That’s where the American Heart Association’s Go Red For Women program comes in: to raise awareness of this serious issue, encourage healthier lifestyles and save lives.
Funds raised by Go Red programs nationwide help propel research specifically geared toward women, legislative advocacy programs for better overall health at the societal level and individual education. The key is awareness: the campaign encourages women to exercise, eat a more considered diet, visit a doctor regularly to undergo important tests that can serve as early warning mechanisms … and also to spread the word to others. Live healthier; share strength and wisdom;
go red. 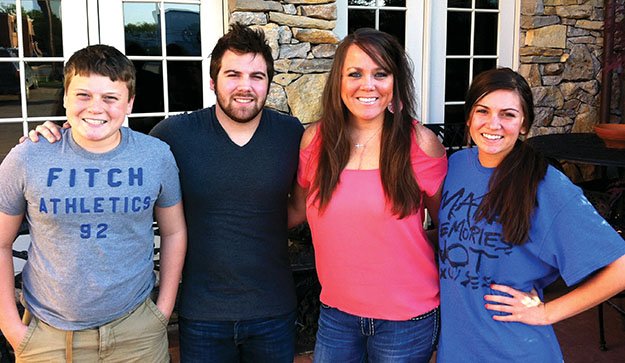 A Victory for Awareness

Chelsea Mielke, 41, is a mother of three, wife, sister, daughter and friend. In January of 2013, she decided her New Year’s resolution would be to lose weight. She stuck with her efforts for two months, when she realized that her blood pressure wasn’t decreasing, and she also had swelling in her hands and feet.

Mielke has been a nurse for 19 years and has experience working with patients in her situation. However, sometimes nurses can be the worst patients; she ignored her symptoms and continued with her day-to-day life. She finally decided to visit her primary care doctor, who took the time to listen to her concerns and researched her family history.

Her mother had died unexpectedly at the age of 49 of an aortic dissection. With that information, her doctor thought Mielke might be in heart failure and sent her for an echocardiogram. Based on its results, the doctor diagnosed her with a bicuspid valve (instead of the normal three aortic valves that almost all children are born with, she only had two), and a 4.7cm aneurysm.

Mielke was immediately scheduled for open-heart surgery. Surgeons repaired the aneurysm and implanted a mechanical valve.

She was lucky her doctors listened and paid attention to her family history. They were able to provide swift treatment that has given her the chance to live a longer life. “This has been the scariest and most eye-opening year of my life,” said Mielke. “Heart disease killed my mother, my great-aunt, and has affected my family in many ways.”

Mielke is now a member of the American Heart Association’s Go Red For Women Passion Committee. Its name is perfectly accurate: it’s a group of people who are passionate about spreading awareness of the dangers of heart disease in women.

“I am in awe of the unity of the women involved in this program to bring awareness to their communities, loved ones and friends,” Mielke continues. “I hope that someone hearing my story and relating to the symptoms and family history takes the step of asking her doctor for a heart screening.  It can save her life, just as it did mine.”

The OKC chapter of the American Heart Association would love to have you over for lunch – along with hundreds of others who are committed to cardiac health. The annual educational (and delicious) Go Red for Women Luncheon will be held on May 16 at the Skirvin Hilton. Pick out something crimson to wear and visit okcgored.ahaevents.org to register.

The American Heart Association’s Go Red for Women is celebrating its tenth anniversary in 2014, becoming along the way a network of caring individuals millions strong. How have they done so far? Here are ten of the program’s tip-top accomplishments …

1 ►More lives have been saved.

2 ►More women are taking control of their health.

Almost 90 percent of Go Red participants have made healthy lifestyle changes including losing weight, improving their diets, exercising more and talking with physicians about a heart health plan.

Heart disease is the Number 1 killer of women, and now more than 23 percent of Americans know it.

4 ►More women are in the know.

Awareness had doubled (2x) among American women and tripled (3x) among Hispanic women.

Among American women, smoking has decreased by 15 percent and high cholesterol has declined by 18 percent.

6 ►More communities have joined the fight.

More than 185 cities nationwide host Go Red for Women luncheons and events, and registration for the group has swelled to a mighty 1,960,704.

8 ►More gender-specific guidelines have been developed.

A greater number of physicians have come to recognize that women’s symptoms and responses to medication differ (sometimes substantially) from men’s.

The FDA is now required to report the influence of gender on clinical trial results, so it’s easier to draw conclusions about studies’ effects on women.

10 ►More inequalities have been identified.

There’s a long way to go to reach parity, but knowing that, for example, men are two to three times more likely (2x-3x) to receive implantable defibrillators than women among Medicare patients helps give focus to the fight for future health. 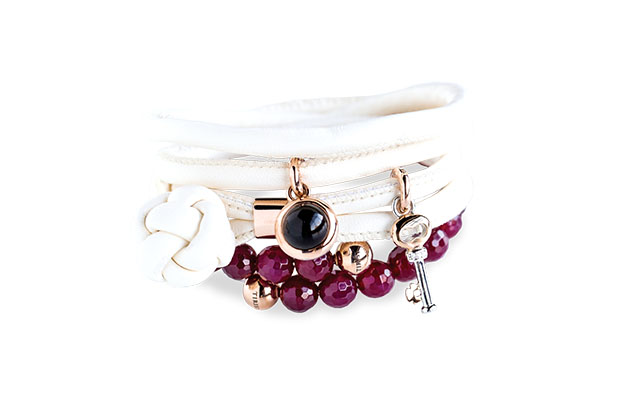 When You Go, Go Glamorous

Wearing the namesake shade as part of the Go Red for Women program is a symbol of solidarity, of visible determination, of strength in unity and the power to influence others toward healthier lives. With that in mind, Slice would be glad to add some scarlet to one lucky reader’s accessories by giving away these lady's 18k rose gold, sterling silver and gemstone bracelets.

They could both be yours; just enter online at sliceok.com/gored by May 15. Good luck!