Getting Social in Uptown 23rd 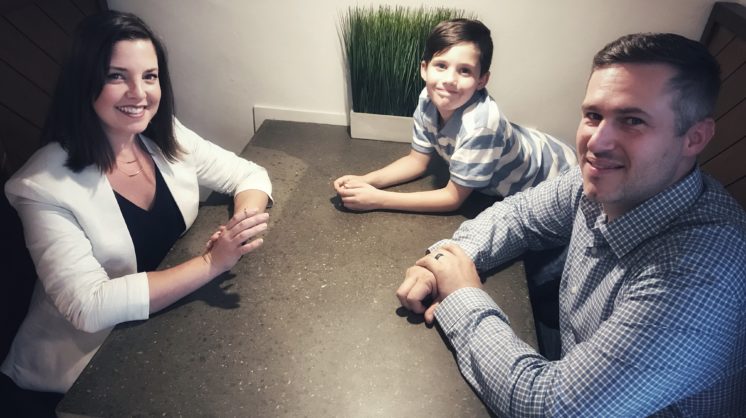 The building on NW 23rd that formerly housed Chae Modern Korean will soon have new life as Social: Deck + Dining, a casual restaurant with a Pacific Northwest influence. Jamie and Jordan Winteroth, both service industry veterans, purchased the Chae building from Daniel Chae, and they are planning a Dec. 1 opening for the new concept.

“Jordan and I loved the social scene that surrounds the service industry,” Jamie Winteroth says. “The industry makes family out of friends, clients and colleagues. I’ve been out for a couple of years now, and I still run into people from that part of my life that I love being around.”

Jamie and Jordan both worked for the Deep Fork and A Good Egg restaurant groups in their service industry careers – Jordan opened and managed both Republic Gastropubs during his tenure – and the two met while with Deep Fork Group, so this will not be their first project as a service industry team.

Daniel Chae had been looking for a new owner-operator for the building when he learned that the Winteroths were ready to be restaurateurs.

“I’d played with a couple different ideas for the space,” Chae says. “I’d considered leasing or operating a test kitchen, but ultimately, I liked the idea of selling the building to an owner-operator so that I could help make someone’s dreams come true.”

Chae knew the Winteroths from John Rex Charter Elementary School, where their children attend. “I think a lot of John Rex’s success that first year was due to Jamie’s work in communications and community outreach,” Chae says. “They were an easy choice as the new owners.”

Social will have what Jamie calls a Seattle-Portland dining influence in a modern-meets-industrial setting. It will also feature brunch seven days a week, a choice that is sure to make servers and bartenders happy, as they are usually working during weekend brunch. The facility has two decks, and both will be reworked over the winter for al fresco drinking and dining come spring. Since it was already a functioning restaurant, the main construction focus will be a remodel, not a rebuild.

Jamie said they have not yet hired an executive chef, but the menu will be “melting-pot Americana” that is also chef-driven. “We want the chef to be part of the menu development, so we don’t have a firm menu yet.”

They are also planning on hiring a front-of-house manager, but Jordan will be the operating partner on site. “I’ll continue to work outside the restaurant until we’re stable enough for me to focus on Social, too,” Jamie says.

One of the primary issues that affected Chae was a lack of parking around the building – Jamie said they will file permitting with the city to pave an empty partial lot just north of the building. In the meantime, they are talking to surrounding businesses, including the old Buy 4 Less and a doctor’s office, to arrange additional parking. In just a few months, it should be time to try a get-together on NW 23rd.