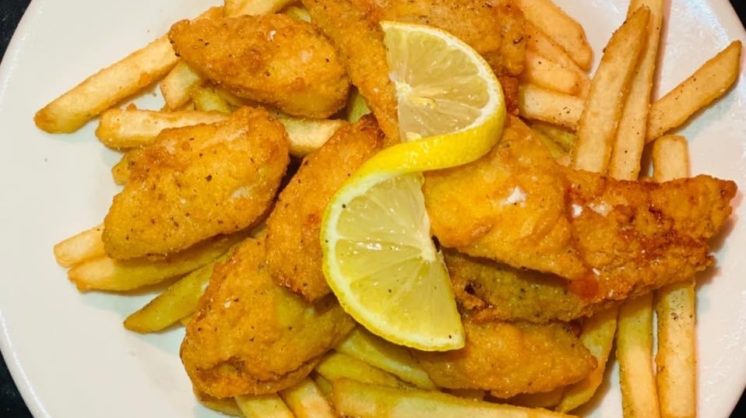 Big B’s Southern Fry debuted on DoorDash in mid-July this year with the promise of bringing fried comfort food – specifically calf fries and lamb fries – to the Norman area and beyond. Brady Sexton, owner of Scratch Kitchen & Cocktails in Norman and the Paseo District is experimenting with a “ghost kitchen” for this delivery only concept.

“Jamie, my wife, is from the McAlester area,” Sexton said, “so she grew up with calf and lamb fries, and we wanted to focus on them with Big B’s. We have fried pollock and crab claws, too, and every order comes with fries.”

Fried everything? Yes. Sexton said that comfort food is the focus. “I eat healthy 13 of 14 days, but on that fourteenth day, I just want someone to throw chicken fingers in the fry basket. Something like that.”

McAlester in Pittsburgh County has a long tradition of serving lamb fries, at least as far back as the 1940s, according to Cattlemen’s Steakhouse operating partner David Egan. 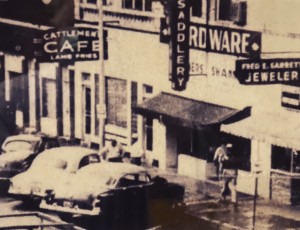 “We started with lamb fries in the 1930s,” Egan said. “Pete’s Place in Krebs opened in the late 1920s, but they didn’t start with lamb fries right away. Honestly, no one knows how the tradition started, and if anyone tells you they know how lamb fries ended up on the menu of an Italian restaurant in Pittsburgh County, the story they tell is made up.”

Egan said the lamb fries started when the packinghouses in the stockyards added the testicles to boxes of lamb rather than just throw them out. They were free, so any profit made would have helped margins, and the dish became so popular that Cattlemen’s eventually put it on a neon sign out front.

Cattlemen’s now goes through approximately 16,000 pounds of lamb fries a year, so the dish has maintained its popularity. Sexton wants to introduce a whole new demographic to an Oklahoma tradition.

“I got the idea from reading about Chuck E. Cheese’s use of a ghost kitchen during the early part of the shutdown,” Sexton said. “They weren’t selling a lot of pizza, so they came up with a new name and put in on the third party delivery app they use, and they started moving some pizzas.”

The use of ghost kitchens is catching on all over as the growth of third party delivery apps like DoorDash and Postmates transforms America’s relationship to eating out, eating in and ordering. Sexton is using the easier – in some ways – model of adding a new entity to an existing restaurant kitchen, but the real promise seems to lie in common kitchens shared by multiple entities, so that one common kitchen that functions independently from a specific restaurant could be utilized by several entities to produce different styles of cuisine for delivery via third party apps only.

“I own an event center down the street from Scratch – Norman, and we’ve talked about using it as a common kitchen, but we have no concrete plans yet,” Sexton said.

For now, Big B’s will use the Norman Scratch’s kitchen to produce fried comfort food, a strategy that Sexton believes will be adjustable post pandemic.

“The goal is to have the processes in place so that even after the pandemic, the kitchen can drop orders for Big B’s into the normal flow of a Friday night at Scratch,” Sexton said. “Right now, we’re just trying to get the word out.”

Using a ghost kitchen can make that difficult because the owner has to balance pumping the new brand with hurting business at the established concept. When he started Big B’s in July, Sexton didn’t tie it to Scratch, afraid that it would water down the Scratch brand. He’s rethought that strategy and is now connecting Big B’s to his personal social media accounts and to Scratch.

“I think when people see something on DoorDash they don’t recognize, there is no immediate trust, especially when nothing comes up on searches elsewhere,” he said. “It’s worth it to tie the brand to Scratch because there is a guarantee of quality in that name.”

Big B’s Southern Fry is only available on DoorDash, and food can be ordered seven days a week from 11 AM to 9 PM.