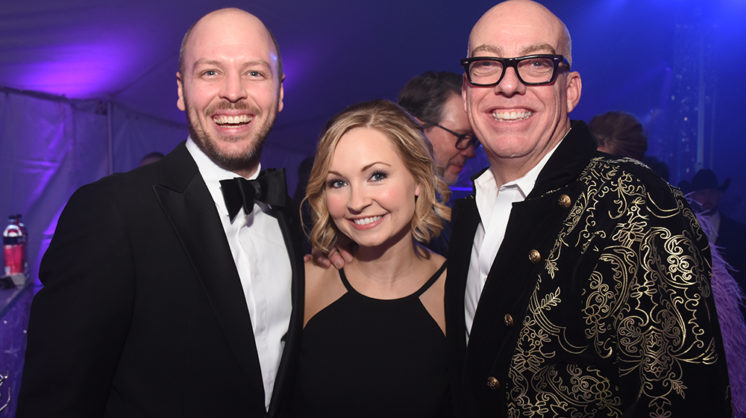 The event known as Glitter Ball already has seen aerialists suspended above igloos while surrounded by real snowfall – and organizers promise that this year, “absolutely nothing is beyond the imagination.”

The deadCenter Film fundraiser on Jan. 26 will be loaded with glitter, fringe and spandex, as the event takes on a ’70s-style Glam Rock theme.

Glitter Ball started in 2014 to benefit the 16-year-old organization, and to celebrate the birthday of Norman filmmaker Melissa Scaramucci – who, along with producer Cacky Poarch, will be honored at this year’s Glitter Ball with deadCenter’s Festival Icon Award.

“No two people are more deserving of an award from deadCenter than Cacky Poarch and Melissa Scaramucci,” according to deadCenter Executive Director Lance McDaniel. “These two women took over a small local festival in its third year, and turned it into one of the most respected regional film festivals in the world.”

“Glitter Ball is the party of the season for downtown Oklahoma City,” says Douglas Sorocco of Dunlap Codding on Film Row, the host venue and presenting sponsor. “It is particularly rewarding to support deadCenter, an arts organization that does awesome work throughout the state.”

More information and tickets can be found at deadcenterfilm.org/glitterball.