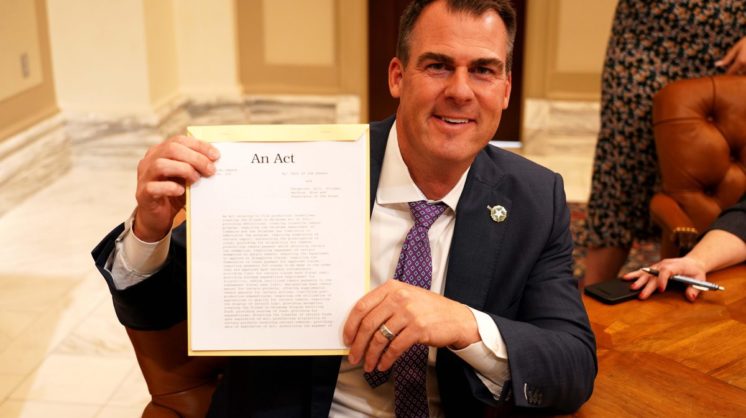 Oklahoma Gov. Kevin Stitt signed new legislation designed to attract higher impact film and television productions to the state. The legislation was adopted on May 24, 2021.

Senate Bill 608 establishes the Filmed in Oklahoma Act of 2021 that will increase the state’s film tax rebates and eligibility threshold for major motion picture and television productions created in the state.

Proponents of the legislation hope the measure will grow local employment opportunities and infrastructure as well as stimulate economic impact in Oklahoma’s rural communities.

“It is my privilege to serve the greater community of Oklahoma, as well as work alongside our state’s thriving film industry, which creates local jobs and stimulate positive economic impact throughout the state,” said Oklahoma Lt. Gov. Matt Pinnell. “The passage of this new film program is on par to carry forward the record-breaking trajectory we’ve seen in recent years, and will bring expanded, positive impact while continuing to add value to Oklahoma’s overall state image.”

“I have watched many people work very hard over the years to bring this to fruition and am honored to help lead Oklahoma into a new era of opportunity – one which will not only benefit urban areas, but rural communities as well,” said Oklahoma Sen. Roger Thompson chairman of the Senate Budget Appropriations Committee. “The more I learn about the film and music industries’ ability to diversify our state’s economy, the more excited I get about championing further growth.”

The revised incentives created by the Filmed in Oklahoma Act of 2021 allow the state’s industry to successfully retain its current independent film production clientele, many of whom are repeat customers or local filmmakers, while simultaneously working to attract higher impact studio productions to the state, the Film + Music Office said in a press release.