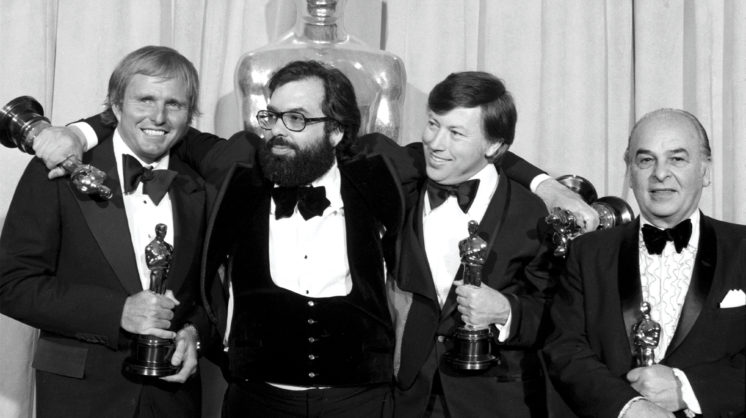 He is the only Oscar-winning filmmaker who lives in Oklahoma. He produced three of the 100 greatest American films of all time, selected by the American Film Institute. Plus, he founded and serves as artist in residence for the largest film and video program in Oklahoma at OCCC. Gray Frederickson is an Oklahoma legend.

Every single production that takes place in Oklahoma is filled with people who were trained by, worked with or took classes from Gray Frederickson. The impact he has had on the Oklahoma film industry is immeasurable – and with three film and television projects already lined up for 2018, he is still the hardest working man in show business.

Gray Frederickson grew up in Oklahoma City and attended Casady School and the University of Oklahoma. After graduation, he moved to Europe to travel and to teach water skiing to wealthy Europeans. He was working in Switzerland when he met a movie producer from Italy, who convinced him to move to Rome and start making films.

In Italy, Frederickson dove in headfirst, serving as producer on his very first film, Nakita. His competence on that film led to other producing jobs. Eventually, he was hired by legendary Italian director Sergio Leone to manage the production of The Good, the Bad and the Ugly with Clint Eastwood.

Its success inspired Frederickson to move to Hollywood and launch his career stateside. He continued to work with Italian producers doing films in Hollywood, and landed a production manager job for Robert Redford on Little Fauss and Big Halsy. But his career and life changed when he was hired by Albert S. Ruddy to help produce The Godfather.

The Godfather is now considered one of the top three films of all time, alongside Citizen Kane and Casablanca. But before it was made, gangster movies were out of fashion, and the Italian bosses in New York were doing everything they could to prevent a mafia film. Frederickson’s experience working in Italy, and his connections with people there, helped ease the tensions and open up discussions that led to the picture being made.

Frederickson was the person who gave S.E. Hinton’s book to Coppola. He believed that The Outsiders was not only a great story, it was one that could be told more authentically if it was filmed on location in Oklahoma. Frederickson flew the director to Tulsa, led the location scout and convinced him that the studios would be far less intrusive if they made the movie in Oklahoma. Coppola agreed. The film was produced in Tulsa, kicking off a string of productions in Oklahoma that continues to this day.

If all Gray Frederickson did were produce Oscar-caliber movies with Francis Ford Coppola, he would still be a legend. But Frederickson’s next move would prove to be his most significant: After writing the original story for the Drew Barrymore film Bad Girls, he moved his wife and two kids back to Oklahoma to help build the film industry here.

Since his return to Oklahoma, Frederickson has produced more than 15 feature films, including the Emmy-winning documentary Dream No Little Dream: The Life and Legacy of Robert S. Kerr. The academic program he started at OCCC has trained thousands of working professionals in the film, video and commercial advertising business in Oklahoma and beyond. And his connections to Hollywood have allowed Oklahomans to work with movie titans such as Francis Ford Coppola, who produced a live cinema event at OCCC using all locals in the cast and crew.

Gray Frederickson is an Oklahoma legend. Not because he won an Oscar, but because he leveraged his own personal success to elevate the lives of others and provide opportunities for thousands of Oklahomans to accomplish their own dreams.