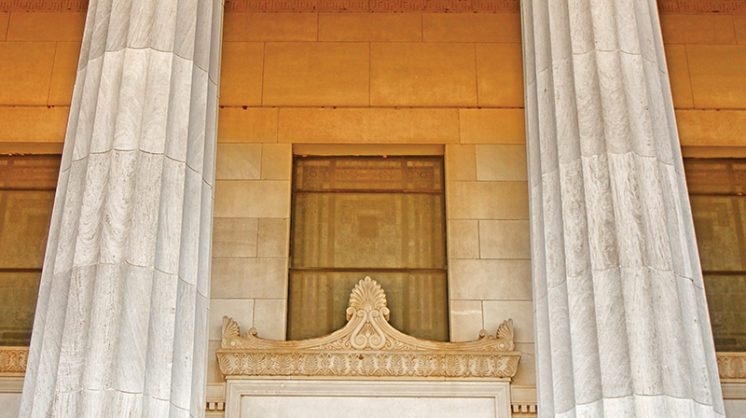 THE CLAIM: With 400 stained glass windows and 14 rooms, each designed to showcase a different world culture – from Assyrian to French Gothic to Roman – the Scottish Rite Temple in Guthrie ranks as the largest Masonic temple in the world.

FACT CHECK: Close, but no square and compasses: The Guthrie temple, whose stately entrance is shown here, is the largest Scottish Rite Masonic temple in the world. However, the largest Masonic temple overall is the 14-story Masonic Temple in Detroit, which opened almost exactly 90 years ago – on Thanksgiving Day in 1926 – after six years of construction.

The Detroit edifice was designed to house 47 distinct Masonic orders and to serve as a civic center for the city. The imposing Gothic complex houses 1,037 rooms, ranging in design from Corinthian to Art Deco and including cathedrals, chapels, two ballrooms, hotel rooms, a pool hall, a 16-lane bowling alley, a swimming pool, a 160-foot-long drill hall and a 4,404-seat venue ornamented in elaborate Venetian Gothic style, which has hosted acts ranging from The Who to Jascha Heifetz to Jimi Hendrix to B.B. King.

While not quite as immense, the Guthrie temple is also available to lease for musical performances, weddings and other events, and to visit for public tours ($5) twice daily on weekdays. And it is quite a bit closer to home.