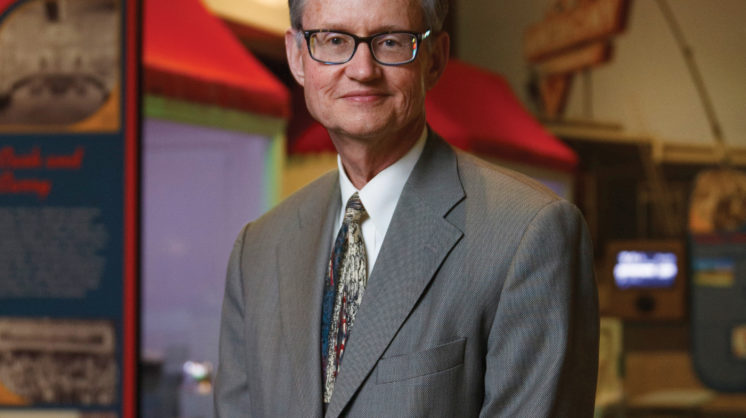 Oklahoma has a rich and colorful heritage, one that began long before statehood. From the Tallgrass prairie in the west to the rolling green hills in the east, the history of Oklahoma lies as much with its people as it does with its landscapes. Preserving that heritage falls not only to state historians; it’s a matter for local communities, civic leaders, even each family who wants their legacy preserved for generations to come.

History can also mean big business for the state; whether it’s Tulsa’s Gilcrease, OKC’s National Cowboy and Western Heritage Museum, the OK Route 66 Museum in Clinton or the Beutler Brothers Rodeo Museum in Elk City – all play a role in the state’s tourism industry.

“How do you connect the dots of all these individual assets?” says Dr. Bob Blackburn, executive director of the Oklahoma Historical Society. “How do we pull together these resources into a business plan that fuels heritage tourism?”

That takes leadership, he explained.

“Right now, I am very optimistic, because we have a lieutenant governor – Matt Pinnell – who has made heritage tourism the cornerstone of his administration,” Blackburn says. “We are working with him on a number of different levels. One of the first things we did was to begin work on creating a Route 66 Centennial Commission, because in 2026, it will be 100 years old. So we are working on pulling all our assets together on Route 66 and asking, ‘What can we do together?’”

Blackburn said he is working with the lieutenant governor and others on a business plan that will take advantage of all the state’s assets.

“In my opinion, we can make better decisions about how to deal with our challenges or seize opportunities if we know our history.”
– Dr. Bob Blackburn

“We can do that with our 30 museums and sites under our umbrella,” he says, “and we can reach out to others throughout the state and let them know we want to work together. But we need someone to create that comprehensive umbrella to pull everyone in and create a business plan, and I think Matt Pinnell can do that.”

Preserving the state’s history as a tourism and money-making venture is important, but so is capturing that history so people can learn from it in the future.

“We have an ingrained knowledge from what we know from our parents, and our grandparents, and our aunts and uncles,” says Blackburn. “A lot of people have that ‘clan history.’ We know what was important to Grandma is probably important to me, but we need to look beyond that. What is the bigger story? What was the impact of the railroads, the highways, agriculture, oil and gas? That information needs to be collected and preserved. Every generation needs to look at that evidence again.”

For example, Blackburn said the history of Oklahoma in the 1930s with a “New Deal” spin would look different than the historians of the 1980s with more of a “Reagan” kind of spin on history.
“If we’re going to make good decisions today in any community, whether it’s the community of the nation, the state, the county, the town, the neighborhood – whatever the community is – we all face challenges and hopefully seize opportunities,” he says. “In my opinion, we can make better decisions about how to deal with our challenges or seize opportunities if we know our history. Hopefully, people will look back on what we have done in the late 20th and early 21st century and see that we made progress in telling our story and preserving where we came from.”

Pulling together the history of Oklahoma is like putting together pieces of a mosaic, he said. Oklahoma was a political creation, created from land that was left over.

“We are a land of immigrants,” Blackburn says. “People came here from different places with different political and social and economic baggage. They had their own worldviews and their own religious views. It came in little bitty snippets. These stories around the state make the story more complex. So, you take all these stories and try to make sense out of it, and it’s very difficult. I feel like we are still collecting the foundation materials to understand our state. But out of all those stories comes a vigorous culture of hard work and values and being friendly. And bottom line – that is our Oklahoma attitude.”