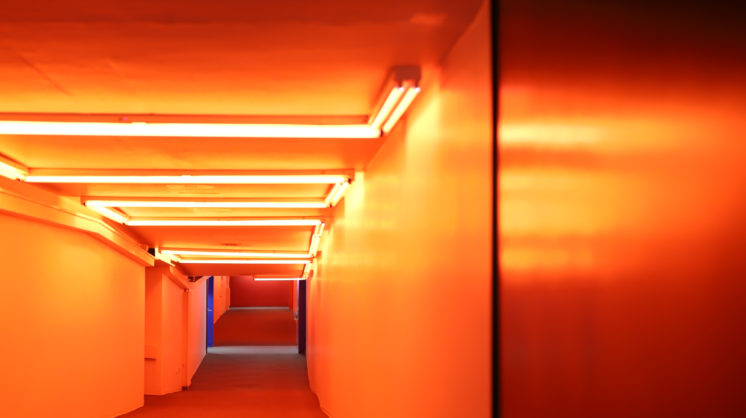 So, the story goes that there is a tunnel under the HiLo Club at 1221 NW 50th in Oklahoma City, through which bootleggers used to smuggle alcohol and later – in the 1950s and 1960s – that gay couples used to escape public lewdness raids.

“None of that is true,” says Chris Simon, HiLo’s owner. “I hear the stories all the time, and I usually don’t correct them, but since we’re doing a story, it’s best to be honest.”

The purported tunnel at HiLo is a perfect example of how hidden things take on an air of mystery in the absence of solid information. A mystique builds around the hidden thing, and begins to generate more stories, more exaggerations and, honestly, more fun. That sense of something hidden and mysterious helps keep the thing alive in people’s consciousness.

In fact, people who debunk the stories are often looked at as joy stealers or dream crushers. Take as an example, the phenomenon known as Magnetic Hill near Davis in southern Oklahoma. The story goes like this: If you park your car at the bottom of this long, gently sloping hill and put the car in neutral, a powerful force will pull your car back up the hill, sometimes at speeds close to 40 mph.

Amid all the stories of electromagnetic phenomena, giant balls of lead buried under the top of the hill, and aliens (not as unlikely as that trope used to be; thanks, 2020), we found the more subtle, more complex and likely true story of a guy with surveying equipment who constructed a topographical map of the surrounding hills, only to discover that the “bottom” of Magnetic Hill is actually the peak of a long slope, so the force you feel is standard gravity mixed with an optical illusion. Still fun, but not mysterious.

The truth of the HiLo tunnel isn’t as fraught with peril as the legends surrounding it, either, so we are a little bit sorry for this next joy-stealing part: “The best guess is that it was a service tunnel for unloading trucks,” says Simon. Not bootlegger trucks? “No. Just produce and stuff for the Hi Club’s kitchen.” It doesn’t cross under the street to Edna’s, either. “No, it runs from what used to be the kitchen to the parking lot on the north side of the building,” Simon says. But not all of hidden Oklahoma is as anticlimactic, and while most of the state’s mysteries – like the “spook light” near Quapaw and Magnetic Hill – have been solved, the lore that surrounds hidden sites and artifacts is still fun and fascinating. 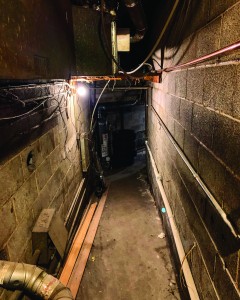 Oklahoma City’s other tunnels are better known, and while very little mystery attaches itself to the Conncourse (named for banker Jack Conn), now known as the Underground, the tunnels are still a must-see for locals and tourists. Addison Ball of Downtown OKC Partnership manages the tunnels. He acts as tour guide for groups and as a font of knowledge for curious journalists.

“The tunnel from the Skirvin was the first of the tunnels,” Ball says. “It was built in 1931 to connect the hotel to what was then the Skirvin Tower. Tunnels were added over the years to connect downtown businesses, and the Conncourse opened in 1974. The new color-coded scheme in the renamed Underground was Oklahoma City architect Rand Elliott’s idea, when he redesigned the tunnels.”

Yes, most residents know about the tunnels, but that doesn’t make them less interesting. Not only do some of the most fascinating archival photos from OKC’s history adorn the walls, local artists are now working down there, and the light installations are beautiful.

Ball even let us into an unfinished tunnel – but there were no underground cities, no giant rats, no urban pirates, alas. Just dust, very stale air and bouncy acoustics. We aren’t allowed to publish the location of that particular tunnel, so at least some mystery remains. 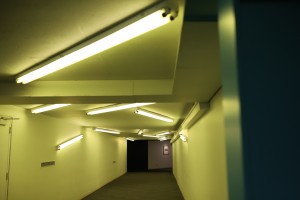 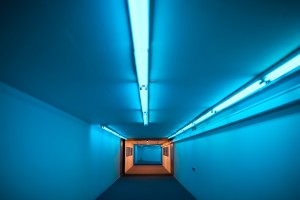 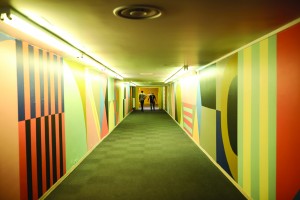 Castle (sort of) in the Woods

Collings Castle near Davis is more a riff on Scottish Baronial architecture, but that particular style did borrow heavily from the United Kingdom’s historic castles. The native stone house features knock-off ramparts, parapets, a battlement of sorts with real crenels and merlons (the teeth of a battlement), even a small flanking tower. The name comes from the original owner, Dr. Ellsworth Collings, dean of education at the University of Oklahoma.

The house was abandoned in the 1980s, and it’s located above Turner Falls. It’s open to the public, but be warned that some of the areas are very tight squeezes. 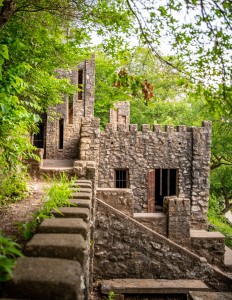 No mummy movie would have ever been scary if the antagonist was named Tutu. The Mummy’s Imhotep was a much better choice, but truthfully, still not scary. Tutu at least has the advantage of being real, and you can find her mummified remains at the Mabee-Gerrer Museum of Art in Shawnee.

Fr. Gregory Gerrer, a Benedictine monk at St. Gregory’s Abbey in Shawnee, purchased Tutu – who lived in the 4th century BCE – in 1921. In 1963, she underwent a CT scan, the results of which are available on the museum’s website, where you’ll find gems like this:

“(Bob Pickering) found that Tutu’s brain was removed via the nose as is normal in the mummification process (the bones in the nasal passages have been broken).”

Along with Tutu, the museum has tons of information about mummified animals, especially cats, as they were often treated as sacred in ancient Egypt in honor of the goddess Bastet. Included in the collection is a fake cat mummy, another common item from the period, which people purchased at temples to honor Bastet. The details of the execution method of the cats are best left hidden for this piece.

Back to the Woods

Located near Sand Springs, the Keystone Ancient Forest is a 1,360-acre preserve for an old growth forest that includes oak and red cedar trees, many older than 500 years. The area is open to hikers, but because of the restricted access and even annual quotas, most Oklahomans will never get to see the ancient forest.

For perspective, many of the trees in Keystone were already old when the first Spanish explorers arrived in what is now the United States. Trails are cut through to maximize visibility of various species, including eagles, bobcats and approximately 80 species of butterflies. The hike provides a rare opportunity to interact with Oklahoma as it was 500 years ago. 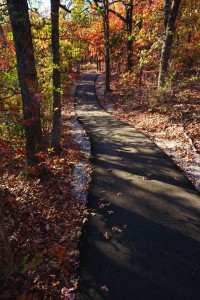 One of the Greatest Names in Oklahoma

Muckleshamingo. How are there not a hundred children’s books about a guy with this name? The story is worth knowing, so the history is worth telling. Bill Welge, retired director of research for the Oklahoma Historical Society, put us on the trail of a document signed by then-President George Washington.

“The document is in the archives, and it commemorates the commission of a Chickasaw Nation chief as a Captain of the militia,” Welge says. “We have the original document on parchment.”

Archivist Mallory Covington located it for us, and we found a bit of its history in History of the Choctaw, Chickasaw, and Natchez Indians, a book by Horatio Cushman, published in 1899. Cushman relates the history thus:

“In 1794, the United States Government secured the aid of several companies of Chickasaw warriors to co-operate (sic) with its troops against some of the Northwestern tribes of Indians with whom it had become involved in war … the cause (of which) is not now known …”

Cushman names “Mucklesha Mingo” in the book, but Washington’s commission combines the two names. Cushman explained that the name is a corruption of Mokulichih Miko, which he defined as “to outdo or excel.”

The search for hidden things always leads to more stories, and so we weren’t surprised to find that archives in museums and historical societies have papers from the time of King Henry VIII to Queen Victoria, a letter from Thomas Jefferson and scientific documents from Galileo, Isaac Newton, and others.

Stories abound throughout the state of haunted forests, like the Parallel Forest near Lawton, haunted houses, freaky phenomena and fascinating people. The debunking might be less fun, but sometimes the real stories are even more compelling than the lore.