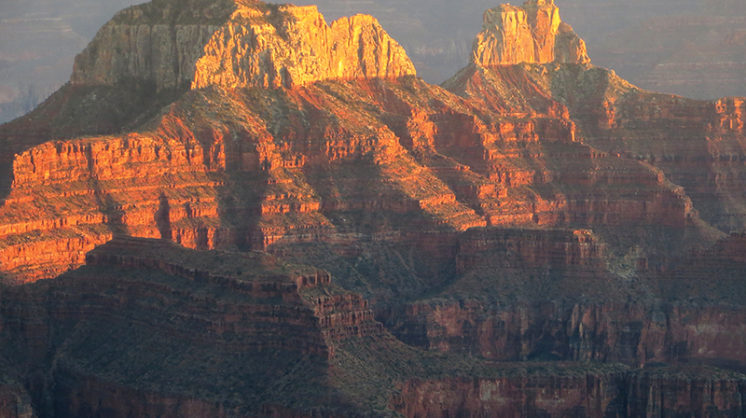 Everybody loves a birthday party, and there’s a big one this year: The National Park Service turns 100. And who gets the gifts? We do – America’s national parks, monuments, historic sites, all the 400-plus units of the NPS are a treasure protected for us and for our children. So my husband Jack and I decided to open as many presents as we could. We found plenty in northern Arizona.

Petrified Forest National Park is bisected by I-40, popularly known as Route 66 – although it’s simply close to, not exactly on, the original highway. North of the highway, the park is characterized not by petrified wood but by the Painted Desert, part of a large swath of landscape that covers many square miles of the Four Corners area where Arizona abuts Utah, Colorado and New Mexico.

South of I-40 was where we started seeing the petrified pieces of what once were giant trees. More than 200 million years old, these trees were once standing tall in a tropical rainforest. Over eons, fallen trees were acted on by changing rivers and deposited sediment. Water and minerals soaked into the wood fiber, replacing it with mineral deposits – literally turning the wood to stone. Erosion worked to uncover the petrified trees; more erosion removed soil from beneath sections, causing them to fracture into chunks that look as though they have been cut by a saw. The pieces now are basically quartz – but traces of other minerals have created beautiful colors.

A number of overlooks on the route south provide good photo ops, with Agate Bridge a particular favorite. Here a 110-foot log fell, and erosion dug a ravine beneath it. In 1917, park workers built a concrete support bridge to keep the log from fracturing.

The Crystal Forest stop features a three-quarter-mile-long trail past pieces noted for particularly striking colors. Be sure to stop at the Rainbow Forest Museum for information on the geology and paleontology in the park. Walk the Giant Logs Trail behind the museum – a short trail with hills and stairs that’s not wheelchair-accessible, but filled with cool sights. A section of the trail is actually part of an ancient riverbed, and on the platform at the top you can see “Old Faithful” – not the geyser, a massive piece of a giant tree weighing approximately 44 tons. 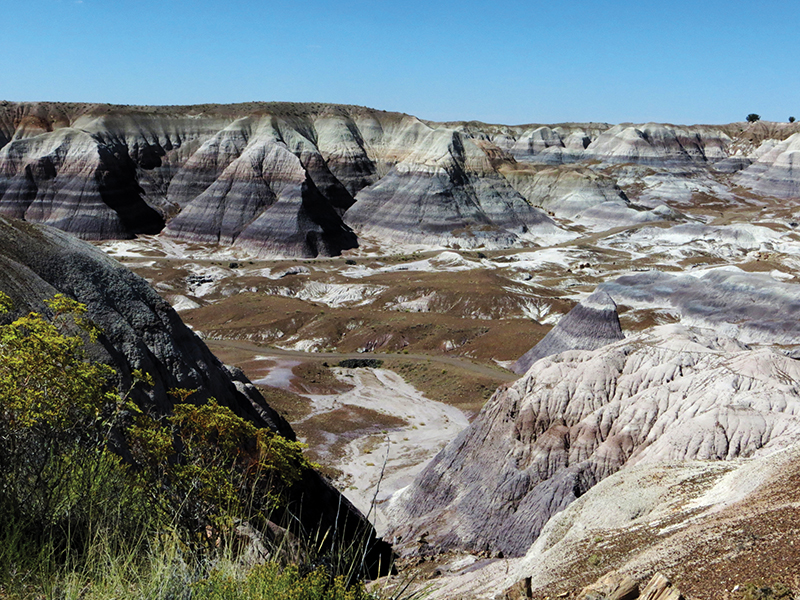 Rejoining I-40, we made a quick stop just east of Flagstaff at Walnut Canyon National Monument. The deep canyon here is noteworthy for its biodiversity, which made it an appealing home for ancient Native people. Most importantly, it had water in a dry land.

Our ultimate destination was the North Rim of the Grand Canyon, but we had a couple more surprises on our route. As we headed north, almost to the Utah border, the scenery became increasingly stunning, thanks to towering red rocks. Each turn of the road elicited another “Wow!” We later discovered this was Vermilion Cliffs National Monument, an area with no visitor center or obvious amenities – just spectacular scenery.

Crossing over the Colorado River, we detoured to the Navajo Bridge Interpretive Center (closed in winter) where we discovered we were in the very tip of Glen Canyon National Recreation Area. When the Navajo Bridge was completed in 1929, it was the only bridge across the Colorado River for 600 miles and would become part of the first direct highway between Arizona and Utah.

We walked out onto the old bridge for a great view of the new bridge to the south. The green Colorado was 467 feet below, and above, we spotted a California condor. Once native to the area, they were virtually unseen for decades. Thanks to a 1996 recovery program, the population has grown from six to approximately 76.

Just beyond the bridges, we took another road leading to Lees Ferry. No ferry now, but you’ll find a nice picnic pavilion and a launch area. This is where many Grand Canyon raft trips begin. And while the center is closed in winter, the spot is fine for wading on a warm day. 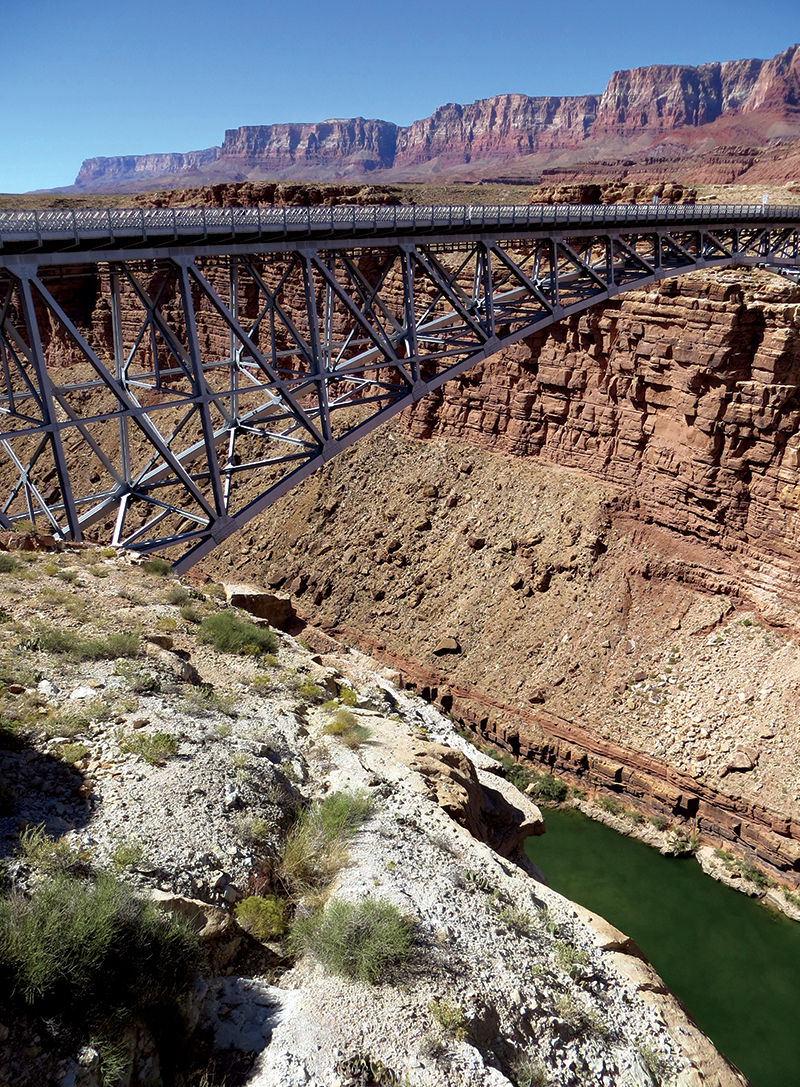 From Both Sides Now

Jack and I had visited the South Rim of the Grand Canyon in spring 2013. The North Rim, at a higher elevation, is only open from mid-May until mid-October. But now it was September – the perfect time to go. The aspens were just turning gold, and most summer visitors had gone home.

The views are just as wonderful, but the facilities are much smaller. With one main lodge, cabins and motel-like accommodations, reservations fill fast even at the end of the season. Reservations for the following season open in October.

Activities include hiking, ranger activities, trail rides and photography, and from June 1 through mid-September cookouts feature cowboy fare and entertainment. The Grand Canyon Lodge has spacious verandas for great views, and the main dining room is ideal for watching the sun go down.

This is the year to get out and go celebrate the saving of America’s most significant sites. A special birthday program is Every Kid in a Park, giving every fourth-grader in the nation a free park pass (parents are included) for the rest of their fourth-grade school year and the summer months. Don’t pass up the chance to sing “Happy Birthday” to the National Park Service.