Holistic Health and the Road to Recovery - 405 Magazine 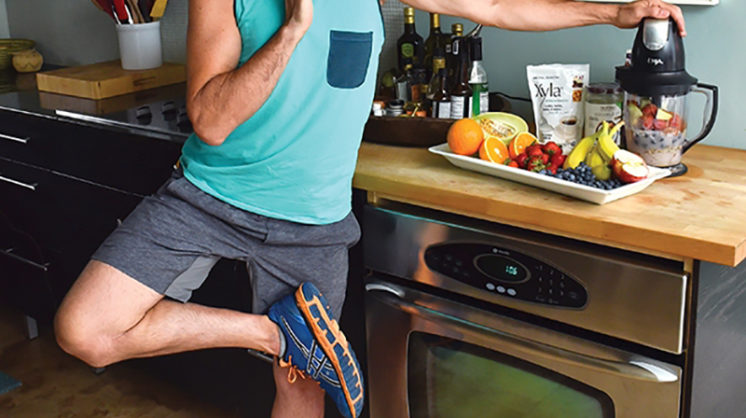 James Siderias had his first substantial sports-related injury while still in middle school.

Actually, he was learning to square dance. Many of us are old enough to remember when teachers insisted we learn this utterly useless pursuit, including the embarrassment of trying to look cool while dosey-doing. During a promenade or allemande, Siderias broke his ankle.

As a 40-year-old attorney, that injury can still cause issues for his workout routine, and like many other lifestyle athletes, Siderias is seeking out conservative, non-medical methods of staying fit and healing from injuries, current or chronic.

“Nearly all my injuries are from carelessness,” Siderias says. “Those that aren’t come about from over-training or not taking care of minor injuries in a timely manner.”

Siderias and Scott Hines, a KFOR-TV journalist, both attend Pilates classes at The Pilates Edge on Wilshire Boulevard. If you thought Pilates had lost out to yoga, you are not alone, but the discipline is still around, and in fact it was originally developed to rehab injuries. According to René Craig, owner of The Pilates Edge, the creator of Pilates developed the exercises while working with wounded veterans on the Isle of Man.

“Everyone who works out regularly will develop overuse patterns,” Craig explains. “Pilates helps you achieve muscular balance from back to front and side to side, thereby helping overcome the muscle imbalances.”

For Hines and Siderias, that muscle balance is only one piece of a holistic approach to balanced health and injury treatment. Hines ran his first Ironman triathlon last November.  It also was his first triathlon. The physical training – cycling, swimming and running – required a change in lifestyle.

“When I told people I was going to train for the Ironman, I could tell by the looks on their faces that they thought I would die,” says Hines. “I did make mistakes, though, including doing too much too fast.”

That overuse came back to haunt him on mile 14 of the marathon. (A full marathon is part of the Ironman.) A previous knee injury nearly ended the race for him, but he slogged through with a kind of rolling limp/run/walk. After the event, he knew he needed to start healing his body, but like Siderias, he did not want to use invasive medical procedures.

“I’m a huge fan of essential oils,” Hines says. “I use Young Living oils for many things, including an ‘allergy bomb.’ I used to be on heavy medication for my allergies, but with the oils, I’ve been off the meds for three years.” 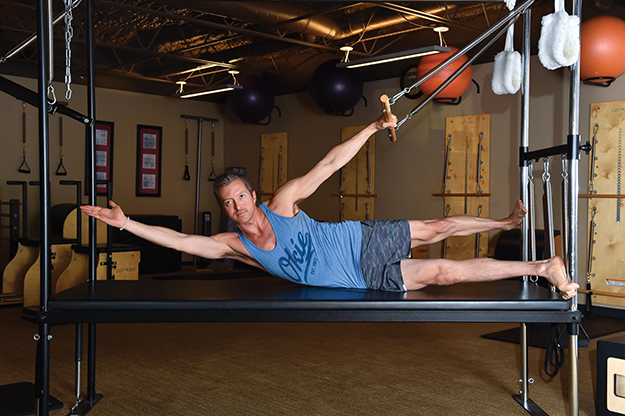 Siderias said he uses essential oils both topically and orally for healing, too. He avoids over-the-counter painkillers in favor of natural remedies.

“I drink a shot of wheatgrass, juice fruits and vegetables, make smoothies and take supplements like turmeric and magnesium,” Siderias says.

There are no magic bullets for healing up or staying healthy. Supplements, juices, essential oils and exercise all work together in the men’s health regimens. Nutrition is critical for both men, and they have chosen different paths.

“I transitioned to a plant-based diet,” Hines says. “It’s not for everyone, and I don’t use the word ‘vegan’ because it’s a diet that’s best for me, not one I embrace for ideological reasons.”

Siderias still eats meat, but he is careful how much and what kind of protein he eats. “I’m essentially on a paleo diet,” he says. “I avoid sugar of all kinds and the obvious carbs. For protein, I focus on grilled chicken or grilled fish.”

Yoga and muscle activation therapy – a relatively new treatment that focuses on stimulating muscles – are important in both regimens. As important as all these things is the mental life, though. For Hines, the external healing follows internal healing, as in the thoughts and traumas and insecurities with which we all deal. Siderias talks about keeping his “eyes on the prize.”

There are, after all, multiple paths on the road to wellness, but the merit of their collective goal can’t be argued: taking care of yourself is worth the effort.