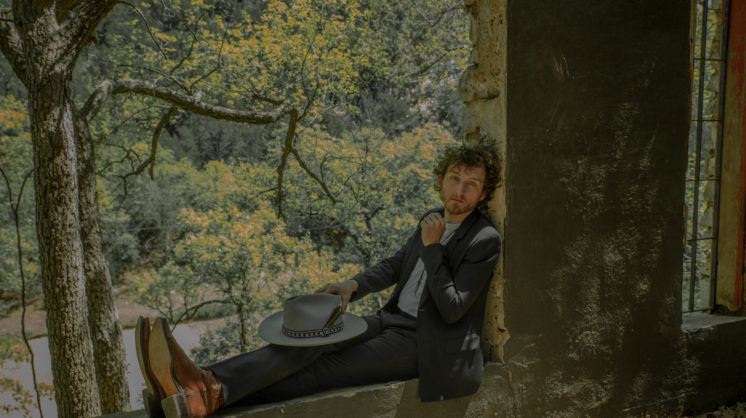 Not many silver linings have appeared during the current world health crisis, but technology makes it possible to stay in touch, feel less isolated in the age of social distancing and dance like no one is watching.

The current spread of COVID-19 comes at a time when social media, online video and the creative use of widely available tech is helping Oklahoma musicians get in front of their audiences. For these musicians and venues, making contact and playing their music is not just a fun thing to do during the era of social distancing — it is a survival strategy.

One venue that quickly moved forward with streaming concerts is Ponyboy, 423 NW 23 St., the cocktail bar adjacent to Tower Theatre. Over a long weekend, March 18-22, the venue deployed its first round of Live from Ponyboy concerts, featuring sets from Jabee, Carter Sampson, Tyson Meade and Greyson Chance. The next round includes Husbands (March 26), Twiggs (March 27), Carte Blanche (March 28) and Mallory Eagle (March 29). More will follow, and all performances are available through Ponyboy’s Facebook page, www.facebook.com/ponyboyokc.

As part of its efforts to support local players, 51st Street Speakeasy, 1114 NW 51 St., is promoting live online concerts that everyone in the quarantine can enjoy. Acclaimed singer-songwriter Carter Sampson is performing hour-long concerts for families, 10:30 p.m. Monday-Friday at Speakeasy’s Facebook, https://www.facebook.com/51st-street-Speakeasy. During each performance, Sampson performs poems by writers like Shel Silverstein, reads children’s books and sings her favorite songs. Sampson has confirmed performances through April 10.

Arts Council Oklahoma City has moved its Art Moves performance series to its Facebook page, featuring performances by local musicians, at their homes or in the open air, at noon Monday-Friday. Past performances include Elizabeth Speegle Band, John the Franklin, Wood Willow, Susan Herndon and Chase and Emily McCumber. The performances are captured by Dennis Spielman of Uncovering Oklahoma. Enjoy the series at www.facebook.com/ArtsCouncilOKC.

Beginning on Friday, March 27 at 7 p.m., Scissortail Park will broadcast a series of privately recorded musical performances featuring different Oklahoma artists. These free, weekly concerts will be streamed on the Scissortail Park Facebook page, https://www.facebook.com/Scissortailpark/, and on the Scissortail Park OKC YouTube channel. The first Scissortail Streams concert to be featured is a performance by Oklahoma singer/songwriter/producer, Jason Scott who in 2017 co-produced his own 5-song debut EP Living Rooms with fellow Americana Okie Travis Linville. The debut video will be released at 7 p.m. on Friday, March 27.

Rachel Lynch of Rachel Lynch and the Day Drinkers performed her first online show March 18, opening her digital tip jar for a 75-minute concert and then a follow-up performance March 23. Both of those shows and Lynch’s future living room gigs are available at www.facebook.com/ladylongboarder. She accepts Venmo, PayPal and CashApp.

This column will be updated weekly. To list your performances, email George Lang at geolang@gmail.com