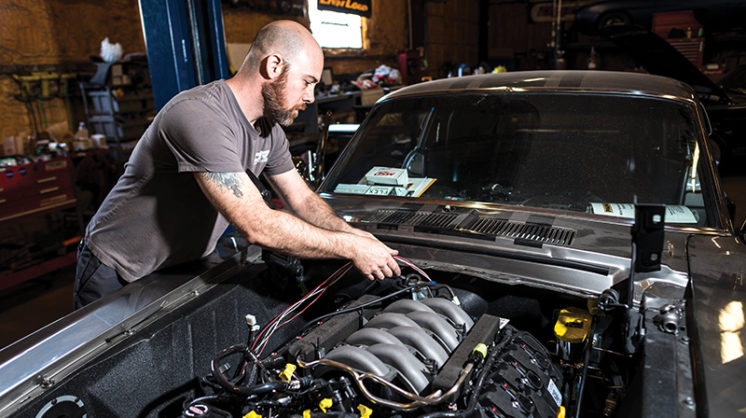 A sharp staccato note barks out the aluminum racing exhaust, causing old men to turn their heads and smile, stray dogs to run for cover and young mothers to clutch their children close to their chest. With a blip of the throttle, this 770-horsepower raw-edged American muscle car is ready to turn expensive Michelin rubber into billowing clouds of blue/black smoke.

Another Shelby GT-500 Mustang is born, built by the self-described “car nuts” at Classic Recreations in Yukon, Oklahoma.

After growing up in his father’s Bethany-based used-car business, building a multitude of muscle cars and more than a dozen Mustangs, Engle was inspired by the Nicolas Cage movie Gone in 60 Seconds to build an “Eleanor” Mustang. He spent more than $70,000 and maxed out his credit cards to build the car, then took it to the Barrett-Jackson auto show and promptly sold the car for $141,000. By the time he got back home from the show, he already had orders to purchase four additional “Eleanor” Mustangs. It was then that Engle and his father launched Classic Recreations.

Over the next 10 years, Engle restored a variety of high performance Mustangs, including several Shelby GT-500s.

“Carroll Shelby is a real legend,” says Jason. “He has a wonderful name in this industry, and he’s a wonderful man. I am a diehard fan. We’ve rebuilt several Shelbys, and I have an all-original unrestored 1967 GT-500 sitting at home in my garage.

“I met Mr. Shelby when he complimented me on a few cars I had done,” he says. “Later, we ran into each other in 2011 and had a real conversation. I told him that I’d love to design my own car for him and, amazingly, he said, ‘Let’s do this.’ We drew up a deal within a week.” 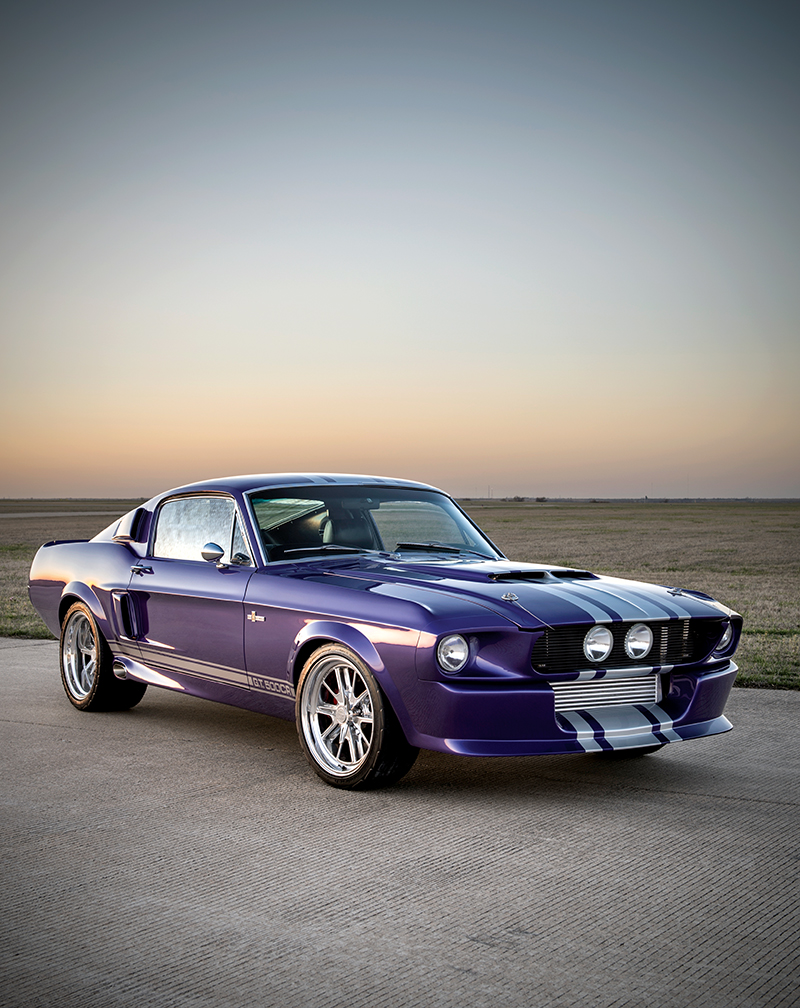 Now, Classic Recreations is the only licensed builder of Shelby Mustang GT-350s and GT-500s in the world. Each Mustang comes with Carroll Shelby’s signature embroidered on the dash and into the seats. The cars are designed with modern conveniences, such as rack and pinion steering, wishbone-style suspension, fuel injection, air conditioning, Bluetooth audio and other modern touches, while still holding true to the looks and styling of an original all-American muscle car.

“Our rebuilt Mustangs handle so much better now than the original cars,” says Preston Lindsay, business manager at Classic Recreations. “The old cars used to flop around like a dead fish. Our cars handle like a modern sports car, with classic Shelby Mustang styling.”

As Classic Recreations’ reputation grew, so did its orders – and, consequently, its employee count. Staffed by self-asserted “car guys,” the company is housed in a small multi-building complex just north of downtown Yukon and only blocks from the world-famous Route 66.

“Everyone who works here is a car guy,” says Lindsay. “Once they have built up a level of trust, they are able to come in here and work on their own cars on the weekend. They are real craftsmen.”

This enthusiasm is easy to see in the parking lot of Classic Recreations, where you can spot beautifully crafted antique Chevy pickups, old Land Cruisers and other employee projects in various stages of restoration.

Yet Engle has another interest that equals his passion for Mustangs: In 2013, he and his wife became foster parents for Oklahoma children. “We had an extra bedroom in our house, and I thought we should put it to use. We already have three kids and wanted to provide a good home for other children in need.”

After experiencing the trials, tribulations and joys of becoming a foster parent, Engle saw the crushing need of getting more Oklahoma families involved with the foster system. He recently partnered with Oklahoma’s Department of Human Services on a plan to educate and attract families to participate in foster care.

He hatched a plan to set up a DHS booth at local Oklahoma car shows, and volunteers to bring one of his beautifully rebuilt Mustangs to the booth as a way to attract “car guys,” thereby allowing DHS employees to talk to car builders about becoming a foster family.

“If a guy and his wife are devoted enough to build their own custom car, I feel they would be devoted enough to be a great foster family,” says Engle. So far, the plan is working out beyond expectations. “We have already recruited several families into the DHS foster system, and we have six shows planned for the coming year.”

So stopping by a local Oklahoma classic car show and visiting the DHS booth gives you the chance to talk to Engle about his two passions: Shelby Mustang cars and Oklahoma foster care.