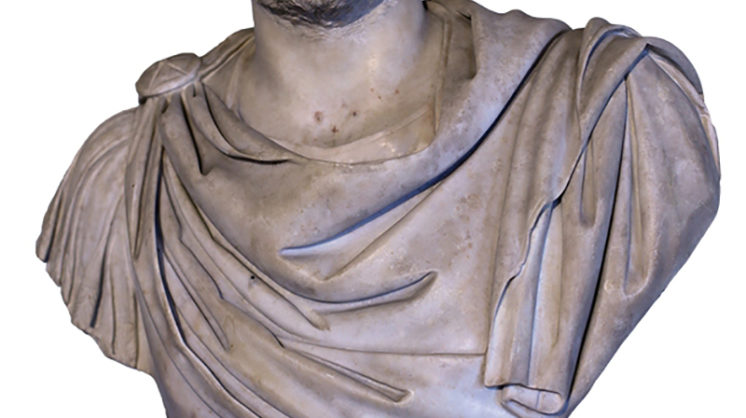 Regardless of humanity’s long-held and ongoing fascination with fountains of youth, sorcerer’s stones and holy grails, no one actually lives forever.

But fame is another story: despite the centuries that lie between their earthly ends and our modern day, more than a dozen denizens of ancient Rome are moving to Norman and taking up residence in the Fred Jones Jr. Museum of Art. Past presences fill Immortales: The Hall of Emperors of the Capitoline Museums, on display through Dec. 6.

The exhibition contains 20 irreplaceable busts from the Capitoline collection, spanning roughly six centuries in depicting the leaders of the Roman empire: from its founder Octavian Augustus to Honorius, and including Nero, Trajan, Hadrian, Vespasian (who built the Colosseum) and more.

“We chose the portraits based on three principles: the historical importance of the character; the artistic value of the piece; and the ability of the portrait to illustrate a certain shift, a certain change in the history of the art form, of imperial portraiture,” says guest curator Francesca Giani, who describes assembling this all-star collection as “an incredible opportunity.”

Because these are not solely likenesses – part of the viewing experience includes considering what message the subjects were trying to send by ordering the sculptors to make them look younger or more stern and commanding or friendlier. 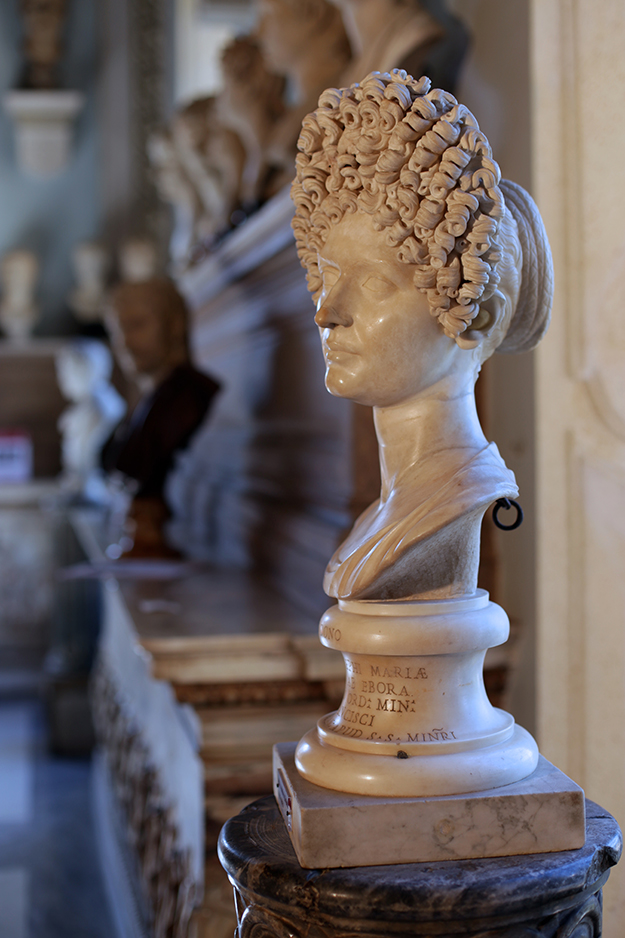 Still, there is much of the individual characters of these rulers in their busts; Giani says, “You really get a sense of the presence in our space and time of these people, who were alive at one point … and are still alive in a sense today – 2,000 years later.” That sense is what prompted the title “Immortales,” she adds. “The idea of immortality sort of echoes with Hippocrates’ aphorism that art lasts forever while life ends. These people have reached immortality, in a way, through art.”

Giani also implores Oklahomans not to miss this singular opportunity to view these historic creations: “This is the first time that these portraits have crossed the ocean in the history of humanity, and they will not cross the ocean again in our lifetimes.”

None of us, after all, are immortal.

According to Giani, one aspect of Roman sculptural portraiture that might not immediately register to modern audiences is right in plain sight: atop the head. She explains, “Hairstyle was chosen very carefully, to indicate affiliation with a previous emperor, perhaps. For instance, Nero – who descended directly from Augustus and whose regency was somewhat controversial – used the so-called Julio-Claudian hairstyle, which was modeled after Augustus, so that was his way to legitimize his at-that-point compromised position.”

The idea was that people seeing him with a coiffure like his venerated ancestor would think better of him due to the tonsorial resemblance.

“The portraits are full of visual clues,” says Giani, “so I think the exhibit is very important in that it shows how art communicates, like a hidden language.”