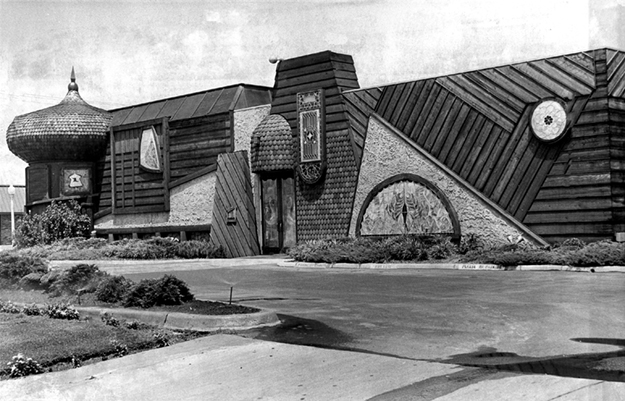 Playboy magazine once described it as “A Russian Orthodox church that mated with a ranch house.” The entrance featured a toilet overflowing with flowers and the costumed wait staff bordered on rude. But it was all part of the dining experience at “Molly Murphy’s House of Fine Repute.”

The restaurant opened in 1976 at 1100 S. Meridian, and owners Bob and Jeffiee Tayar soon turned the establishment into an Oklahoma City legend. A cherry-red Jaguar served as a salad bar. Upside-down flowerpots hung from the ceiling. If the wait staff caught you going to the potty, that private moment became very public.

The end came in 1996 after a local TV station showed up to investigate the use of restaurant coupons and a scuffle broke out. Lawsuits followed, the restaurant closed without notice and that was the end of Molly Murphy’s.