Inside the OK Songwriters Festival - 405 Magazine 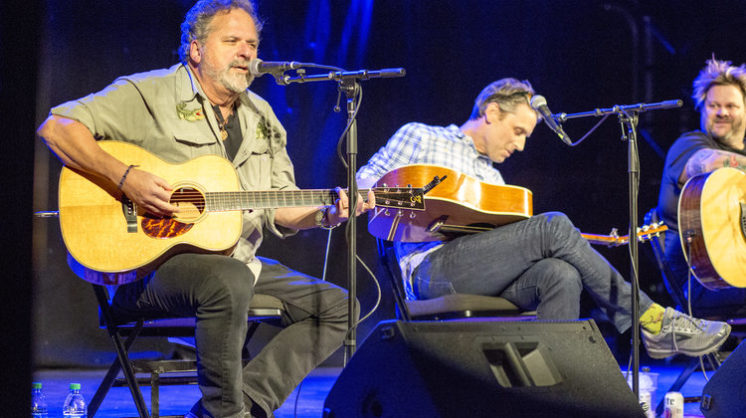 The fourth annual Oklahoma Songwriters Festival comes to the OKC metro this weekend, with events at Castle Row Studios in Del City and at Tower Theatre in the Uptown 23rd District. Ada native Zac Maloy will once again bring nationally known songwriting talent to OKC to help promote the music industry in Oklahoma.

Maloy rose to prominence in the mid-1990s as the front man for The Nixons, the Oklahoma-based band with hits including “Sister” and “The Happy Song.” In 2016, Maloy – who continued his songwriting career after The Nixons broke up – created the Oklahoma Songwriters Festival, an event that would bring some of the country’s best songwriters to his home state for the purpose of encouraging homegrown talent to try songwriting on a larger stage.

“I just wanted to bring a little bit of Nashville to OKC to help local artists collaborate with successful songwriters,” Maloy says.

With the help of his sister Tava Sofsky, the director of the Oklahoma Film and Music Office, Maloy developed the ideas that would become the festival.

“The event really emerged from a conversation between Tava, people in her office and the Oklahoma Department of Commerce,” Maloy says. “They were asking how they could help the music scene and music business in Oklahoma. I’m a songwriter, so my answer was this festival.”

For this year’s event, Maloy has invited three songwriters with credits that include some of the most recognizable songs of the last 20 years, including “Cowboy Take Me Away,” “Jesus, Take the Wheel,” and “Because of You.” Two of the songwriters – Brett James and David Hodges – are Oklahoma natives, and the third, Marcus Hummon, is now lovingly called an “honorary Okie” by the festival creators because he’s been a part of the event every year.

The four will host a free songwriting camp at 11 a.m. Saturday at Castle Row Studios, where two participants will be chosen for free mentoring sessions with Maloy and Hummon. The camp begins with a panel discussion that focuses on songwriting as a practice and a career.

“After that, we’ll open it up for an open-ended Q&A,” Maloy says. “We really don’t have an ending time in mind; we’re just going to take questions AMA (ask me anything) style."

The big event is Saturday at 7 p.m. at Tower Theatre. The songwriters will perform their songs in rounds, with local artists Kinsey Charles, Graham Colton, Tyler Hopkins and Beau Jennings kicking things off. Grammy-award-winning artist Jabee will also perform a freestyle set, and former Chainsaw Kittens lead vocalist Tyson Meade will join Maloy onstage during the evening. The event is ticketed, and prices range from $14 to $40. For more information and ticket sales, visit oklahomasongwritersfestival.com.