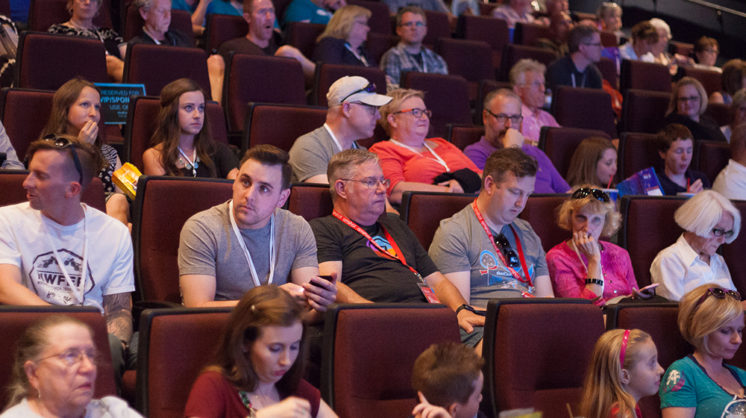 Local movies and virtual reality were the big hitters at this year's deadCenter Film Festival  as 30,000 people gathered for the cinematic celebration.

Organizers said that the Oklahoma shorts screenings sold out so quickly, the audience had to be transferred to a bigger theater to accommodate the hundreds of people in line outside. Meanwhile, the 21C Museum Hotel offered a virtual reality experience with eight films, individual headsets and a panel discussion with respected VR filmmakers on the future of storytelling.

Actor Judd Nelson, who first found fame playing tough teenager John Bender in The Breakfast Club, visited the city for the first time to present the film Kreep and to appear on a specialist panel. Joining him on the panel were the winners of this year’s Oklahoma Film ICON Awards: multiple Emmy-winning casting director Junie Lowry-Johnson and Mike Mitchell, director of Trolls and Shrek Forever After.

This year’s festival is believed to have had an economic impact of $4.5 million, and individual pass sales were up 30 percent this year, according to Executive Director Lance McDaniel.

He adds, “We had more out-of-town guests filling up more downtown hotel rooms. We added a virtual reality section, and we extended our community partnerships to expand the reach of the festival to new audiences throughout the month.”

The winners were selected by an independent panel of film industry professionals including directors, writers, producers and actors from across the country.