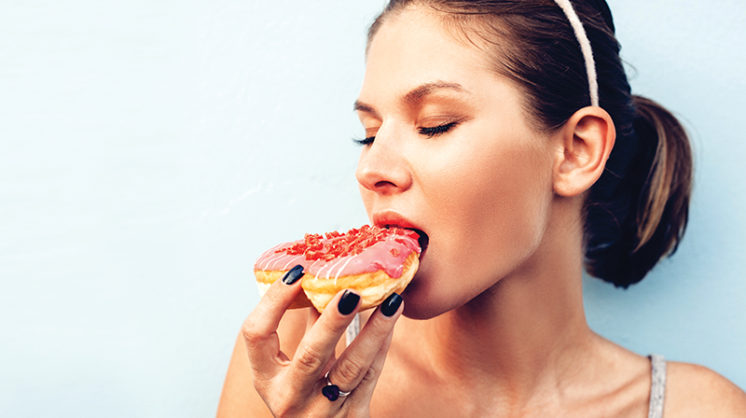 I’ve been invited to join a “steps challenge” this month, which makes the second time this summer that I’ve been mistaken for a fitness enthusiast and tells me my identity has been stolen again.

A couple of years ago, I explained my aversion to working out during an interview with a corporate trainer. He was a super-fit guy who loves to run and sweat and who, after his two intense daily workouts, probably treats himself to a wheatgrass shot from Jamba Juice and a giant bowl of steam for dinner.

We were from different universes, I told him – on the off chance that he was blind. First, I don’t like to sweat. Ever. I’ve met (and smelled) many people who actually feel invigorated when they sweat. They’re the same people who love working in the yard, playing summer sports and attending outdoor weddings in August without questioning someone’s decision to host one. For me, sweating is the express train to Cranky Town, and once I’m there, chafing and panting, I’ll send everyone a postcard.

The second dealbreaker is that I don’t make endorphins. I don’t get the “runner’s high” that makes some people feel great when they do strenuous exercise. In fact, this month’s “step challenge,” a 40-minute walk every morning at 6 a.m., is the very routine I’d turn to if I wanted to swell up like a tick and get into a quick catatonic state before I go to work with a sweat moustache. It’s a blue-ribbon recipe for anti-endorphins.

In the interest of full transparency, I confessed to the trainer that sometimes I do make endorphins. He seemed momentarily encouraged by my discovery, as though we were really about to connect. Until I added, “Every time I eat a cream-filled chocolate long john from Daylight Donuts, I definitely feel the runner’s high.”

“Ohhhhhh, riiiiiiiight,” the trainer replied as he nervously reached for the Captains of Crush grippers he kept on his desk. He still managed to give me a kindly smile while thinking, “you poor, fat fool.” He gave the grippers a good squeeze.

“Yeah, so that feeling isn’t really from endorphins,” he pointed out with a firm squeeze to his gadget. “That feeling you’re getting from a cream-filled (squeezing again) chocolate long john (squeezing harder now) is called serotonin, the pleasure hormone.”

“Well, there you have it,” I announced. “I make serotonin.”

I may have released a little serotonin right there in that moment as I took in the truth about who the trainer – Endorphin Boy – must have thought I am: Serotonin Girl, a pleasure-seeking, non-perspiring creature from a totally different galaxy who swooped into his life with a telltale trace of chocolate frosting on the corner of her mouth.

In that moment of serotonin-induced conversational clarity, everything made sense. Endorphins, I’ve read, are released in response to pain and stress – the two things I avoid more than sweating. It’s no wonder I don’t make endorphins. As Serotonin Girl, every decision I make involves the avoidance of pain, stress and sweat at every turn.

Serotonin Girl makes no apology for turning a blind eye to a step challenge in August, of all months. She’s not hardwired for pain, stress or sweating. Her fuel, her essence, her DNA are laced with serotonin – nature’s middle finger to endorphins’ pain, stress and sweat.

Oh, serotonin, I’ve loved you all along! You always know what makes me happy.  You’re the first one to greet me at TJ Maxx when a great truckload of inventory has just been put out. You’re the flourless chocolate torte from Café 501. You’re a Sunday afternoon “House of Cards” binge and the catnap that follows.

Once the appreciation for his lean, athletic physique had passed, I felt sorry for Endorphin Boy. When endorphins speak to him, they probably say, “You just gave yourself shin splints because you didn’t stop running 45 minutes ago, but don’t worry, I’ll mask the pain while you make it 10 times worse by taking on the next five miles. Oh, also, you have a nail in the sole of your shoe, but thanks to me, you won’t know it for another hour.”

When serotonin speaks, it says, “Hey, Serotonin Girl. Curl up here, love, and enjoy a warm bowl of peach cobbler. Let me run my fingers through your hair until you fall asleep.”
Endorphin Boy can’t compete with that.